Arkansas’ 53-point win was its largest margin of victory since the Hogs beat Northwestern State last season by 60. 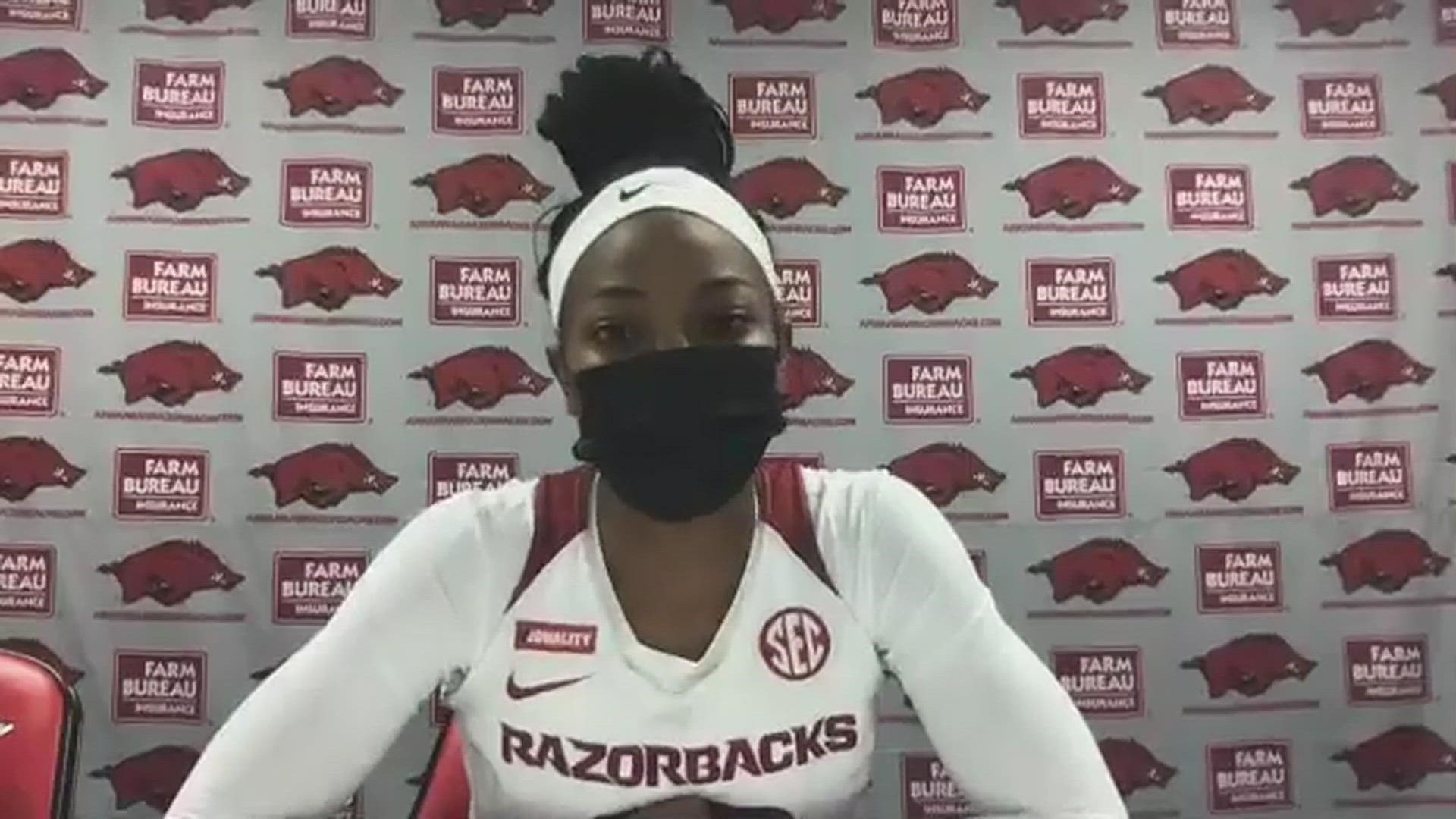 FAYETTEVILLE, Ark. — No. 16 Arkansas (4-1, 0-0) got back into the win column on Thursday night, routing Louisiana Monroe (0-1, 0-0) 103-50 inside Bud Walton Arena. Arkansas’ 53-point win was its largest margin of victory since the Hogs beat Northwestern State last season by 60. It was also Arkansas’ first time over the century mark this season, and the sixth time reaching triple digits in the Neighbors’ era.

Now Ya See Her, Now Ya Don't 💨@DestinySlocum24 is a PROBLEM in the open floor.

A balanced Hog offense, that featured six different players in double figures, was led by redshirt senior guard Destiny Slocum, who scored a game-high 18 points. Slocum also pitched in with three assists and three rebounds. Redshirt sophomore Erynn Barnum had a career night against the Warhawks, going for 17 points, the most she’s ever scored in the Red & White. She also pulled down a season-high eight rebounds.

The Hogs got down 4-0 early in the game, missing their first five shots. From there though, the foot hit the gas pedal, as Arkansas went on a 16-0 first quarter run and never looked back.

The Hogs are set to host the defending National Champions, as No. 4 Baylor is set to come to Fayetteville for the 2020 SEC/Big 12 Challenge. That game will air on ESPN2, and will tip at 5 p.m. this Sunday.