For the second straight game, No. 6 Arkansas recorded a shutout by downing South Dakota State, 4-0, in the winner’s bracket final at Bogle Park 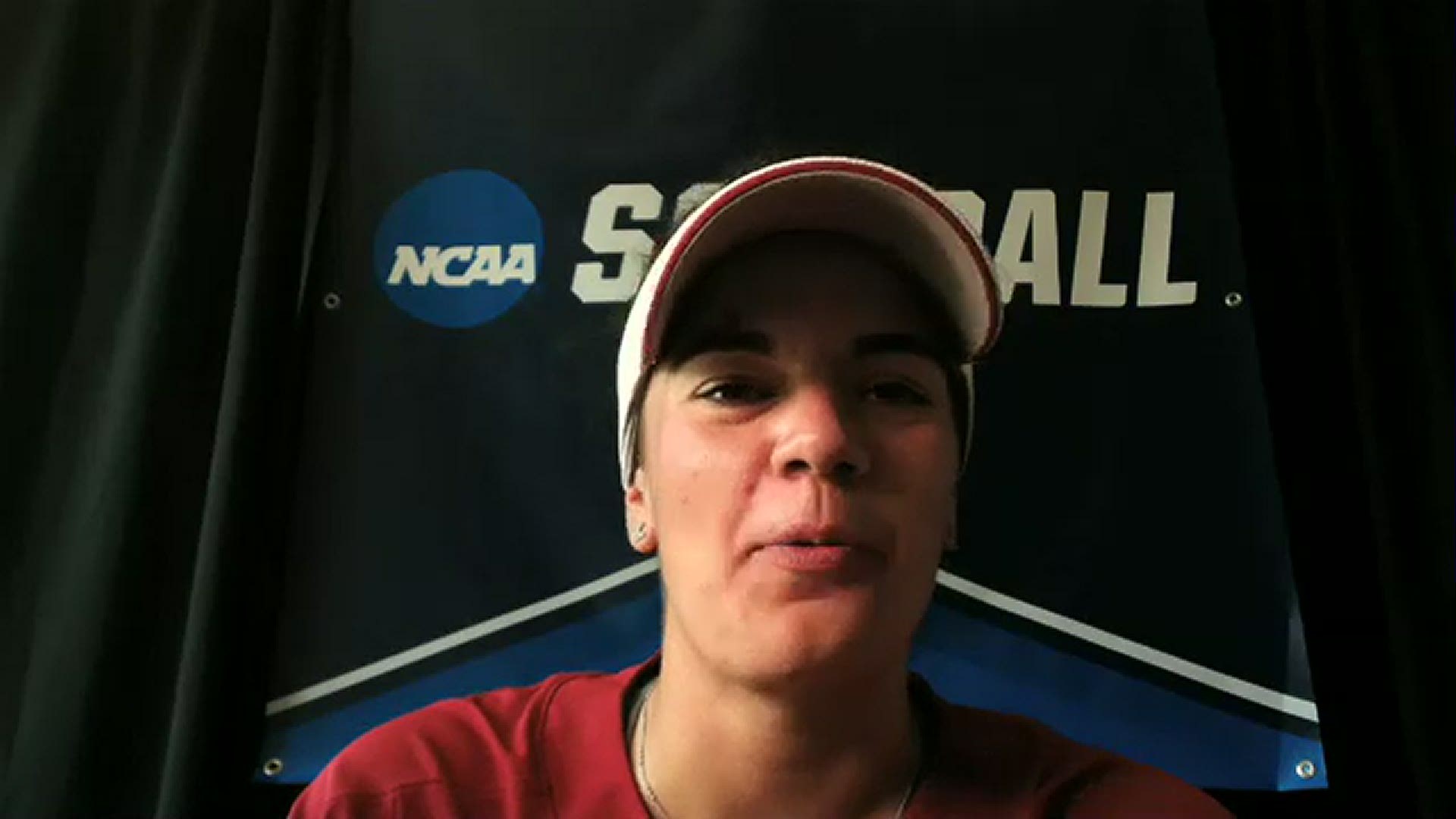 FAYETTEVILLE, Ark. — For the second straight game, No. 6 Arkansas recorded a shutout by downing South Dakota State, 4-0, in the winner’s bracket final at Bogle Park on Saturday afternoon to advance to the Fayetteville Regional Championship. The Razorbacks are looking to win their second regional in program history, and their first since 2018.

Mary Haff and Courtney Deifel recap the 4-0 win over SDSU to advance to the Regional Final.https://t.co/spRkrcArIb@THV11 pic.twitter.com/7uEjrPvdGD

After recording two hits yesterday, designated player Linnie Malkin continued her hot start to the postseason, rocketing a two-run homer to left in the top of the second for her 17th bomb of the season to give Arkansas a 2-0 lead.

The Hogs added two more insurance runs in the top of the fourth to extend their lead to 4-0 on catcher Kayla Green’s RBI double to the right centerfield wall and outfielder Aly Manzo’s base hit that caromed off the first base bag.

Pitcher Mary Haff (25-6) was unblemished in 6.0 innings, allowing four hits and one walk with seven strikeouts. She has not allowed a run in 11.0 NCAA Tournament innings this year. Autumn Storms worked the final frame and allowed three hits while striking out one. Grace Glanzer (19-5) went the distance for SDSU, yielding four runs on six hits and three walks with four strikeouts.

The Jackrabbits were shutout for the first time all season and outhit Arkansas, 7-6. Playing as the home team, SDSU brought the game’s tying run to the plate in the bottom of the seventh after recording three infield singles but struck out to end the game.

Malkin’s 17th homer of the year ties her for second-most in a single season in school history with Nicole Schroeder (2017). Infielder Braxton Burnside’s 24 bombs this year rank first.

Arkansas needs to win one game to claim a regional championship and advance to the super regional round of the NCAA Tournament. The Razorbacks will face an opponent to be determined on Sunday, May 23 at 3 p.m.