Oaklawn to allow limited amount of spectators in 2021

General seating will not be available to the public for the start of the season, but box seat holders and club members have access to the grandstand. 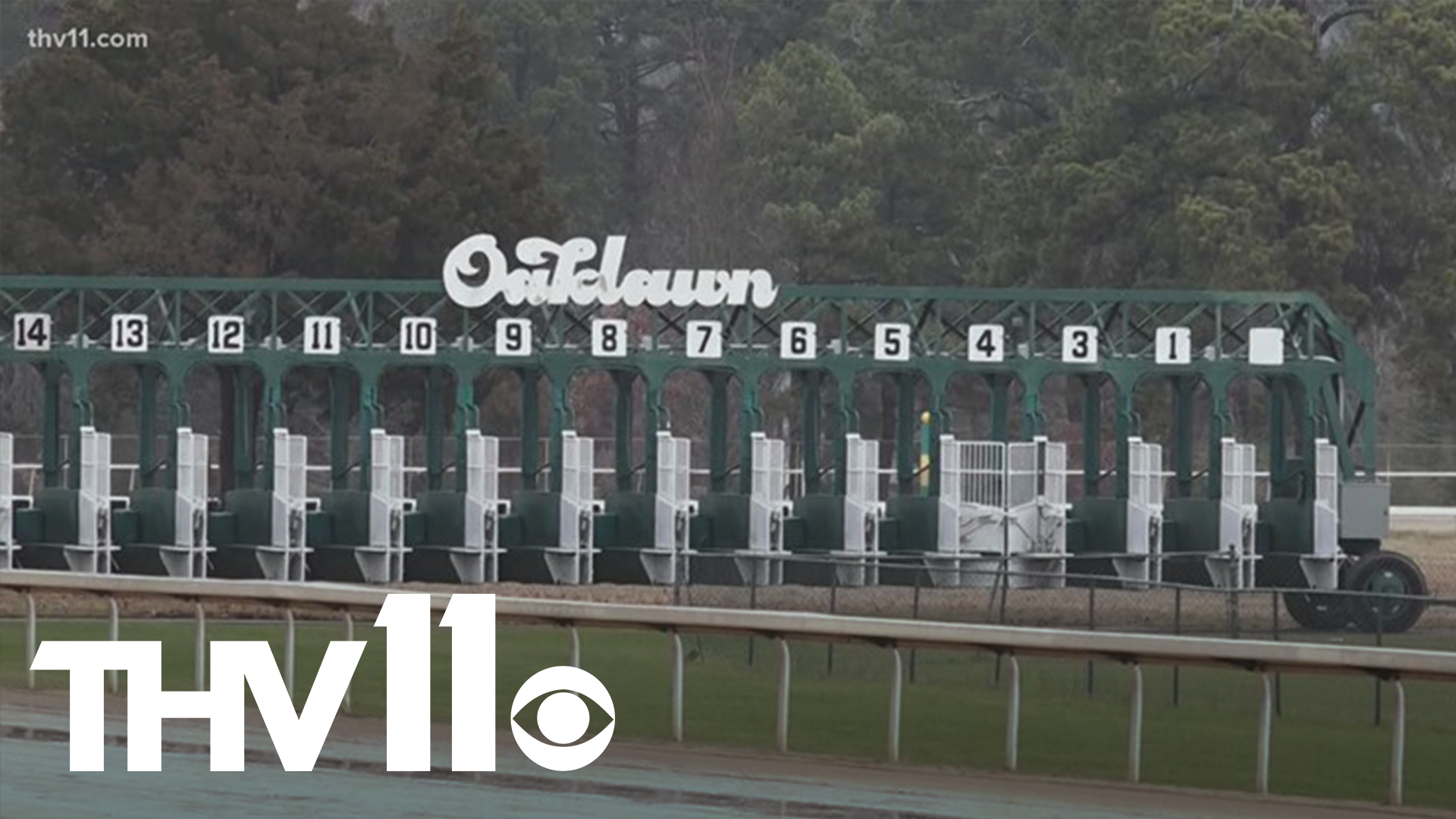 HOT SPRINGS, Ark. — Just ahead of opening day at Oaklawn, it announces spectators are welcomed back after they suddenly weren't admitted there last year due to the pandemic.

"We are super excited to have everybody back,” said Cloann Jones, manager of Capo’s Tacos across the street from the racetracks.

The number of guests will be limited.

Oaklawn announced that box seat holders and club members have access again to the grandstand this season, meaning general seating will not be available to the public for the start of the season.

But even with limitations, this news comes as a sigh of relief for business like Capo's Tacos that suffered when they lost Oaklawn guest traffic last season.

"Anything at this time will help,” said Jones. “Here at our location across from the track, we are going to be doing live simulcasting. We are still at limited capacity, but we are welcoming as many people as we can at the time."

Last season when the pandemic hit, the races continued on -- just with no chanting from the crowd.

Oaklawn General Manager Wayne Smith said they've worked diligently with the Arkansas Department of Health to get spectators safely back in the stands.

Each guest will always be required to take a temperature check and wear a mask.

The seating typically used for the general public will be used to socially distance admitted spectators.

"The cases have gone up and gone down and gone up and we just wanted to make sure that we had a plan that's representative of the time that we are in,” said Smith.

And unlike previous years, anyone going to either watch the races or eat at the three restaurants that will be open, reservations are required earlier.

"We have sent separate letters to our club and box seat holders that will walk them through the process in which they'll need to make reservations," Smith added.

Capo’s Tacos and many other businesses nearby are safely preparing for the rush.

"Everyone is going to appreciate everyone coming in and seeing what this year does for us,” said Jones.

Oaklawn horse racing season begins January 22 and runs through May 1, but these adjustments could change depending on the state of the pandemic.

For more information you can head to Oaklawn's website.