John Lee, who cheered his daughter on at the Olympics from St. Paul, has been using a manual wheelchair to get around since an accident two years ago. 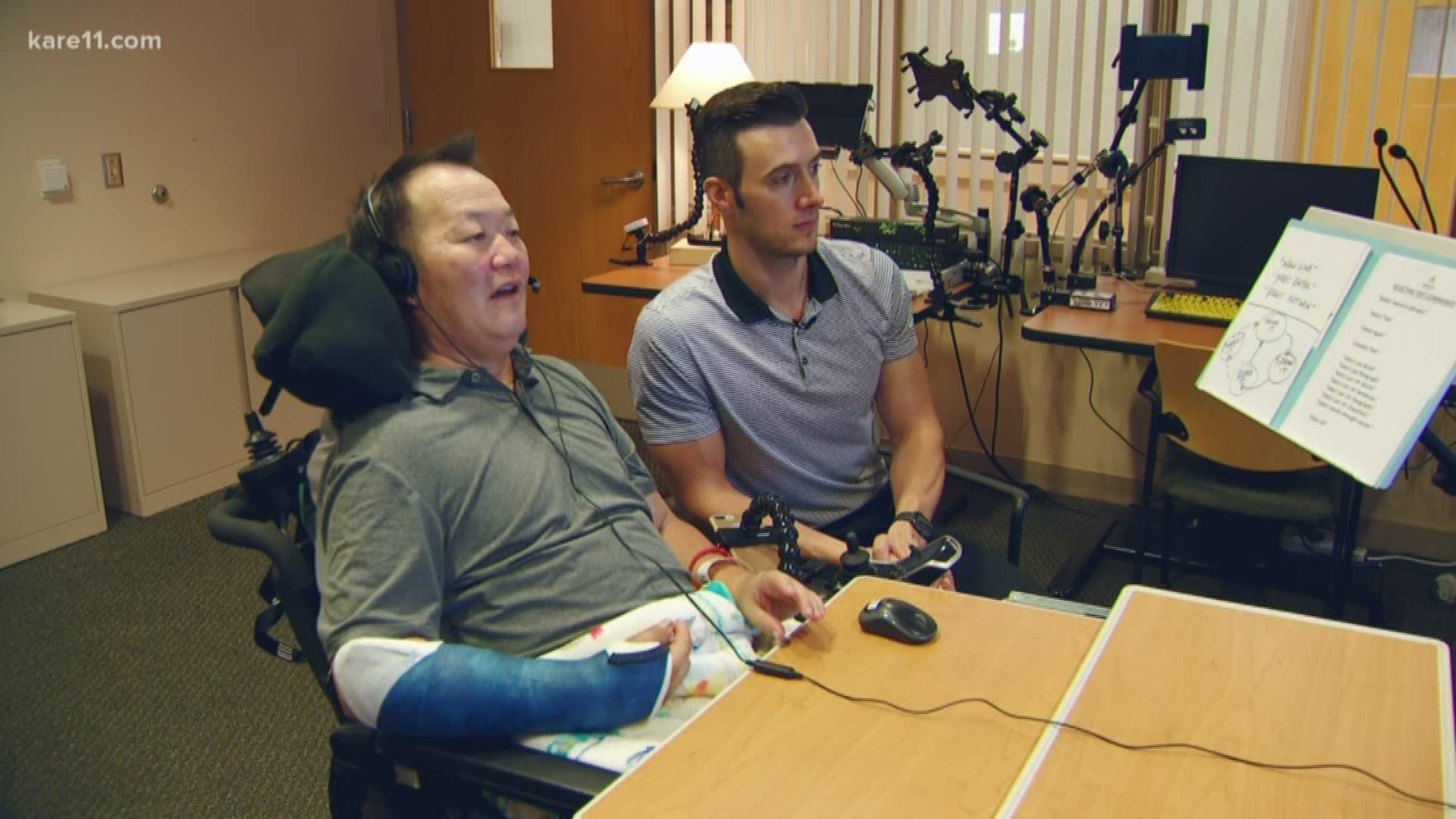 While Suni Lee made history by taking home gold in the Tokyo Olympics, her family was cheering her on from St. Paul.

The family's close bond was undeniable when Lee returned home and got to see them in person again, placing her gold medal around her dad's neck and giving the silver medal to her mom.

According to the TODAY Show, that close bond was what inspired fellow star gymnast Simone Biles to give Lee's dad a new custom electric wheelchair.

John Lee was paralyzed from the chest down two years ago, shortly before his daughter went to the U.S. National Gymnastics Championships. In an interview with KARE 11's Boyd Huppert, he said he was helping a friend cut a tree limb when he fell from the ladder.

“The last thing I remember is I woke up in the hospital,” John said. From the hospital, he watched the national championship that sent his daughter home with the overall silver medal.

“She’s worked so hard for this,” John said. “I tell her, don’t worry about me, just go and do well.”

John has been using a manual wheelchair since the accident. So Wednesday morning on the TODAY Show, Biles surprised John with an electric wheelchair that will be custom-fitted for him.

Olympic gold medalist Suni Lee’s heartwarming reunion with her family on our plaza after the Tokyo Olympics inspired Simone Biles to ask TODAY’s help in coming up with a big surprise for Suni’s dad, John, who was paralyzed two years ago. @NMoralesNBC has the details. pic.twitter.com/kXcA3FQsJa

"Hi, Mr. Lee, it's Simone. I love your daughter, Suni, so much and I know how much she loves you," Biles said via video message on TODAY. "You have done so much for her, so I reached out to my friends at the TODAY show to see if we could do something special for you. Hope you like it."

Biles worked with tech company Quantum Rehab to give John a "Stretto" power chair, which includes bells and whistles like a backup camera.

Lee, who's now a student at Auburn University, thanked Biles on Twitter: "You're the BEST."

@Simone_Biles you’re the BEST. we love you so much🤍🤍 https://t.co/AALnhksbhq

John's support for his daughter has always been clear -- including right after the family reunited. He shared a photo of himself sporting all of Suni's medals on Facebook with a proud message. "Here you go. The whole collections," he captioned the photo. "Now we can really say we did it or should say SHE DID IT."

RELATED: 'She has all three' | Suni Lee's family reacts to third medal win in Tokyo Olympics