Opener gets away from Travelers

Jake Scheiner and Keegan McGovern blasted consecutive homers starting the bottom of the fourth inning to get the Travs on the board, but it was not enough 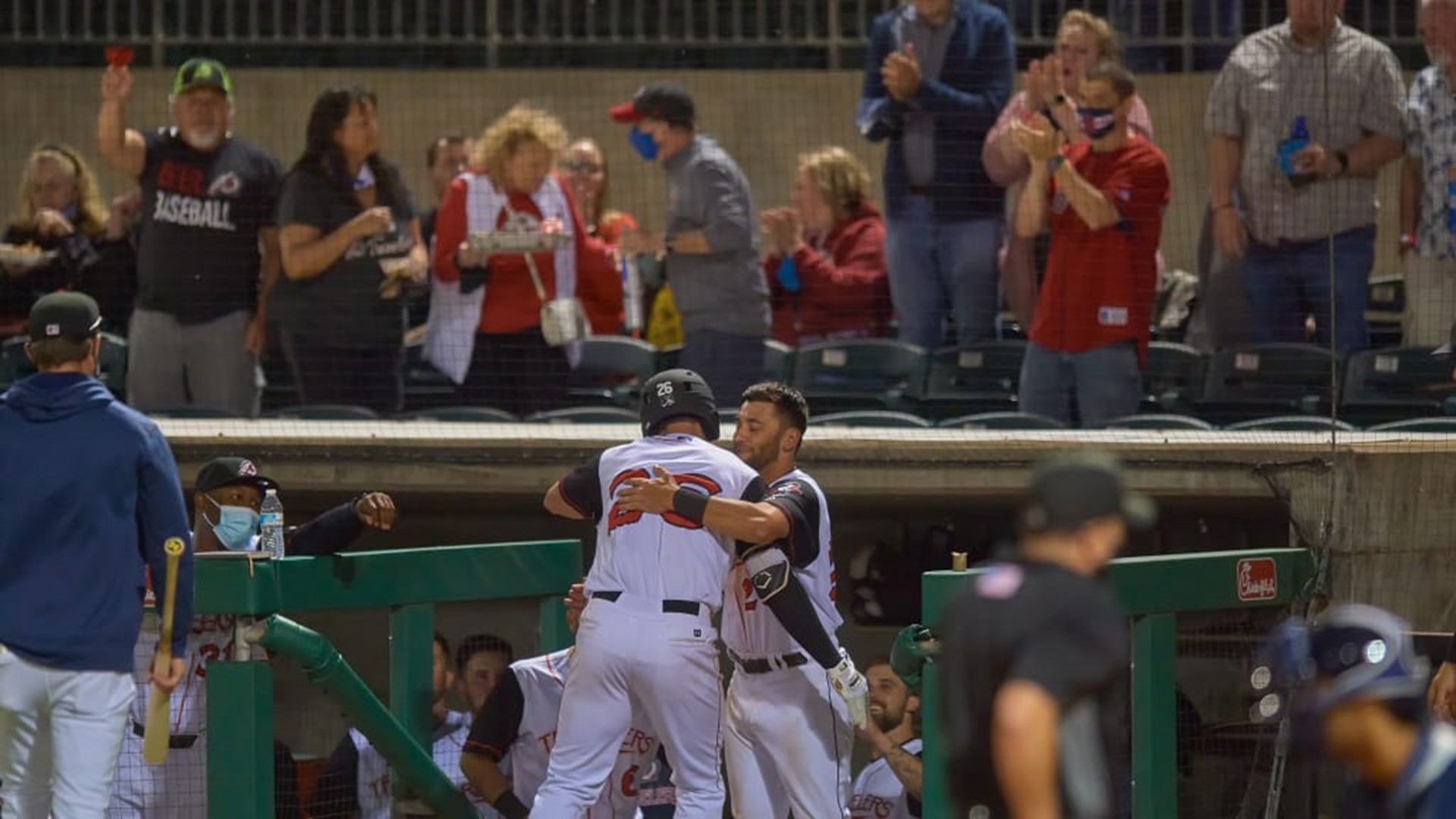 NORTH LITTLE ROCK, Ark. — Baseball was back at Dickey-Stephens Park and the long ball was en vogue as the Arkansas Travelers dropped the 2021 season opener to the Northwest Arkansas Naturals, 7-4 on Tuesday night. The game marked the Travs first action since September of 2019 after the cancellation of the 2020 minor league season. A crowd of 3,581 saw each team hit three homers in the game but never saw the home team have the lead despite clawing back from three runs down to tie it in the fourth inning. Andres Nunez was the winning pitcher out of the Naturals bullpen, firing 2.2 shutout innings with four strikeouts. Collin Snider picked up the save with a scoreless ninth. MJ Melendez was the offensive hero for the Naturals with a pair of two-run homers including the go-ahead blast in the fifth inning off losing pitcher Reid Morgan.

* Jake Scheiner and Keegan McGovern blasted consecutive homers starting the bottom of the fourth inning to get the Travs on the board.

* Stephen Wrenn tied the game on a double with two out in the fourth but Jordan Cowan was tagged out at home trying to give the Travs the lead. On a very close play at the plate, Melendez was ruled to have missed the tag and Cowan to have missed the plate on an acrobatic slide. The tag was then applied to end the inning.

* Six Travelers made their Double-A debut in the game

* Cowan has now reached base in 34 consecutive regular season games

The Travs look to bounce back in game two of the series on Wednesday night. RH Darren McCaughan starts against RH Jonathan Bowlan. First pitch is set for 7:10 with a magnet schedule giveaway and $1 hot dogs. The game will also be broadcast on the Sports Animal 920, the First Pitch App and milb.tv.