Five-year-old Lyn'Derrien was riding his bike under the carport when he noticed a "big fish" in his yard. 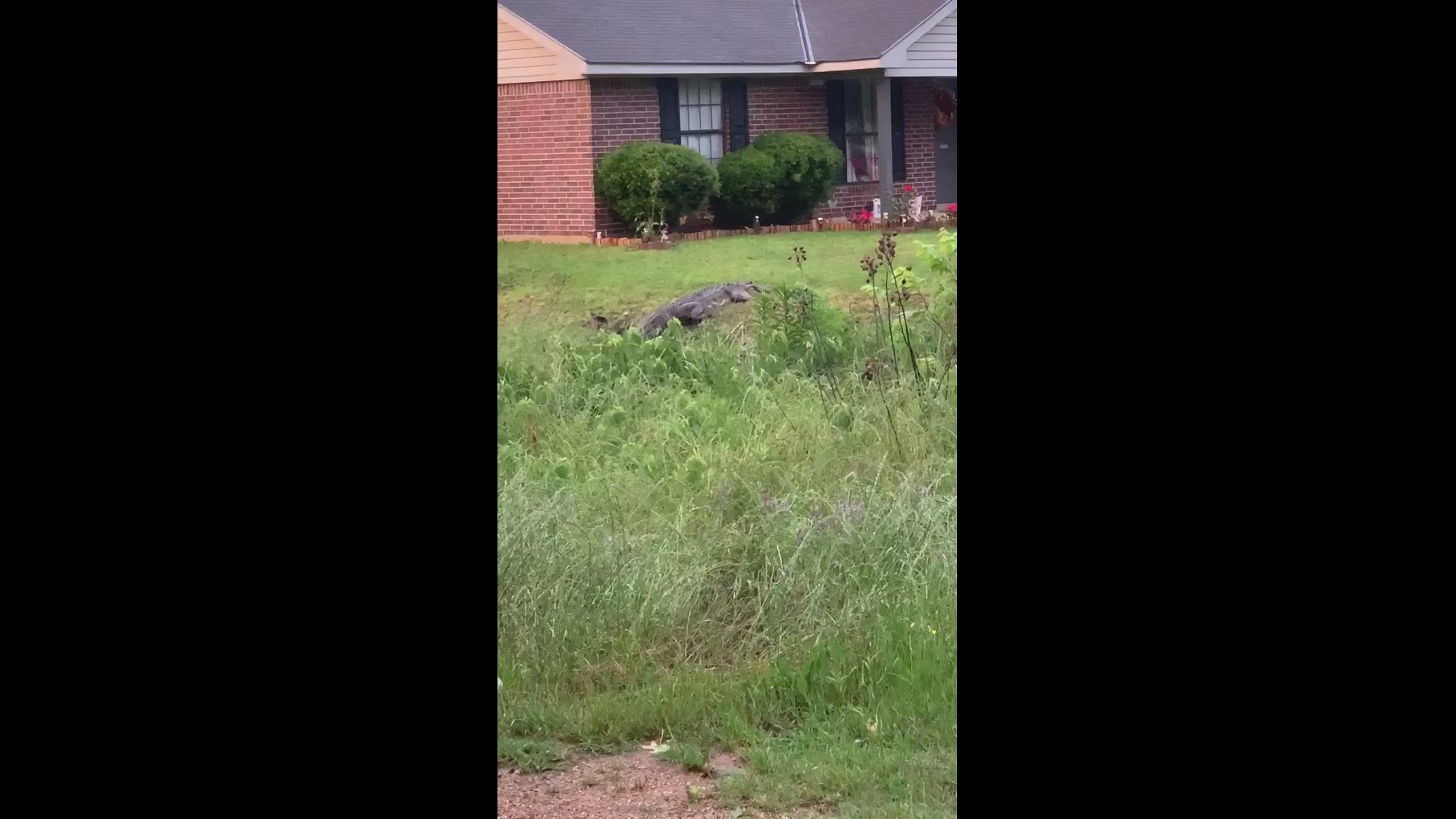 BRADLEY, Ark. — One Bradley, Ark. family is counting their blessings after a close call with an alligator Friday evening.

Priscilla Trammell said her 5-year-old nephew, Lyn’Derrien, was riding his bike under the carport on Friday when he noticed something strange.

He then walked into his house and told his parents there was a "big fish" outside. His parents walked outside to find a large alligator sneaking its way across their lawn.

"The trench next to my parent's house is deep and the grass is so tall, there is no way my nephew would have saw the gator," Trammell said. "If [the lawn] had not been wet, I'm sure he would have been playing close enough for the gator to snatch him."

Trammell said the grassy area she's referring to is not on her parent's property. She also said a city official told them they would not be cutting the grass, so she's reached out to the mayor in hopes of avoiding a similar situation in the future.

"My nephew is unharmed, but this situation could have turned out differently," she said.

Trammell said she's had a fear about the fields surrounding the house and on Friday, her fears were validated.

As for the alligator, Arkansas Game and Fish was able to remove it and safely relocate it.

RELATED: Should you be concerned about the bears being spotted in central Arkansas neighborhoods?

Editor's Note: The video above is from June 4, 2019 when central Arkansas began seeing more wild animals due to the historic flooding.