12-year-old barely survives ATV crash, doctors say these cases are on the rise

Researchers at Children's Hospital have noticed a 33% increase of child ATV crash injuries compared to this time last year. 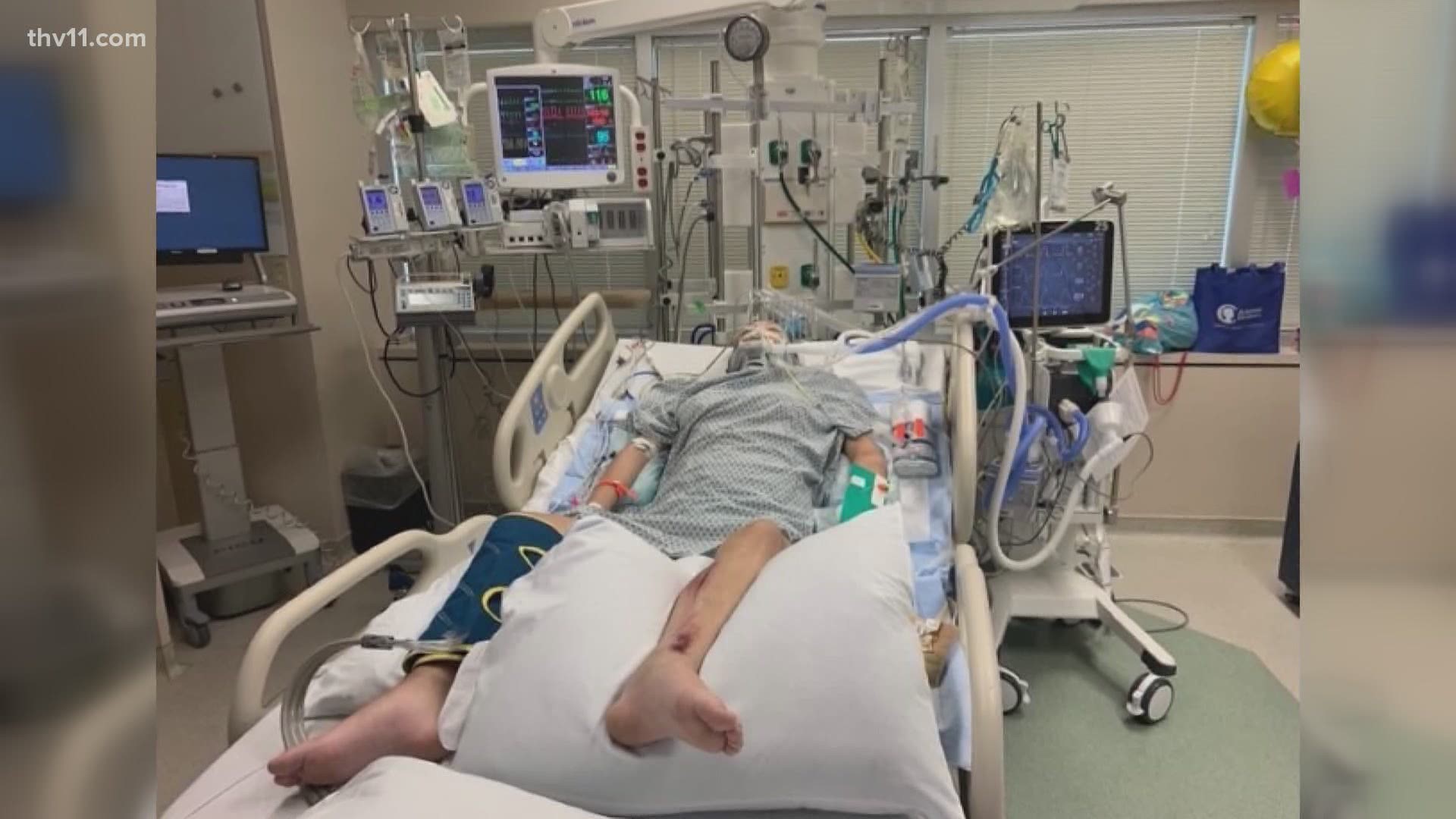 LITTLE ROCK, Ark. — Doctors at Children's Hospital are noticing an alarming trend during the COVID-19 pandemic.

Researchers there have noticed a 33% increase of child ATV crash injuries compared to this time last year. They’ve had 81 cases and most of them come from side-by-side ATV’s.

Aubrey Williams, 12, is one of ACH’s ATV crash victims.

She luckily escaped the worst, but just two weeks ago, she was hooked up to a breathing tube hoping to survive a side-by-side crash.

"We got the call they had to do CPR, and then a helicopter was on its way to get her,” said Valerie Williams, Aubrey’s mother. "The side-by-side just rolled out from under her, threw Aubrey off of it, and the side-by-side landed on her back."

"This time last week, she still had a breathing tube in. She was on nitroxide, which is pretty serious,” said Williams.

Arkansas Children’s Hospital said parents should talk to their children about ATV safety.

Mullins said the American Academy of Pediatrics recommends that children under 16 not be on an ATV.

However, if families do ride them, you should wear the seat belt and a helmet, assess the appropriate ATV size, keep hands and feet inside while riding, and adults are encouraged to operate the vehicle.

"Hold the seat belt if an incident is occurring because that keeps your hands and feet inside and you can avoid some of the more dangerous injuries we are seeing,” said Mullins.

Aubrey said she was riding the ATV with two of her friends when she crashed.

She was doing all the right things, but said she will be more cautious next time because she’s not scared to get back on one.

"Of course, as a parent you never want your kids to experience anything like this, but at the same time you can't keep them in a bubble,” said Williams.

Aubrey is expected to make a full recovery.

ACH recommends anyone 16 and older who chooses to ride an ATV to contact their local 4-H club.