Digging for treasure at Twin Creeks Crystal Mine in Mt. Ida

If you're looking for something fun to do in the Natural State, you might consider heading to the quartz capital of the world. 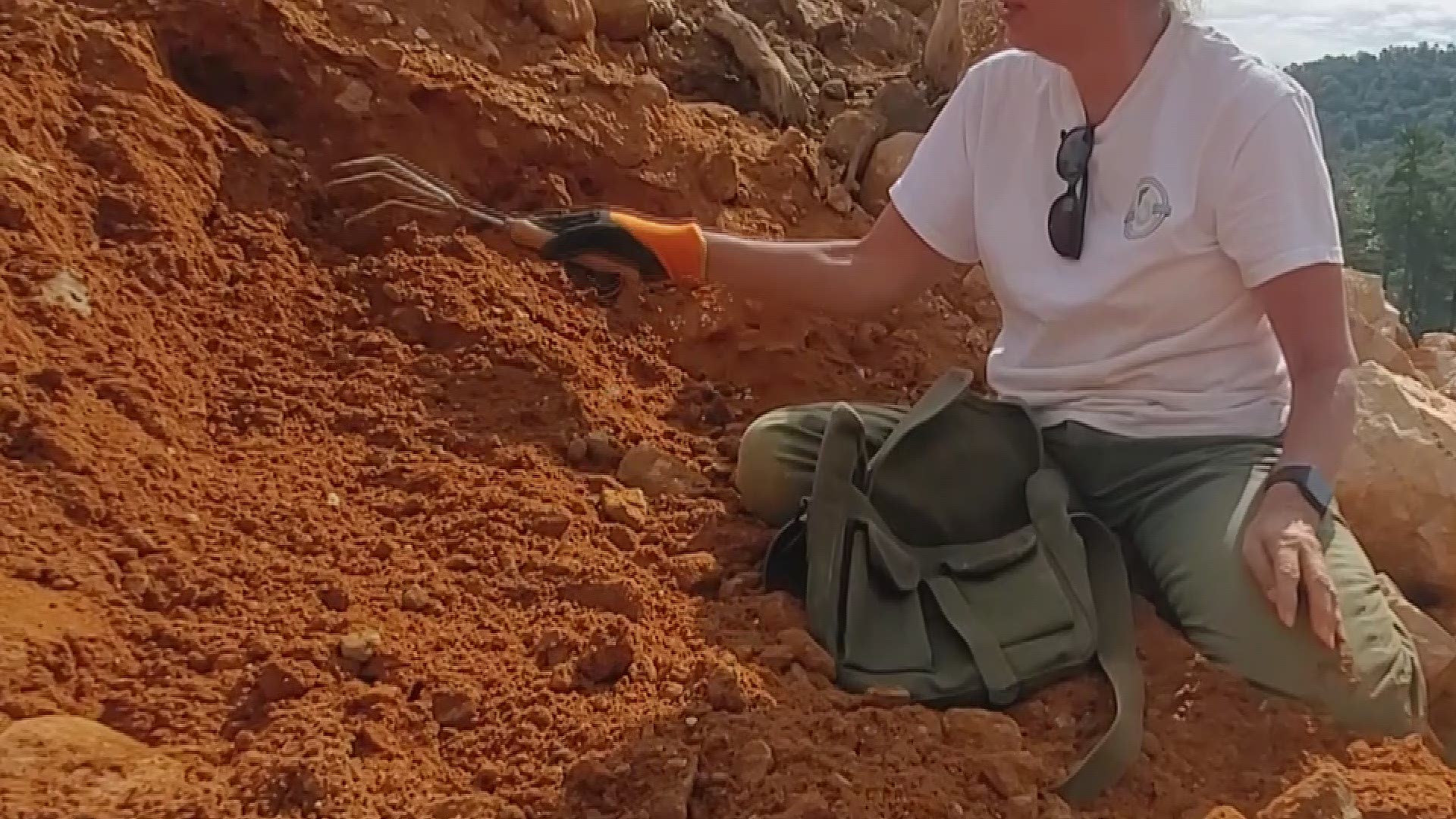 MOUNT IDA, Ark. — On a lonely road near Mount Ida, people from around the globe come to play in the dirt.

“It’s something I have wanted to do for many, many years, and finally had the opportunity to do it,” said Lori Wade, who traveled all the way from Kansas to dig through the dirt in Montgomery County, Ark.

In this pit of solid rock walls and boulders, a treasure hunt is happening.

“When we've have been here in the past and stuff, they are very clear and very pretty,” said Phyllis Hart, who's visiting the Natural State from the Amarillo, Texas area.

These people are searching in the quartz capital of the world.

“You see where the tires rubbed over it, and it’s got that, and there’s your crystal," explained Bobby Fecho, as he finds a piece of quartz in dirt that's clearly been driven on.

Bobby knows the code to the crystal camouflage.

“I’ve been here six years and all I’ve done is just take the top off over here, and there’s a lot to go,” Bobby explained.

Bobby Fecho is co-owner of the Twin Creek Mine and spends his days digging deeper. With each scoop of gravel and clay, the geometric gems are revealed.

“If you take a chisel, you can take that whole piece off,” he said. “I've seen pieces go up to a million dollars for sale.”

The bigger the piece, the more valuable.

To be a quartz miner, you need a bucket and some other common garden tools. Strength and patience also help because crystal digging isn't as easy as you might think.

If you’re looking for an easier way to find quartz, go to Fiddler’s Rock Shop.

“Everyone wants to come down here and get a pretty piece. That’s what we are known for,” said Kathy Fecho.

The owners are Bobby’s parents, who used to have their own mine.

“We started collecting in 1973--it just grew. We had to have a shop. I said either open a shop or quit collecting," Kathy said.

Since 1986, customers have bought items from the store for many reasons, but Bobby said it’s not about the money.

“It is watching people dig crystals and the looks on their faces when they find a nice crystal or something like that. That’s what I enjoy seeing,” Bobby said.

RELATED: Arkansas is home to the 8th largest diamond reserve in the world

RELATED: Made in Arkansas: Jewelry created with love