The Tennessee state record paddlefish was 104 lbs and was also caught in Cherokee Lake, according to the Tennessee Wildlife Resources Agency. 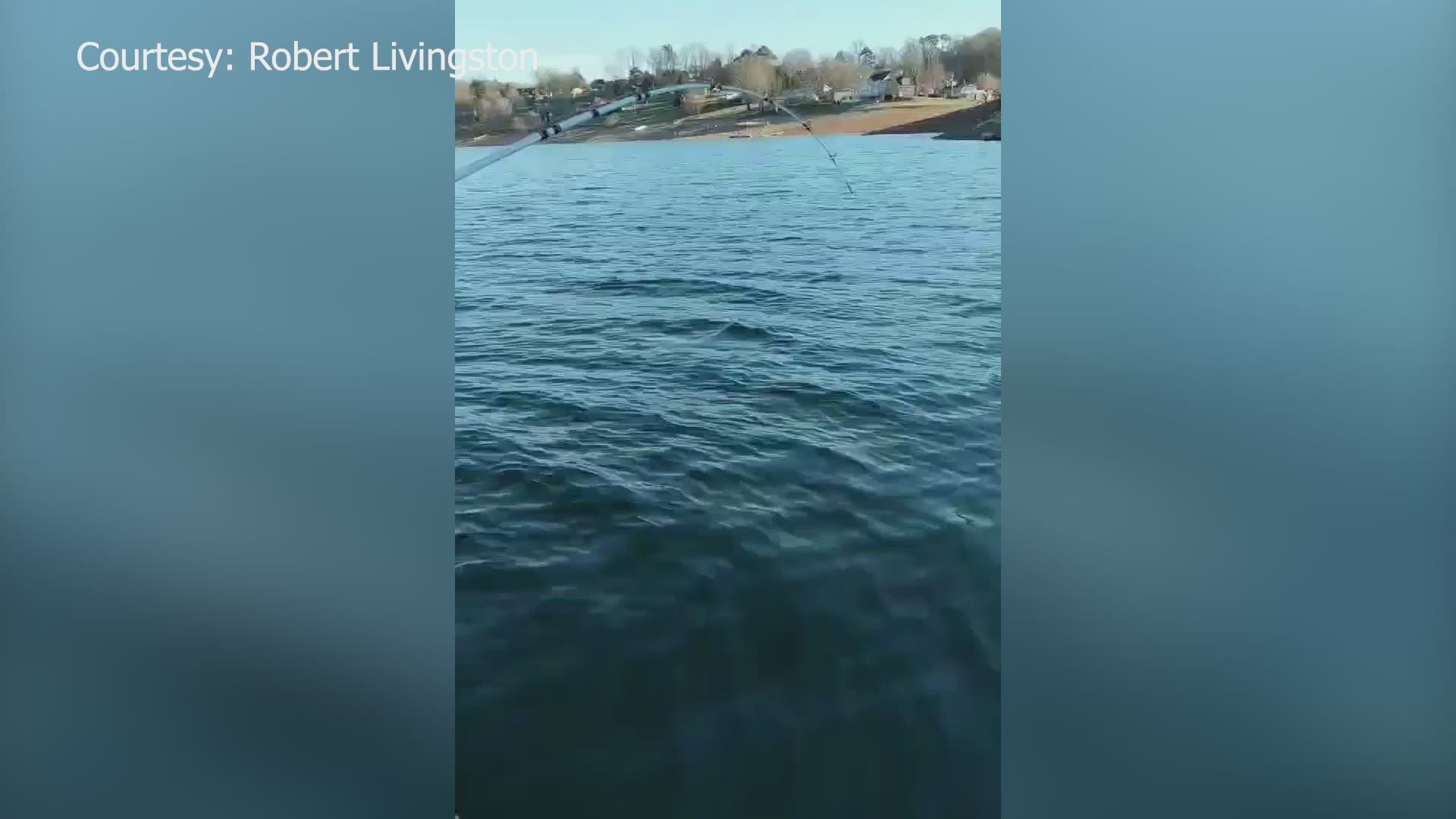 MORRISTOWN, Tenn. — An East Tennessee man made the catch of a lifetime over the weekend when he reeled in a massive American paddlefish, as known as a spoonbill, on Cherokee Lake.

Robert Livingston was invited to go fishing with a friend on Saturday. They kept seeing big fish on the sonar but only pulling in small catches.

Just as they were about to leave to get out of the windy, 40-degree weather, Livingston's line went out "screaming."

"I set the hook on it and start reeling and the line goes slack. And I'm like, 'Oh my gosh, whatever it is came off,'" Livingston said.

That's when he noticed his bright orange line come right back to him and up to the boat.

Initially, they thought it was a catfish, but it turned out to be a paddlefish. Normally a filter-feeder, Livingston said catching these fish on a hook is rare.

"You can only catch them by accident unless you snag them. "This one, it just swam by and caught my hook right in the corner of its mouth," Livingston said. "It was barely hooked, just a small portion of its cheek. Get it in the boat and I grab it and the hook actually falls out into the water."

The two fishermen had to fight for a few minutes to get the massive fish into the boat for a picture. Livingston said he could barely stand just to get the picture with it.

The Tennessee state record paddlefish was 104 lbs and was also caught in Cherokee Lake, according to the Tennessee Wildlife Resources Agency. The world record was more than 151 lbs and caught in Oklahoma.

While Livingston had no way to measure the fish and wasn't willing to let it die to bring it back to shore, he said it certainly felt like a record-breaking catch when he and his friend were trying to pull it into the boat.

He guessed the fish was at least 150 lbs because he can lift 150 lbs over his head at the gym. He also said it was roughly 6 feet long since it stretched all the way across his friend's boat that is 72 inches wide.

Livingston said he wants to say a special thank you to his wife for allowing him to go on this fishing trip while she stayed at home to take care of their five children.