Biologists are ramping up roadkill surveys for the next month and are asking all Arkansans to report any dead deer they see along roads and highways. Road-killed deer offer biologists a chance to monitor for chronic wasting disease throughout the state without the need to kill deer to obtain samples 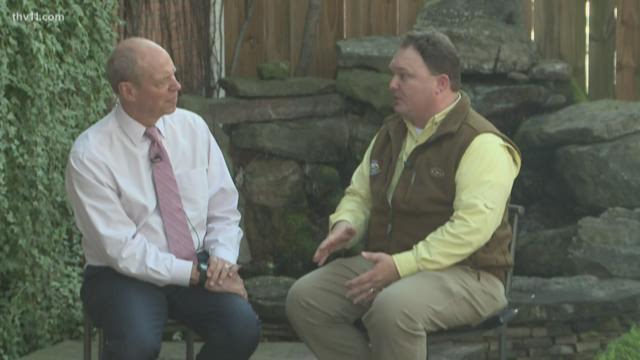 LITTLE ROCK – Biologists are ramping up roadkill surveys for the next month and are asking all Arkansans to report any dead deer they see along roads and highways. Road-killed deer offer biologists a chance to monitor for chronic wasting disease throughout the state without the need to kill deer to obtain samples.

With the recent confirmation of a CWD-positive deer found in Mississippi, 45 miles from the southeastern corner of Arkansas, biologists are very hopeful that hunters and motorists in that area of the state will report any roadkill by calling 1-800-482-9262 as soon as possible.

“Road-killed deer have shown to have a higher probability of testing positive for CWD than random sampling because deer suffering from the disease may be less wary of danger or slower to react to the car,” Middaugh said. “Because of this higher probability, roadkill samples are very valuable in detecting the disease’s range.”

According to Jenn Ballard, veterinarian for the AGFC, the temperature is one of the main factors that dictate how long a sample from a road-killed deer is still good for testing. During summer, a sample may only be viable for a few hours after death, but during the cooler weather of spring, fall and winter, it may be possible to get a good sample from a deer a day or two after its death.

Middaugh says that although the AGFC is particularly concerned with the northwest part of the state, where CWD has been found in Arkansas, and the southeast corner of the state, near Mississippi’s positive case, roadkill samples are important throughout Arkansas to monitor any other possible areas that have not been identified yet.

“The Mississippi case is more confirmation that everyone should be vigilant and on the lookout for this disease, no matter what part of the state he or she is in,” Middaugh said. “In addition to road kills, any deer exhibiting signs of CWD should be reported immediately. The AGFC can send someone to deal with the deer and test it.”

Chronic wasting disease is a fatal neurological disease that affects members of the deer/elk family (cervids). It is similar to “mad cow disease” in cattle. Infected animals will not show signs of disease for a long period of time, but late in the disease process they will be thin and may demonstrate weakness, abnormal behavior, excessive thirst, or drooling. Animals generally die soon after the onset of these signs.

To date, 343 white-tailed deer and 14 elk have tested positive for CWD in the northwest portion of Arkansas. Visit www.arkansascwd.com for more information about the disease.