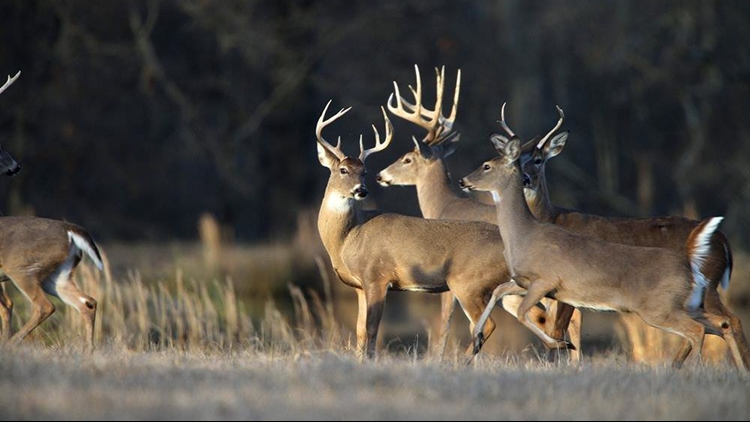 JONESBORO, Ark. (KTHV) – High water on the White and Cache rivers has forced the Arkansas Game and Fish Commission to temporarily close deer season in some wildlife management areas of eastern Arkansas, as well as Flood Prone Region C, which includes private land in the Cache

River basin near Augusta. Deer hunters are urged to check current water levels in their area before heading out for the opening of modern gun deer season, Nov. 10.

This creates a situation where deer may become vulnerable to overharvest, and removes some of the aspects of fair chase. Hunting in flooded areas also increases the chances of game loss as fatally hit deer may run into swift-moving stream or deep areas before hunters can recover their harvest.

Ralph Meeker, deer program coordinator for the AGFC, points out that flood prone zones also include those areas of high ground where the deer concentrate during floods. “It can be tempting to try harvesting one of these deer seeking sanctuary, especially at the beginning of the season when everyone’s excited or in areas that have a very limited time span to hunt with modern guns,” said Ralph Meeker, AGFC deer program coordinator. “But as conservationists, we hunters have the responsibility to ensure the health of the deer herd and to abide by a certain code of ethics.”

Only deer hunting is closed during flood-prone zone closures. Seasons and limits for other game animals remain unchanged.