David Anderson invited friends out to fish with him, but none accepted. Now, they wish they'd been there. 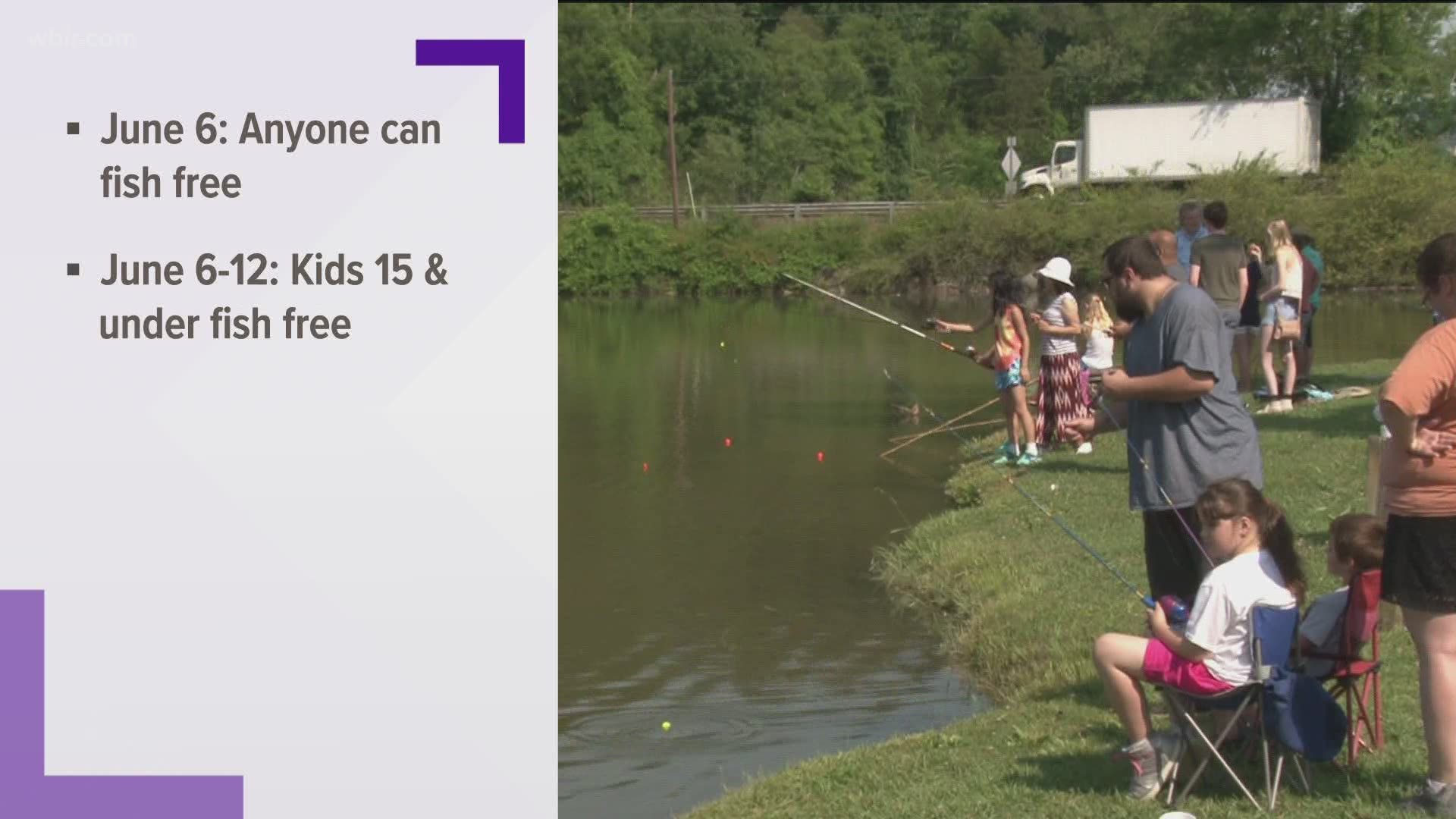 HAMILTON COUNTY, Tenn. — At around 9 p.m. Saturday, David Anderson invited his friends out for a fishing trip, but nobody accepted. Later that night, he reeled in a near-record-breaking catch — a 103-pound blue catfish.

He said he knew it would be close as he fought the fish; it was strong enough to break the net he laid to scoop the fish from the water. Robert E. Lewis set the record for blue catfish on the Cumberland River in 1998, and Anderson's catch was just a little bit away from the 112-pound goal.

The fight for the fish began at around 11:45 p.m. when Anderson's fishing rod was torn away from the rocks he lodged it in.

"It didn't bump or tug, but literally was jerked out," he said to the Tennessee Wildlife Resources Agency. "I grabbed it, leaned back and let the drag out."

As that happened, he said he went to Facebook and began broadcasting the catch online. Most of his friends joked with him to just "pull the fish in." However, it took around an hour before the fish was close enough to the bank to scoop up.

After securing the fish for the night, Anderson reached out to the TWRA and started looking for certified scales. He said one of his friends brought one, and the catfish weighed in at 103 pounds.

Officials from the TWRA said the fish could be at least 25 years old. However, they also said catfish growth rates are variable across Tennessee reservoirs.

"At this point, I just wanted to let it go," he said to the TWRA. "You just don't see them this big and I was concerned."

Anderson is an experienced fisherman, and he said fishing has been one of his favorite pastimes for 38 years. He said it's a passion he shares with his 9-year-old son, and when he's fishing with his family he said he catches more than just fish.

"If you want you kids to talk with you, take them fishing," Anderson said to the TWRA. "Fishing opens another door of communication for families and kids. It brings friends and families closer together."

RELATED: Check out this "Mack Daddy Musky" caught in the Nolichucky River