A hidden part of Pulaski County would be showcased by a 60-mile, tri-county bike and nature trail. 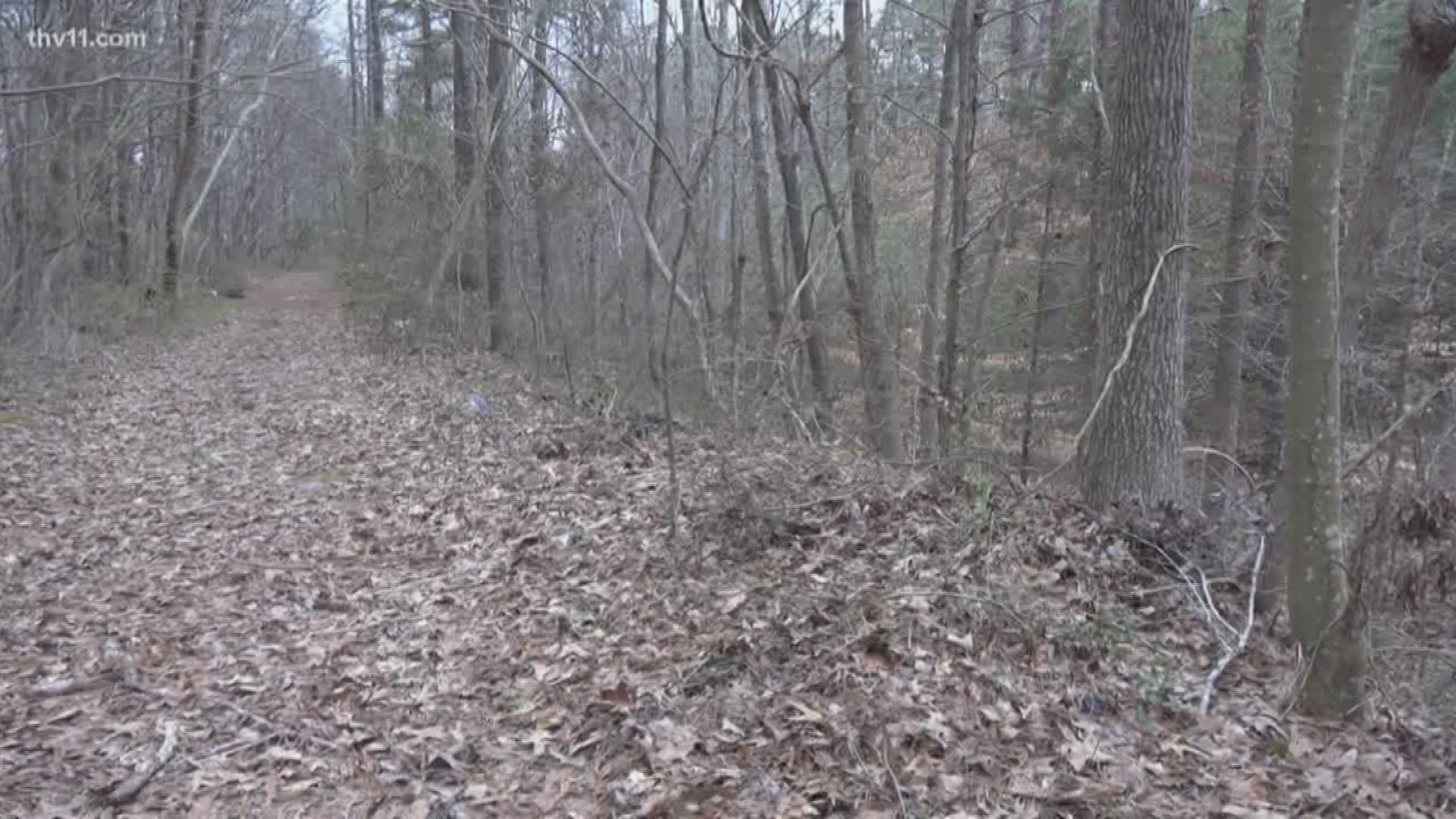 LITTLE ROCK, Ark. — The Pulaski County judge is so excited about getting started on the proposed Southwest Trail bike path, he's willing to hike through the woods in wingtips and a business suit.

"Well, golly, it's about time. We're going to have something like the River Trail now," is how Judge Barry Hyde describes the reactions of people in Southwest Little Rock as the 60-mile, tri-county bike and nature trail comes closer to reality.

"This is going to be a huge asset to southwest Little Rock," he said.

The judge had to climb through a fallen tree about 800 feet from a Little Rock street across what was once a trestle for the Rock Island Rail Road. The tree is blocking the path at the end of an old wooden bridge that once supported steam engines.

The judge and his counterparts in Saline and Garland counties are counting on the trail to generate excitement and enterprise. Similar concepts elsewhere have done just that. Now, an investment of $880,000 dollars will help make it happen on the 5-mile stretch on county right-of-way between the Little Rock city limits and the Saline county line.

"We might have a little mini nature park alongside here as well as places where a couple food trucks could set up here on a Saturday morning," Hyde said while visualizing the area after the path is completed, comparing it to the River Trail in downtown Little Rock.

Pulaski County will need to demolish and rebuild three bridges on the trail, but the rail road bed makes the rest of the engineering relatively easy.

Hyde hates to see the old bridge go away, but points to the potential of the trail for a part of the city and county that hasn't had a traditional focal point.

"We talk about having place and personality in our communities," he said. "The trail provides that. It becomes part of what makes your community the community that it is."

In addition to the federal grant money Pulaski County received, Metroplan, the regional transportation agency, said a grant they received will send $700,000 toward the Southwest Trail.

Hyde said construction should begin later in 2020 and should take between two and three years to complete.

RELATED: The Lower White River was a vital transportation route for early settlers on the Arkansas frontier