If you're wanting to head outdoors, it'd be safer for you and others if you took the road less traveled. 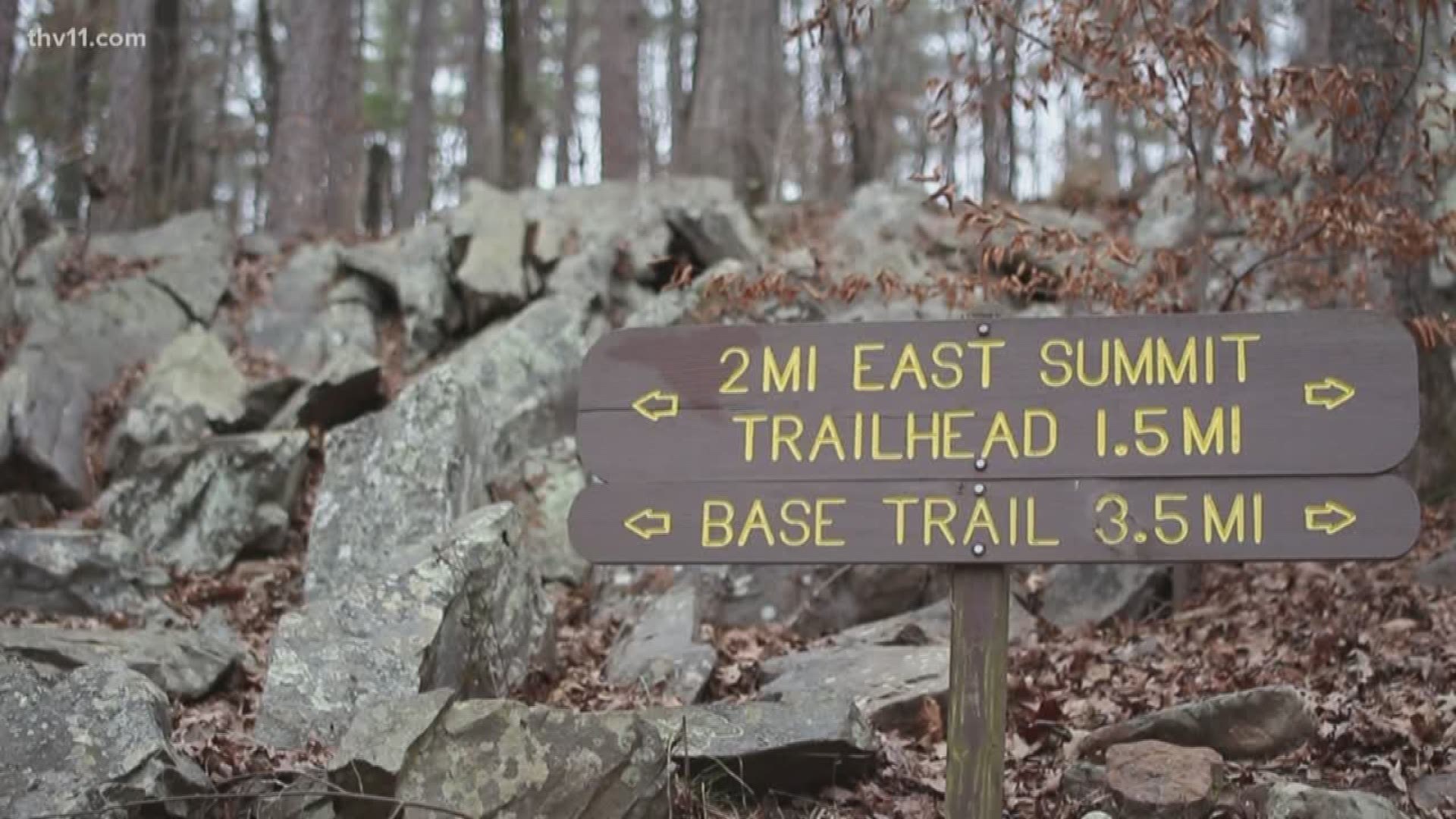 LITTLE ROCK, Ark. — Some Arkansans are calling on Governor Asa Hutchinson to close down state parks after some locations saw thousands of visitors over the weekend.

"You need to avoid congregating in groups and we hope that will not continue to happen," Secretary Stacy Hurst said.

That was the message out the governor's press conference Monday. Hutchinson said it is still okay to visit state parks, as long as you practice "social distancing."

Some state parks saw a near-record number of visitors over the weekend.

RELATED: Governor banning gatherings of more than 10 people: What to know

Photos taken by viewers show large crowds at Petit Jean State Park on Sunday, a motorcycle group trying to hold a rally at Pinnacle and the overflow parking lot packed— where at least 30 different state license plates were counted.

"We love the visitors. We also want them to make good choices," Davenport said.

"Even though Pinnacle Mountain or Petit Jean might be your favorite state park, maybe it's time to look at some others and find some new places," he said.

Davenport said Pinnacle Mountain tried to limit the number of visitors last Thursday by blocking off the overflow parking, but it did not work out.

"The results were people parking on the highways and the private driveways and people just doing whatever they wanted, and it created more of a safety hazard," he said.

All 52 state parks are still open. But, some are starting to close down facilities like bathrooms for the safety of workers. Water fountains have also been shut off.

"Someone has to go in there and clean those…somebody has to sanitize them and that requires special personal protective equipment," Davenport said.

Arkansas State Parks has since started a program to educate people on the importance of flattening the curve while still outside.

"We want to remind park visitors to maintain that six-foot social distancing when they're hiking," Davenport said. "We really want to encourage visitors to bring their own water, use your own restroom or facilities before you come to a public place.”

But many Arkansans are arguing this isn't working. An online petition is calling on Governor Hutchinson to close down all state parks and stop telling people to visit. The organizer says parks, including the Buffalo River, remain packed.

It has since gained almost 3,000 signatures.

For information about state parks and what facilities are still open, click here.