While fishing recipes usually include things like cornmeal, batter or blackened seasoning, fly-fishing aficionados like Denis Dunderdale may have a different idea. 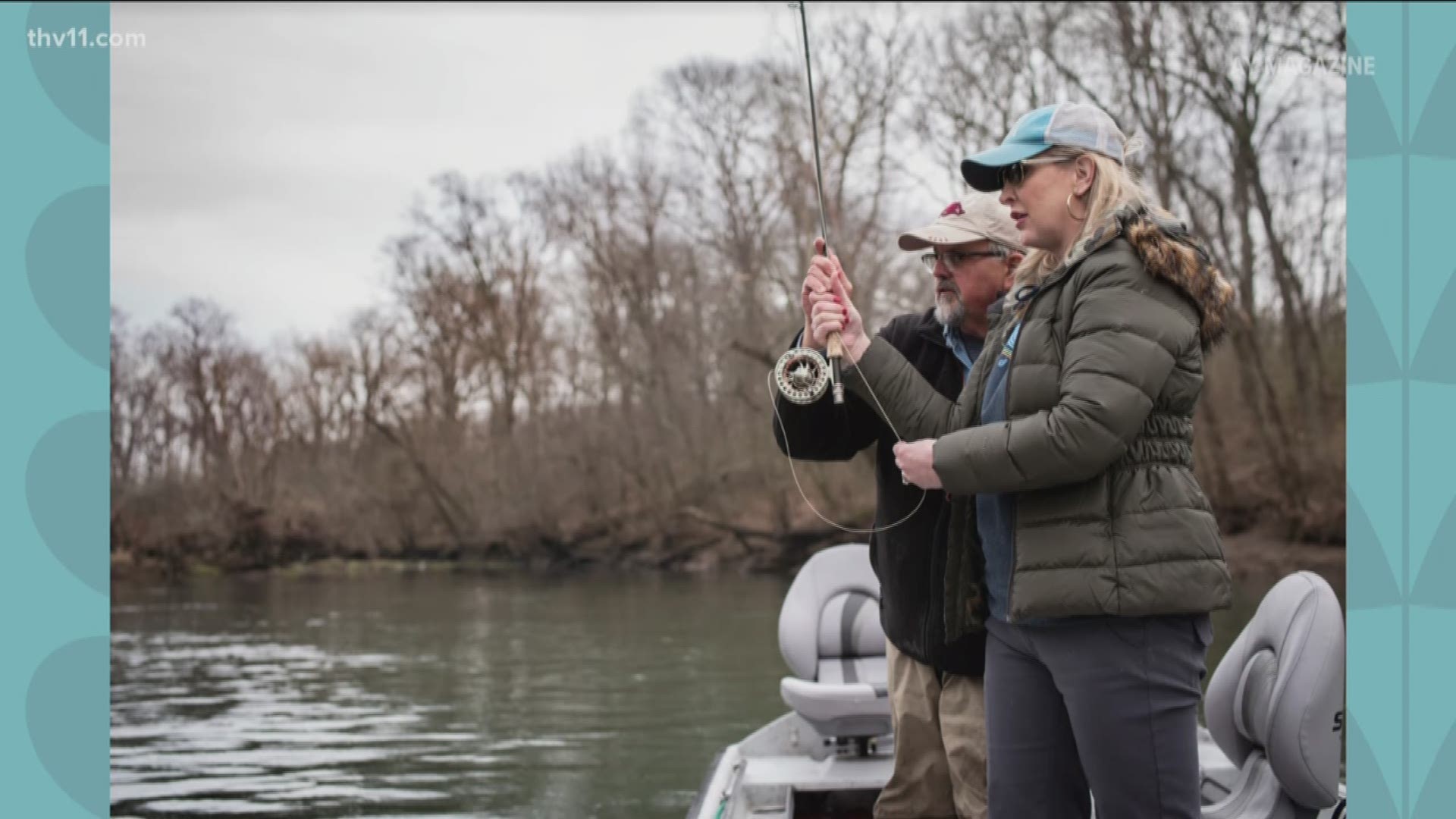 MOUNTAIN HOME, Ark. — While fishing recipes usually include things like cornmeal, batter or blackened seasoning, fly-fishing aficionados like Denis Dunderdale may have a different idea. The word recipe refers to the insect imitations he cooks up to fool fish into biting. Here’s some sage advice from the Arkansas Game and Fish Commission’s regional educator in the Mountain Home area:

If you ask 10 fly-fishermen to tell you their 10 favorite flies, assuming that you trust them to tell the truth, you are likely to get some interesting answers. Certainly, most will include a few common fly patterns. The wooly bugger, the Clouser minnow, and, perhaps, the Adams will be included in most anglers’ lists of favorites, but a few favorite concoctions will be specific to the angler’s preferences or favorite fishing location.

The only true answer to what fly is best is — IT DEPENDS.  It depends on where you’re fishing. It depends on what species you’re pursuing. It depends on the weather, lighting, water clarity, and a host of other variables. It’s no wonder fly shops have rows of bins of flies – hundreds, if not thousands of variations. Countless volumes of books discuss various approaches one might take to deceive a fish into believing the fuzzy morsel on the end of your line is some form of delectable delight.  Do you need that many different fly patterns and sizes to catch fish with a fly? Of course not. So why are there choices so vast?

I have tried many of them, from simple farm pond flies for bream, to dry flies for trout, to heavily weighted crawfish for smallies. I’ve fished in the open salt water, as well as the surf, for stripers in the Atlantic and many other forms of fly fishing. I’m not unique, either. Most who have been at it for a while can make the same, or at least similar, claims.

RELATED: Outdoor enthusiasts can earn a little extra badge of honor to display their passion with new AGFC program

I live in Cotter, Arkansas, with access to some of the best trout fishing in the world, as well as some of the finest smallmouth fishing opportunities to be found anywhere. That fact is, I simply love to fly fish using traditional, sometimes historical flies, tackle and techniques. So, when it’s just me, and I get the conditions I most prefer - wading in gently flowing current, I will, no doubt, be using a “North Country soft-hackled” fly. North Country refers to the “North Country of England”  — the land of the pattern’s origin (we think). There they also are called “spiders.”

This is a type of fly, not so much a pattern, and goes back centuries, to the days of Dame Juliana Berners, the author of “A Treatise on Fishing With an Angle” written in 1496. The Scots and Yorkshiremen have been using them for centuries. As for soft hackle patterns, the “Partridge and Orange” is one of my favorites.  There are many other patterns, as well.- “Green and Partridge”, “Sulphur and Partridge“ – you get the idea. My affection for this fly is grounded in several factors. They are very easy to tie.  They’re inexpensive (Scotland and Yorkshire are known for their frugality), and they work. Tying one cannot be simpler. Because I usually fish this near the surface of the water, I most frequently tie these flies as follows: Use a light, dry-fly hook, of a relatively small size — say a “Tiemco 102Y” in size 17. Wrap the hook shank with orange thread or floss (a purist will use gossamer silk), and put just a few - about two and a half wraps of hackle from the saddle feathers of a game bird, usually partridge, woodcock, grouse, or starling. The Hungarian partridge is the most common, and probably the most traditional. The key is not to get too generous with the number of turns of hackle — just a few wisps. That pretty much does it.  No fancy wings, no tricky dubbing, not even a tail. Some will add a bit more to the fly, such as a turn, or two of peacock hurl, right behind the hackle. That will keep the hackle barbules splayed out and make it a bit easier fish as a dry fly. Others may add a bead for weight, in order to fish closer to the bottom, or to get the fly lower in faster water.

As for presentation, your options are wide open, which is another reason I like this fly so much.  Drift this in a “dry style,” floating on the surface in a drag-free fashion thanks to a dab of flotant. You can also pop it just under the surface, and drift it as an emerger, also drag-free. Here you would grease the leader to within about 6 inches of the fly with the flotant.  You don’t have to see the fly.  You know approximately where it is, and you watch for the swirl of the strike. It takes a bit of practice but is very much worth the effort to develop this technique.  It is, absolutely, my favorite way to fish for trout, a technique I learned from my friend Davy Wotton- a true master of traditional flies and fishing techniques. One of the easiest techniques is to simply cast the fly, about 30 to 40 yards, at a 45-degree angle, downstream, mend the line, and swing the fly, on a tight line, in the current. Expect to feel the sharp strike as the fly is directly below you, on what we call the “dangle.”

There are literally hundreds of variants of the “spider”, or North Country wet fly”.  If you would like to read more about this magic fly, there are a few well-known sources.  “The Soft Hackled Fly and Tiny Soft Hackles” and “Two Centuries of Soft Hacked Flies” both by Sylvester Nemes are good reads.