With so many tourists parking on the roadway to see elk, traffic builds up and emergency vehicles can't always make their way through. 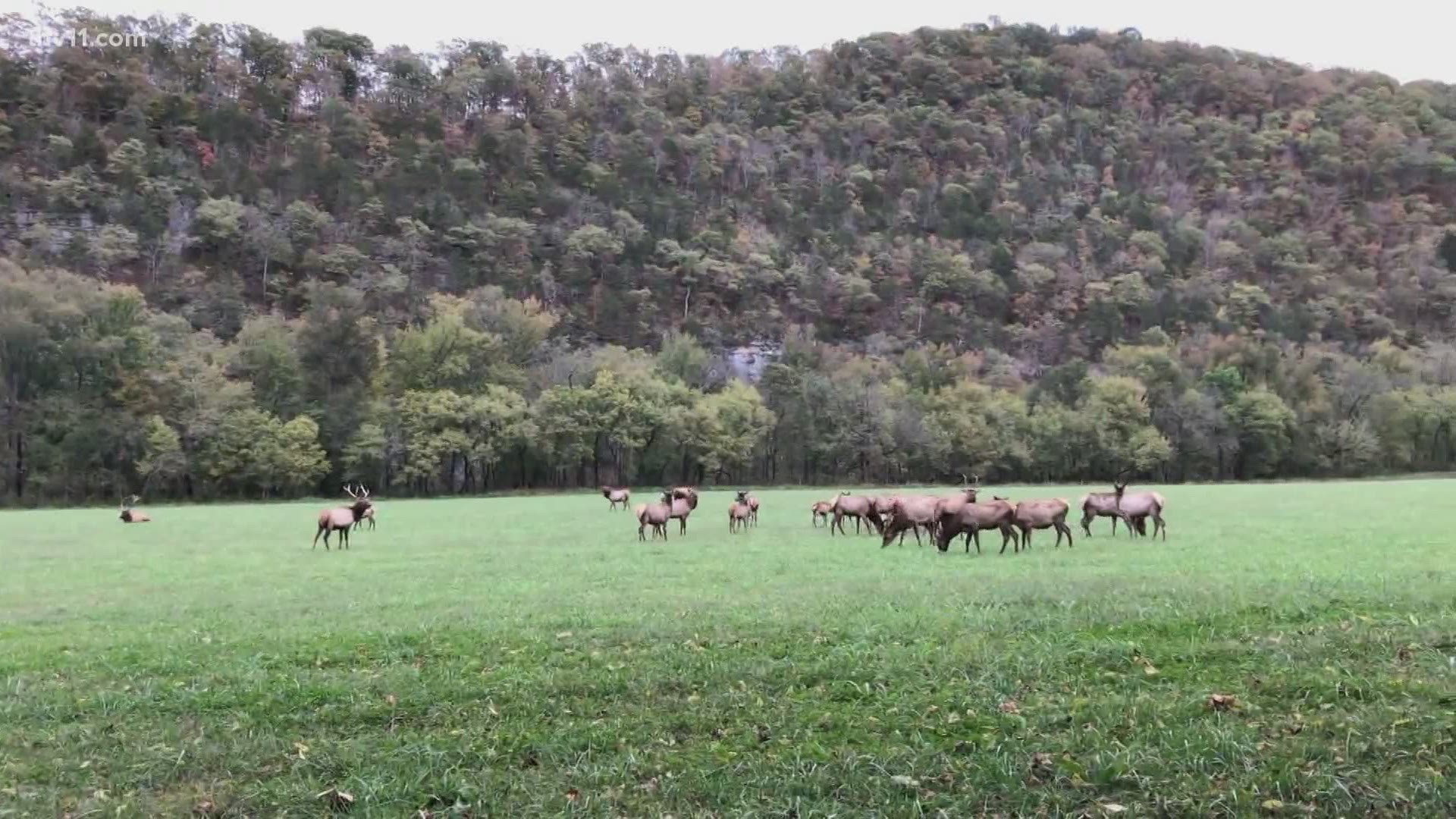 NEWTON COUNTY, ARKANSAS, Ark. — It's that time of year when many Arkansans plan a trip to the northwest part of the state to see the elk and fall colors.

But, with so many people headed up there to the Boxley and Ponca areas, the Newton County Sheriff's Department is staying busy.

It’s home to some of the most beautiful outdoor scenery in Arkansas, and an area people frequent this time of year in hopes to spot some elk.

“We have a larger influx of people this year than normal,” said Glenn Wheeler, Newton County Sheriff.

Some of the problems are people stopping to see the elk in the roadways, people creating their own parking spaces along major roadways while impeding traffic, and some are finding their way to private property.

"A couple years ago, we had someone get injured at Hawksbill Crag, and we couldn't get an ambulance within two miles of trailhead because of cars parked in the roadway," he said.

That same problem is already happening again early on in the season.

Other tourists are taking too much advantage of the roadways while driving without caution.

Wheeler said in just two days, several drivers have been caught speeding over 110 miles per hour.

"I want people to enjoy it and come back again, but they can't if they are injured or get hurt,” said Wheeler.

Wheeler encourages travelers to visit Newton County, take lots of photos, and enjoy every moment, but remember there are consequences if rules are broken.

"The last thing we want to do is issue citations. We do not want to do that, but we can't let one or two people mess up the enjoyment or safety of someone else,” said Wheeler.

It's a simple reminder you can safely park along the highways, just not on them.

Wheeler asks that you pull over to the side and make sure you are completely off the roadway.