A bear was seen hanging out, high above the ground, in a Little Rock neighborhood on Monday, May 18. 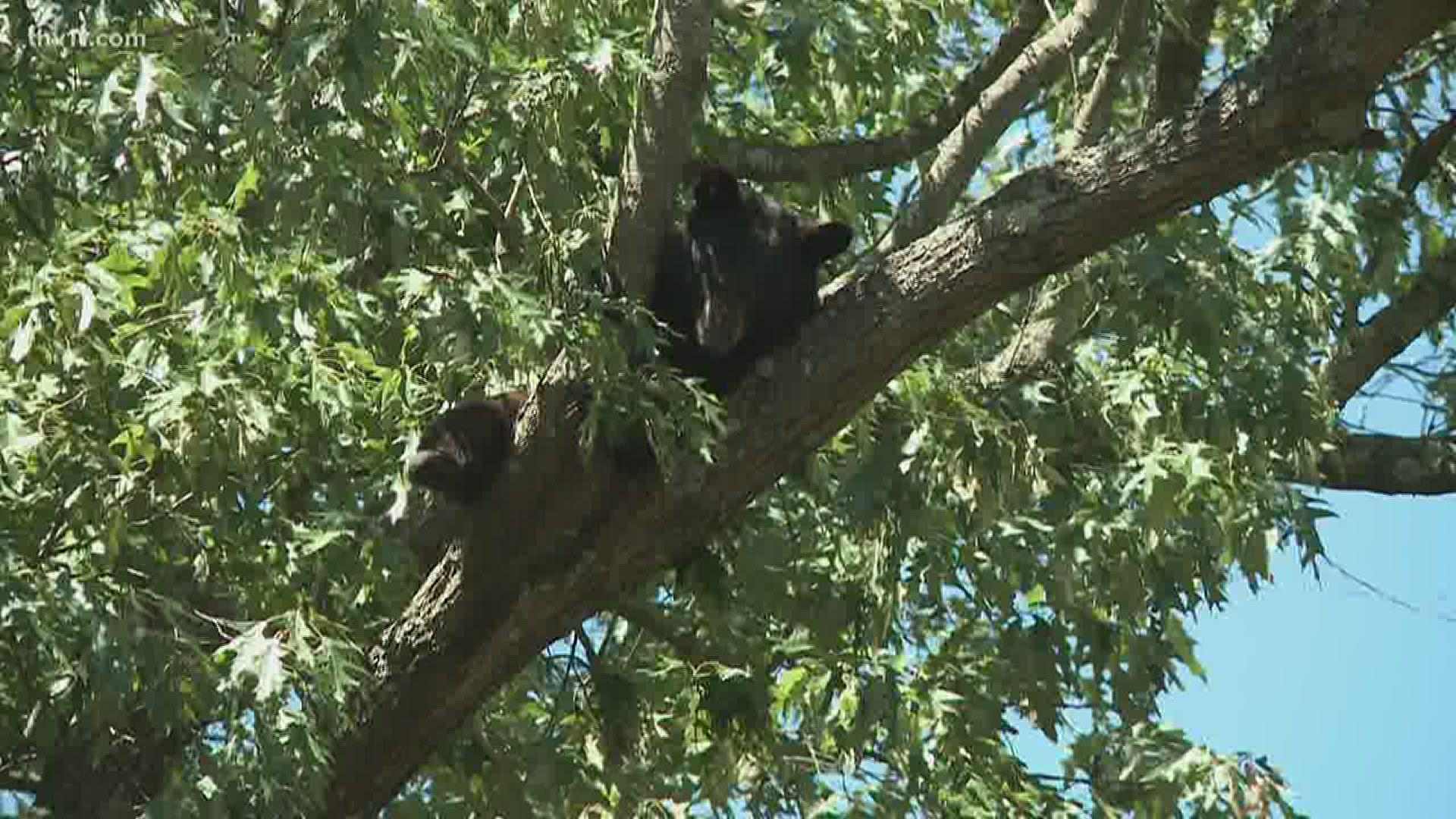 LITTLE ROCK, Arkansas — A bear was seen hanging out, high above the ground, in a Little Rock neighborhood on Monday, May 18.

Arkansas Game and Fish Commission officers tried to coax the bear down all day but the bear was too high to be reached by a tranquilizer dart.

As of 8:30 a.m. Tuesday morning, the bear had not come down from the tree. Trey Reid with AGFC said they set a trap with sardines overnight, hoping the bear would come down for a snack, but were unsuccessful.

Around 10 a.m., biologists and AGFC were able to tranquilize the bear and pull back down safely. Officials say they are going to release the bear somewhere in the middle of the woods.

On Friday, May 15 another bear was found up a tree near a Cabot apartment complex.

Game and Fish officials said the bears came out of hibernation in April and are likely looking for new places to call home.

"There's really nothing to fear,” Reid said. “They're more afraid of you than you are of them. If you see one alert authorities and we'll try to take care of it."

RELATED: What do I do if a I find an abandoned wild baby animal?