The two-way lineman out of Memphis picked the Hogs over Illinois, Oregon, and Florida State, among others 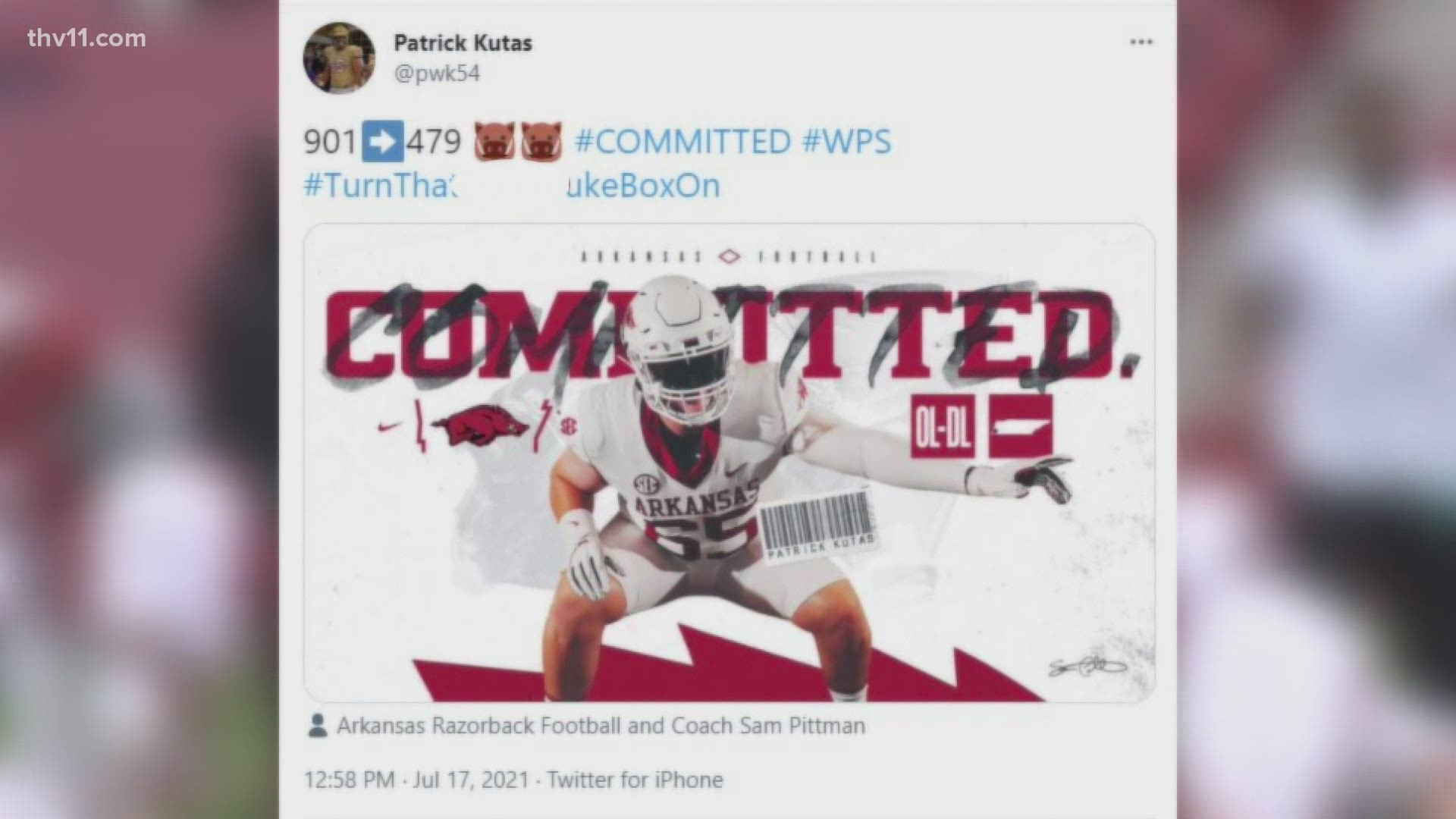 FAYETTEVILLE, Ark. — Sam Pittman is getting some help in the trenches.

On Saturday, two-way lineman Patrick Kutas announced that he was committing to play for the Razorbacks.

Out of Christian Brothers in Memphis, Kutas is rated as a three-star prospect per the 247Sports Composite. Rated as the No. 90 defensive lineman in the country by the recruiting service, Kutas comes in at 6'5", 295-pounds, in a position where Arkansas has needed size and depth over the last few seasons.

Kutas picked the Razorbacks over former Hogs head coach, Bret Bielema, and Illinois, Oregon, and Florida State, among others.