Logan Gilbert extends his scoreless streak in the loss 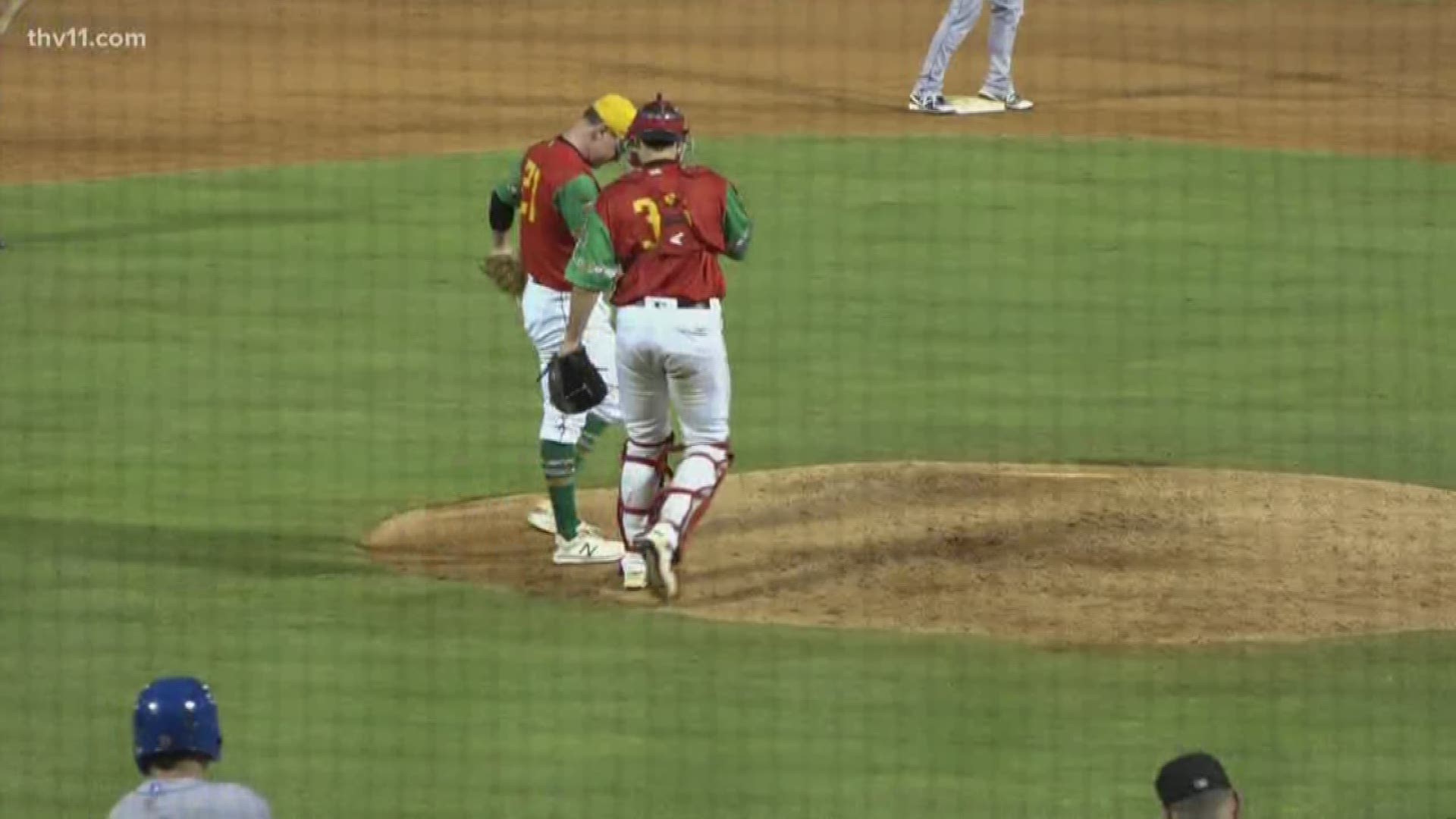 NORTH LITTLE ROCK, Ark. — The Arkansas Travelers were shut out by the Amarillo Sod Poodles, 1-0, on Saturday night. Kyle Lloyd pitched seven innings with six strikeouts for the win. Javy Guerra and David Bednar each pitched a scoreless inning to finish it with Bednar getting his 13th save. Logan Gilbert fired a scoreless start for Arkansas, going six innings and striking out six Poodles while surrendering just two hits and a walk. The Travs lost despite outhitting Amarillo, six to four.

* Amarillo nearly took the lead in the sixth inning with runners at first and second and one out. Ivan Castillo hit a bouncer to short and the Travs tried to turn two but the throw to first was late allowing Castillo to reach. However, the original runner at second, Buddy Reed, tried to score on the play and Evan White's throw home was just in time to nail him for the third out.

* The Sod Poodles run came in the seventh. Owen Miller doubled, Luis Torrens was intentionally walked and Hudson Potts singled to load the bases. Kyle Overstreet then hit the first pitch from Jack Anderson to left field for a sacrifice fly and the only run of the night.

* It was the 10th time this season the Travs have been shut out, all at home.

* The Travs went 6-6 when wearing the Diamantes uniforms this season.

* Logan Gilbert has not allowed a run for 18 consecutive innings, spanning more than three starts.

The decisive game of the series is Sunday afternoon at 2:10. Left-hander Ricardo Sanchez (8-10, 3.88) takes the mound against righty Ronald Bolanos (7-4, 4.52). Kids get to run the bases afterwards. The game will also be broadcast on the Sports Animal 920, the First Pitch App, TuneIn radio and milb.tv.