Cheers, chants of 'lock him up' greet President Trump at World Series

The president received a range of reactions at Nationals Park on Sunday. 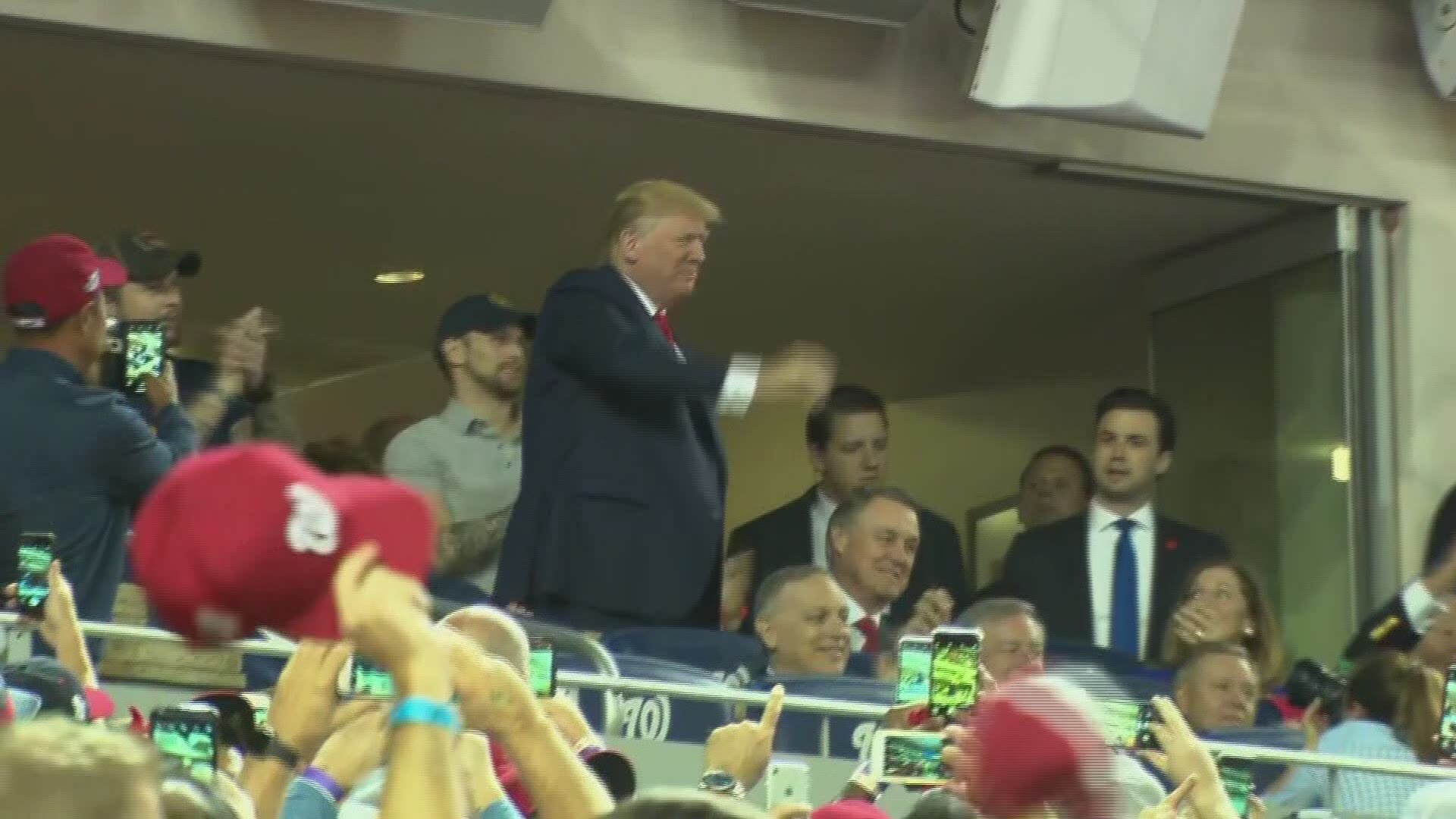 WASHINGTON — President Donald Trump saw a range of reaction as he attended Game 5 of the World Series at Nationals Park, from cheers and thumbs-up gestures to boos and chants of "lock him up."

As the president first arrived, fans around the section where he sat began cheering as they realized he was taking his seat. Some could be seen recording Trump on their phones and giving him a thumbs up.

Boos were heard again at Nats Park Wednesday when a 2020 campaign video aired on the big screen at the Game 7 watch party.

You can watch video below of his first appearance in the suite in which he sat in Section 119.

Later in the game, WUSA9 sports director Darren Haynes and reporter Adam Longo recorded fans as they booed and chanted, "lock him up" as the president was shown on the big screen in Nationals Park.

Some fans also unfurled an "Impeach Trump" banner inside the stadium.

Inside of the stadium, normal ballpark security was replaced with Secret Service agents and an increase in Transportation Security Administration workers in anticipation of the president's arrival.

Since he took office in January 2017, President Trump has not attended an MLB game. He made his first visit to Nationals Park Sunday for Game 5 of the best-of-seven matchup between the Nats and Astros.

RELATED: Source: Nationals owners requested they not have to respond to request to sit with President Trump at Game 5