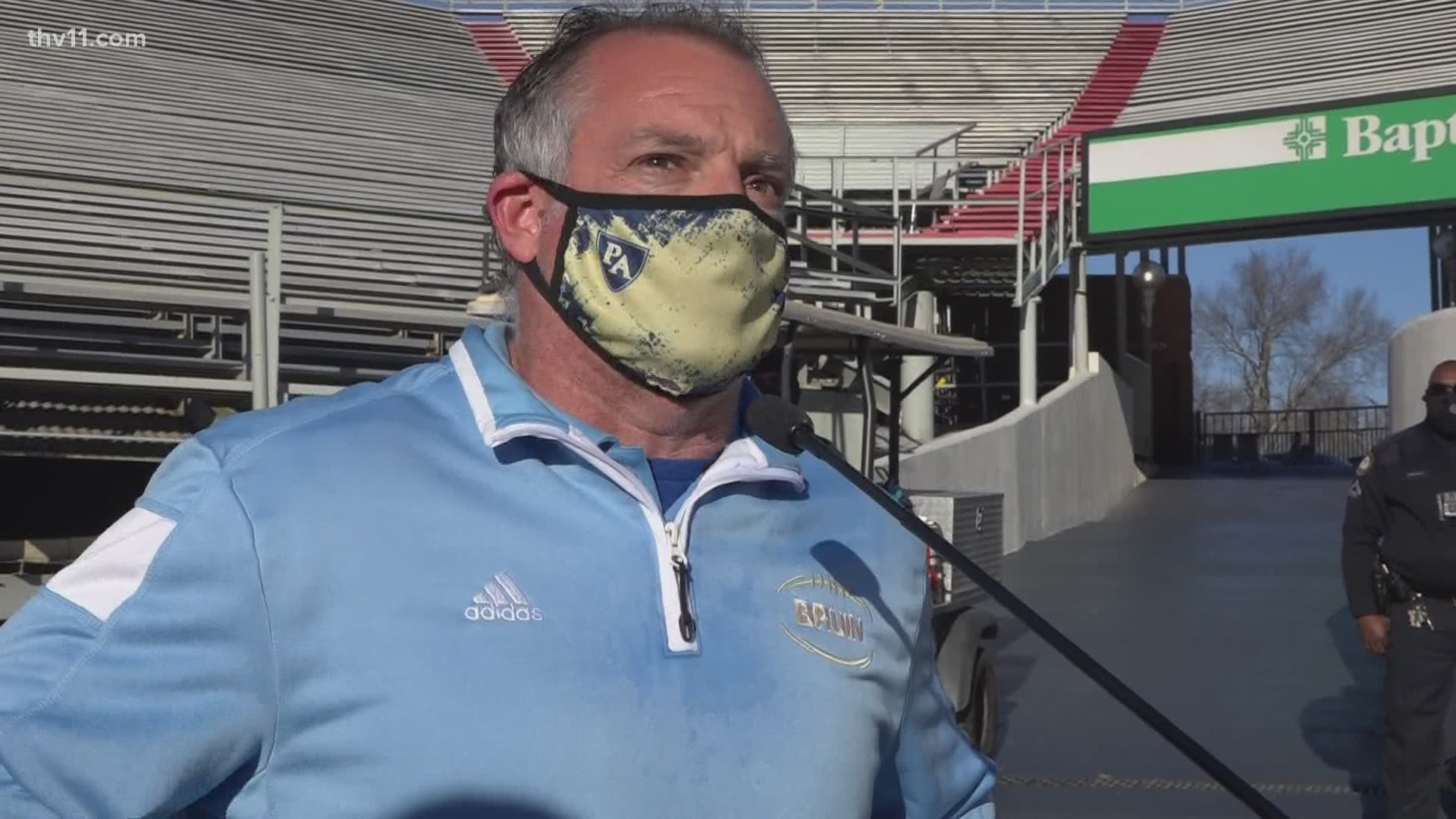 LITTLE ROCK, Ark. — One of the most successful coaches in the history of Arkansas high school football is leaving.

Can confirm Pulaski Academy head coach Kevin Kelley is leaving the Bruins to be the head coach at Presbyterian College in South Carolina.

Pulaski Academy head coach Kevin Kelley has accepted to the head coaching position at Presbyterian College in South Carolina, according to an email sent to parents of the school confirmed to THV11

Kelley's run with the Bruins is unmatched, winning nine state titles since 2003, including six championships over the past eight years.

Kelley has gained national attention for his football philosophy to never punt and always go for it on 4th down.