Van Horn agreed to a new five year agreement which includes five automatic one year contract rollovers that could extend his job through June 2031. 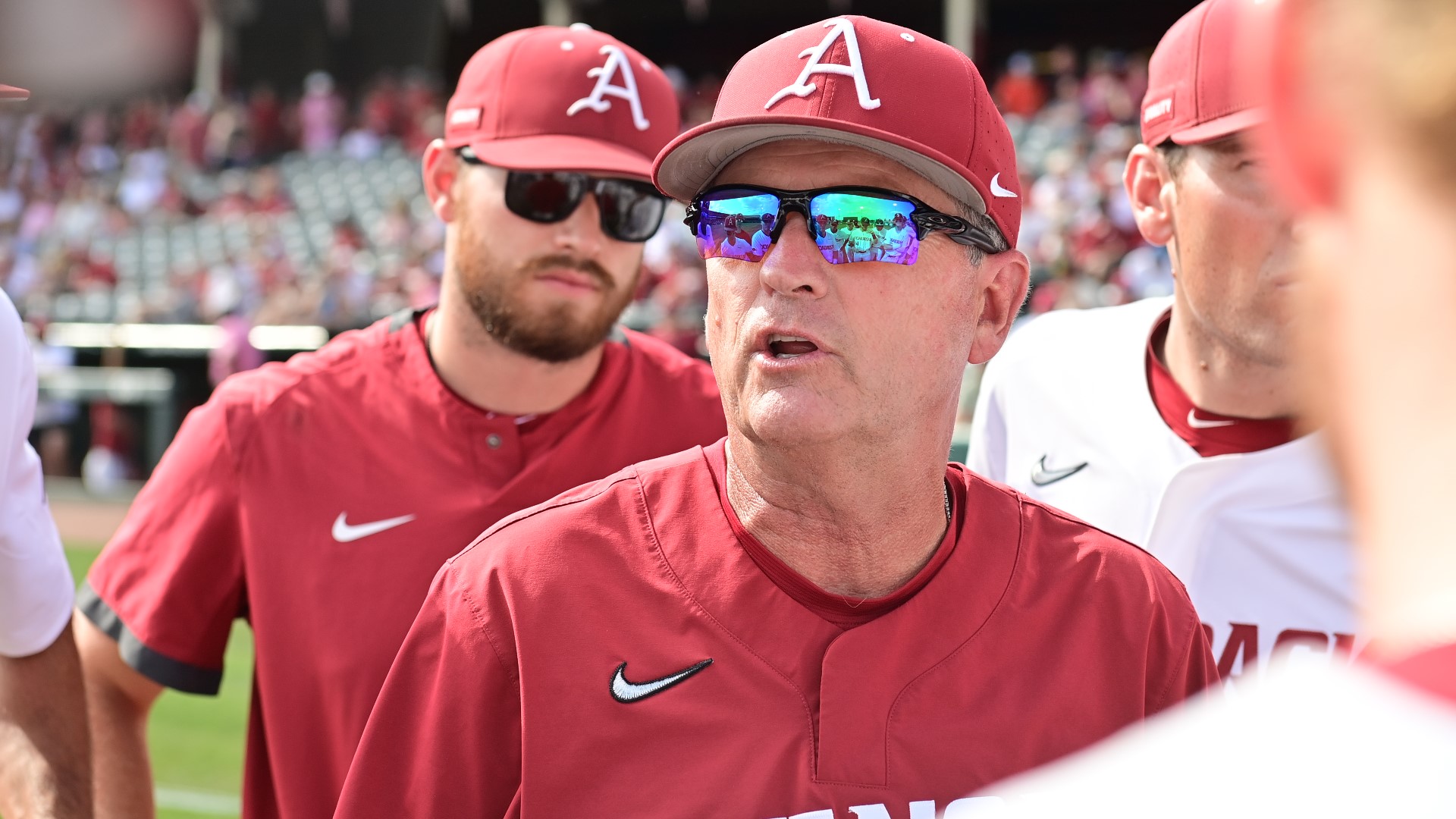 FAYETTEVILLE, Ark. — The Arkansas Razorbacks have signed Dave Van Horn to an extension that will see his tenure last to at least 2031.

Van Horn, who has been the head baseball coach since 2003, agreed to a new five year agreement which includes five automatic one year contract rollovers that could extend his job through June 2031.

He will receive $1.25 million annual salary with increases to his base salary and incentives based on the Razorbacks' success as a team.

Van Horn was named the SEC Coach of the Year and won the SEC regular season title. The Razorbacks also won the SEC Tournament title for the first time in school history.

“Dave Van Horn is Razorback Baseball,” Vice Chancellor and Director of Athletics Hunter Yurachek said. “Since returning to campus almost 20 years ago to lead the OmaHogs, he has embodied what it truly means to be a Razorback; hard work, passion, loyalty and excellence.”

During his 19 seasons as the Razorbacks' baseball coach, the team has gone to six College World Series appearances and 750 wins.

“I want to thank Hunter Yurachek and our administration for believing in me, and I’m looking forward to many more years leading our baseball program at the University of Arkansas,” Van Horn said. “I’m extremely proud of what we have accomplished so far, and I’m excited for the future as the coaches and players are working hard to bring a national championship to the best fans in college baseball.”

Since being coach, 111 Razorbacks have been selected in the MLB Draft and two players, Andrew Benintendi and Kevin Kopps, have won the Dick Howser Trophy.

Van Horn currently has 1,121 total wins as a coach, which is 11th among all active coaches.