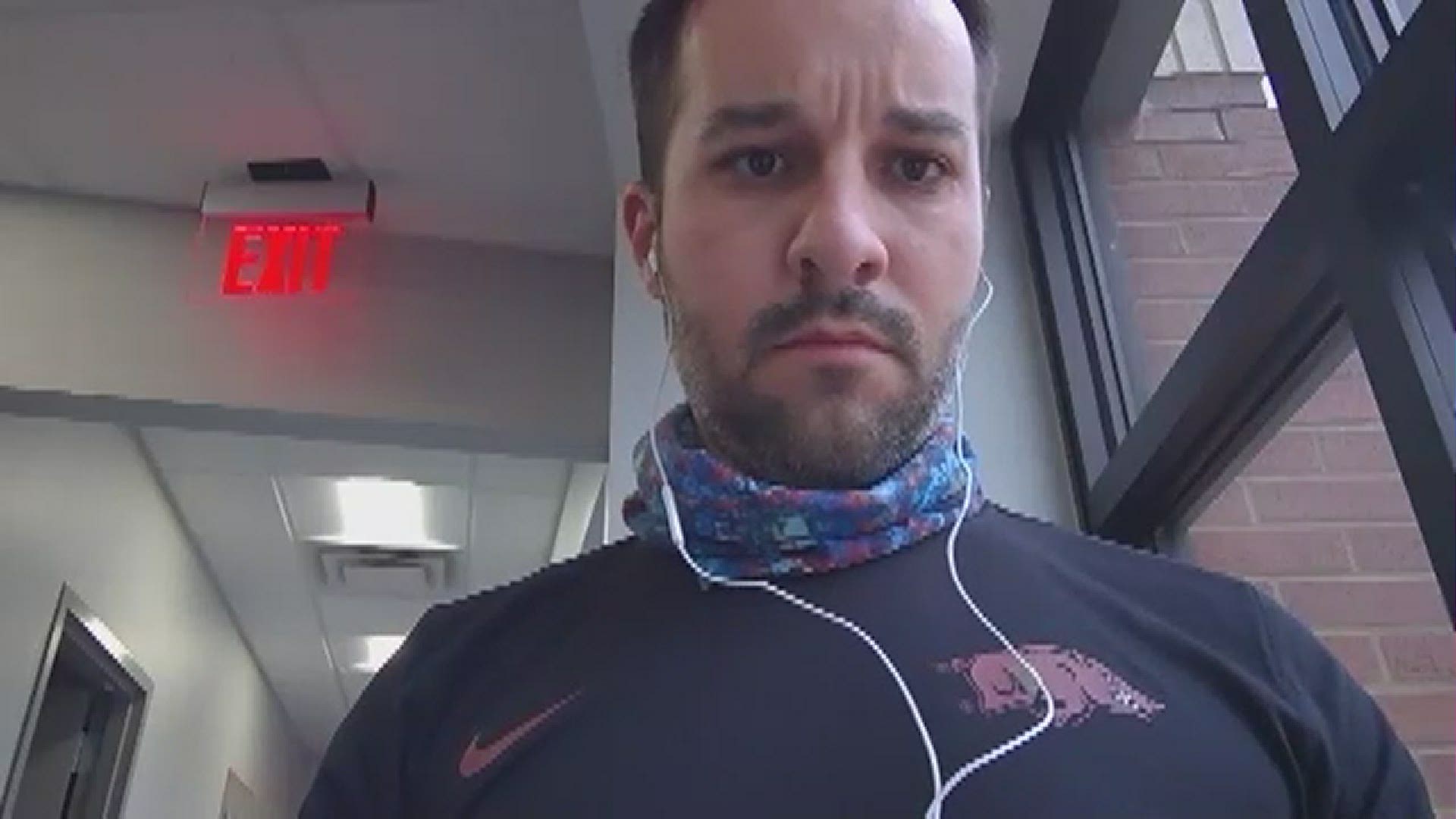 FAYETTEVILLE, Arkansas — Powered by an 11-run sixth inning, the Red Team evened the Fall Series with an 11-0 win on an overcast Sunday afternoon at Baum-Walker Stadium.

The two teams traded zeroes through the first five innings as starting pitchers Kole Ramage for the Red and Caleb Bolden for the Black battled in and out of trouble before turning it over to their respective bullpens. The Black Team bullpen blinked first in the top of the sixth when Matt Goodheart snuck a home run over the outstretched glove of a leaping Christian Franklin at the wall for the game’s first run. That solo homer opened the flood gates for the Red squad and set off a string of six straight batters to reach safely. Brady Slavens’ RBI-single made it a 2-0 game before a bases loaded walk to Zac White made it 3-0. Michael Brooks made the first out but his ground ball to third pushed a run across before Jackson Cobb’s double off the left-center field wall blew the game open with two more runs. Cullen Smith added his own run-scoring double and Goodheart chipped in a RBI-single but it was Slavens who delivered the knockout blow with a mammoth three-run homer off top of the new building in right field to cap the 11-run rally.

The Red Team bullpen finished off the victory with strong outings from Matthew Magre and Liam Henry. Magre punched out four of the five batters he faced. Zack Morris was the beneficiary of the offensive outburst, earning the win despite throwing just two pitches and getting one out in the fifth inning. Ramage allowed four hits with two walks and struck out three in 3.1 innings.

The two teams square off in Game 3 tomorrow at 3 p.m. The game will be available on SEC Network+.