The 93 points scored by A-State are the most in a Sun Belt Conference home game since posting 94 points against Western Kentucky back on January 15, 2005 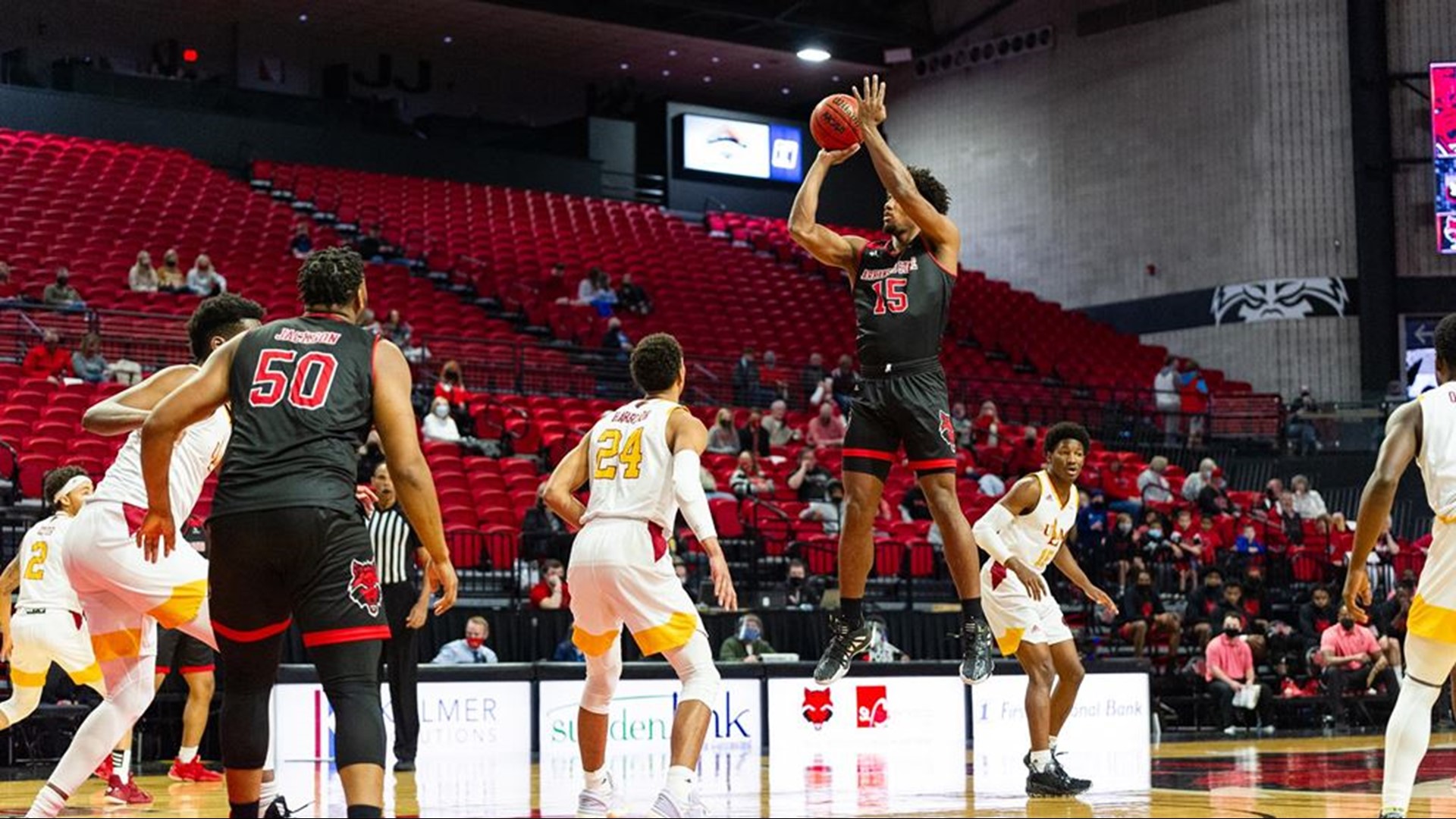 Omier collected his fifth double-double of the season with a game-high 22 points and 17 rebounds, his eighth-straight game with 10 or more rebounds. Eaton posted his first career double-double finishing with 17 points and a career-high 10 assists, the first point-assist double-double since Donte Thomas had 18 points and 10 assists against Chattanooga on November 20, 2016. Caleb Fields added 19 points, five assists and four rebounds while Keyon Wesley had 13 points in 12 minutes off the bench. Russell Harrison and Koreem Ozier led ULM (4-9, 2-4 Sun Belt) with 18 points each.

The Red Wolves got off to a quick start leading 14-2 just over four minutes in, but the Warhawks answered with a 21-4 run to lead 23-18 with 8:42 to play in the first half. The five-point lead was the largest of the game for the Warhawks as the Red Wolves battled back and took a 39-36 lead to the halftime break.

A-State travels to Louisiana for a two-game series beginning Friday at 6:00 p.m. with the second game scheduled for Saturday at 4:00 p.m. Both games can be seen on ESPN+ and heard across the EAB Sports Network and flagship station 107.9 KFIN. For the latest on A-State men's basketball, follow the team on Twitter (@AStateMB), Facebook (/AStateMB) and Instagram (@astatemb).