With the win over the Trojans, A-State shut out a Sun Belt Conference opponent for the first time since May 13, 2017 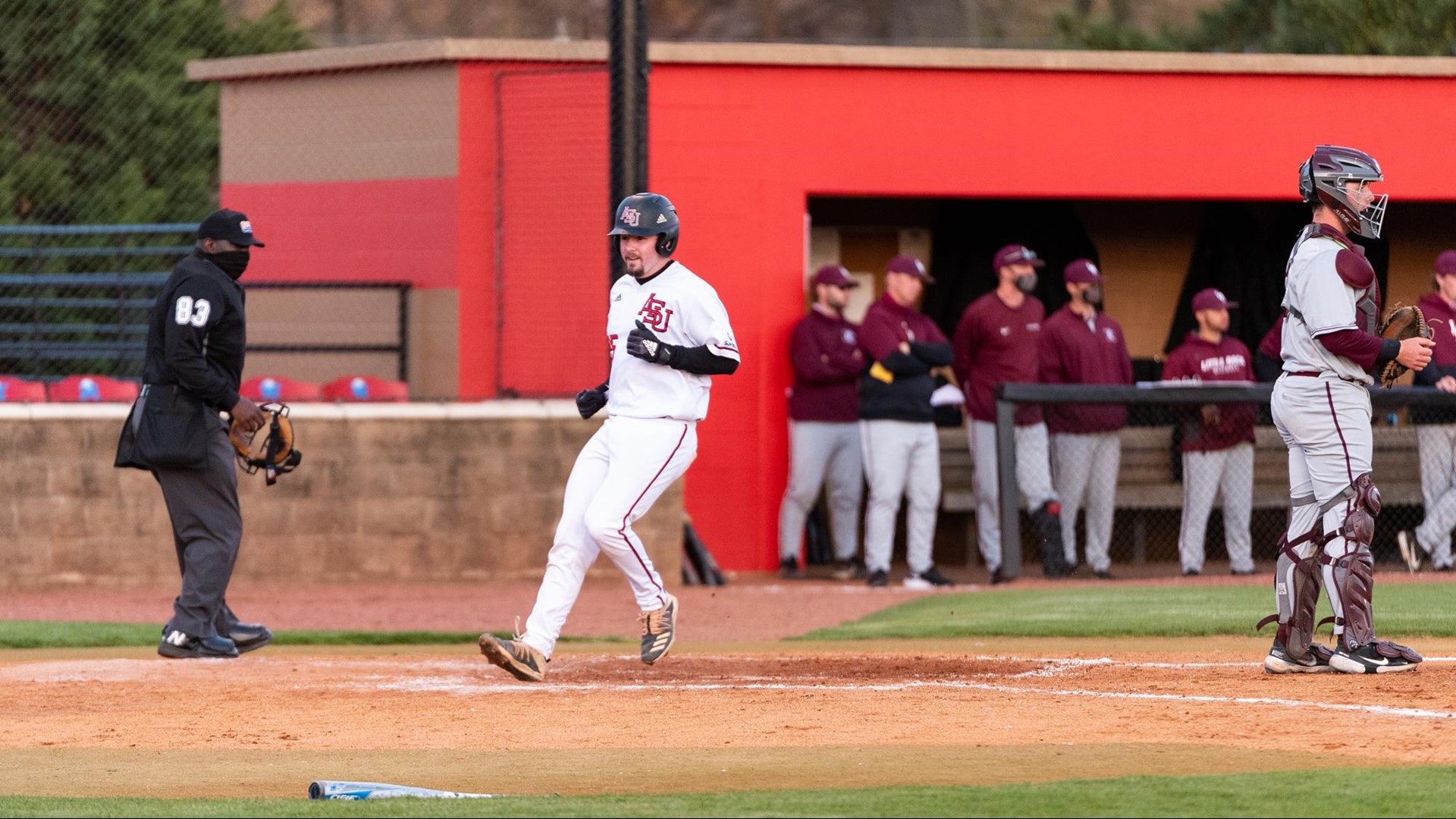 In a pitchers' duel that saw no runs scored through five-and-a-half innings, Hicks sent a high home run that just left the ballpark over the wall in right-center field for what would be the go-ahead run. Jeans tossed the games' final four innings to earn the win for the Red Wolves (7-14, 2-3 SBC) in relief of the starter Nash, striking out seven and scattering three hits.

With the win over the Trojans (12-10, 3-2), A-State shut out a Sun Belt Conference opponent for the first time since May 13, 2017 (1-0 at Georgia Southern). The Red Wolves also recorded their first shutout over Little Rock since March 14, 2014 (3-0 in Jonesboro). A-State has now won four of the last five series versus the Trojans.

Sky-Lar Culver also recorded multiple hits Friday night, tallying three while Jaylon Deshazier drove in a pair of runs in the eighth with a triple.

The Trojans threatened in the first inning, loading the bases with two outs, but Nash worked out of the jam. Nash tossed 5.0 innings, allowing four hits and striking out three. Neither team would touch home until Hicks' solo shot on the first pitch of the at-bat in the sixth.

Jeans retired the first six batters he faced before the Trojans loaded the bases with one out. A strikeout and flyout ended another Little Rock scoring threat in the seventh.

A-State tacked on three insurance runs in the seventh, first on Deshazier's two-run triple to drive in Hicks and Tyler Duncan. Culver then singled up the middle to drive home Deshazier before the inning ended.

In the ninth, Jeans struck out the first two batters he faced before a pair of runners reached via walk and a single. After falling behind 3-0 in the count, Jeans fired three straight strikes to punch out Nathan Lyons swinging to end the contest and clinch the series for the Red Wolves.

NEXT UP
A-State now looks to complete the series sweep on Saturday versus the Trojans. First pitch at Tomlinson Stadium-Kell Field is slated for 1 p.m. on ESPN+ with the radio broadcast on 95.3 The Ticket.