Rochell goes to Rams in fourth round

Rochell, out of Shreveport, is UCA’s 12th draftee, and fourth in the past six years. At No. 130, Rochell is the highest pick in program history. 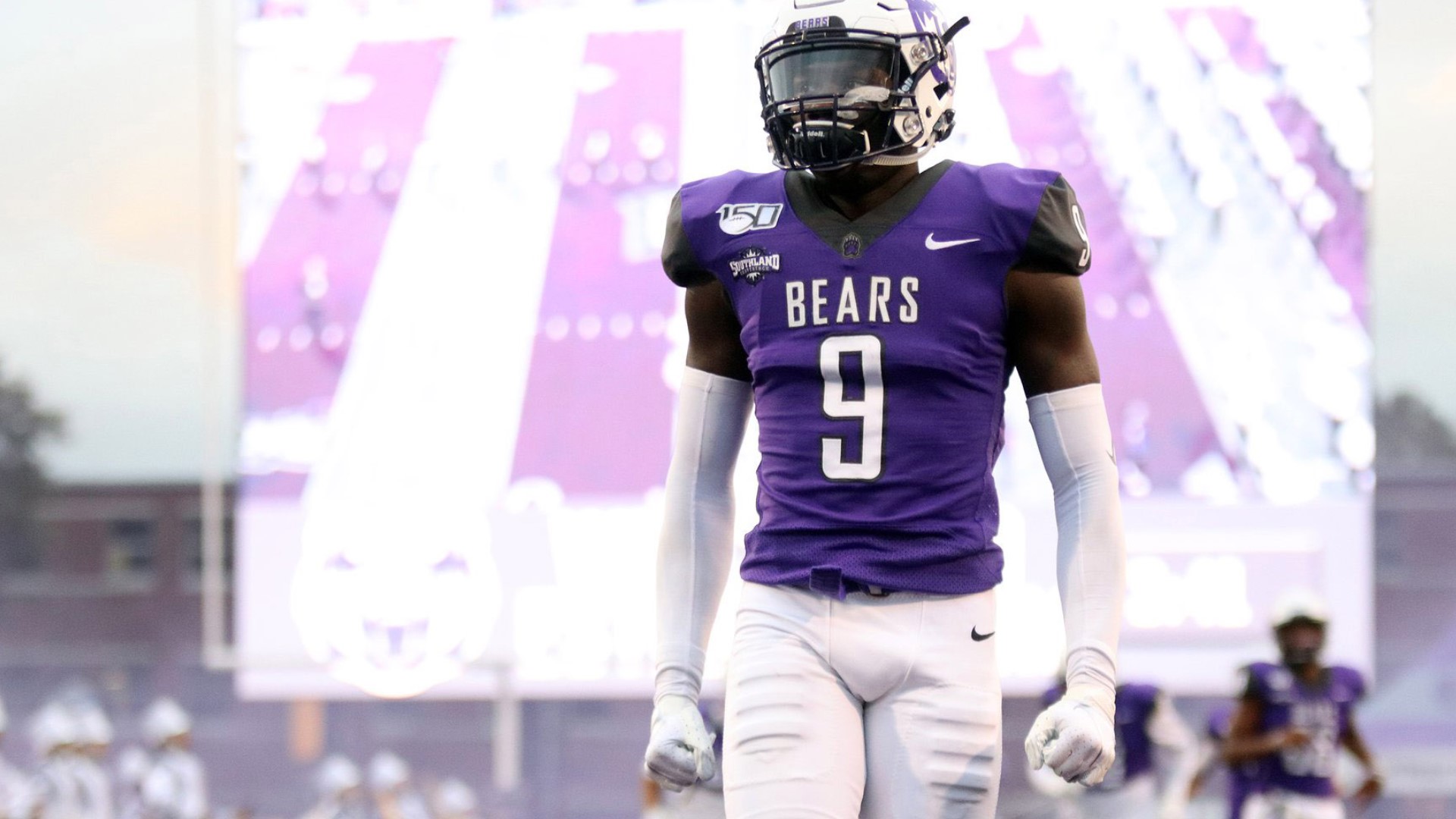 CONWAY, Arkansas — With the 130th pick in the 2021 NFL Draft... University of Central Arkansas cornerback Robert Rochell made history Saturday as the highest round selection in school history.

Rochell, from Shreveport, La., was selected in the fourth round by the Los Angeles Rams. The highest draftee for UCA prior to Saturday was Larry Hart, a defensive end taken by the Jacksonville Jaguars in the fifth round (No. 143 overall) in 2009. The last draft pick for the Bears was cornerback Tremon Smith in the sixth round (No. 196 overall) by the Kansas City Chiefs in 2018.

Rochell, out of Fair Park High School in Shreveport, is UCA’s 12th draftee, and fourth in the past six years. He is also the first Southland Conference player drafted since 2018.

“It was a moment of relief more than anything,’ said Rochell, who opened some eyes with his stellar Pro Day numbers this Spring. “It means everything. I have a great group of people behind me who supported me on this long road and through everything I’ve been through. So just being here in this moment and being able to share it with them, and being able to know that I’m going to be able to go chase my dream and do what I love, it’s everything.’

Rochell, a 6-foot-2, 195-pound senior, is a first-team All-Southland Conference selection, an FCS All-American and a three-year starter at UCA. In seven games last fall, Rochell totaled 27 tackles (19 solos) and had three pass breakups, a forced fumble and fumble recovery that he returned 35 yards for a touchdown against UAB.

For his career, Rochell had 104 career tackles, including 6.5 tackles for loss, along with 28 pass breakups and 10 interceptions, with three forced fumbles and three fumble recoveries. Rochell was named a first-team American Football Coaches Association (AFCA) All-American in 2019 and a second-team All-American by STATS FCS.

Rochell credited his UCA family with much of his success and, in fact, held his draft day party in his college city.

“It was all worth it (coming to UCA),’ he said. “I’m just thankful for all the coaches that came through there and throughout their journey poured into me, gave me something for my journey. Thankful for all the players who benefited me and helped me get to this point. That’s why I’m back here in Conway, so I could share this moment with all of them, and show them that it’s possible to come here and do this. You just have to put your head down and work and grind it out.

“There have been multiple players in front of me who have made it from here, that paved the way. I just want to continue that.’

Rochell was a three-time All-Southland Conference player who led the Bears interceptions in both 2018 and 2019. His 10 career interceptions ranks in the Top 10 in school history. Rochell was just the third UCA player to draw an invitiation to the prestigious Reese’s Senior Bowl.

“We are extremely excited for Robert and his family today,’ said UCA head coach Nathan Brown. “This is a huge day for them and our program. This is a direct reflection of his work ethic and commitment to be the best player he could be. The Los Angeles Rams are getting a great football player but an even better young man.

“This shows you can come to UCA and play football and reach any goal you have professionally in your football life.’