A two-sport athlete at Little Rock Catholic, Williams found his passion for football at a young age, as well as his love for the Arkansas Razorbacks. 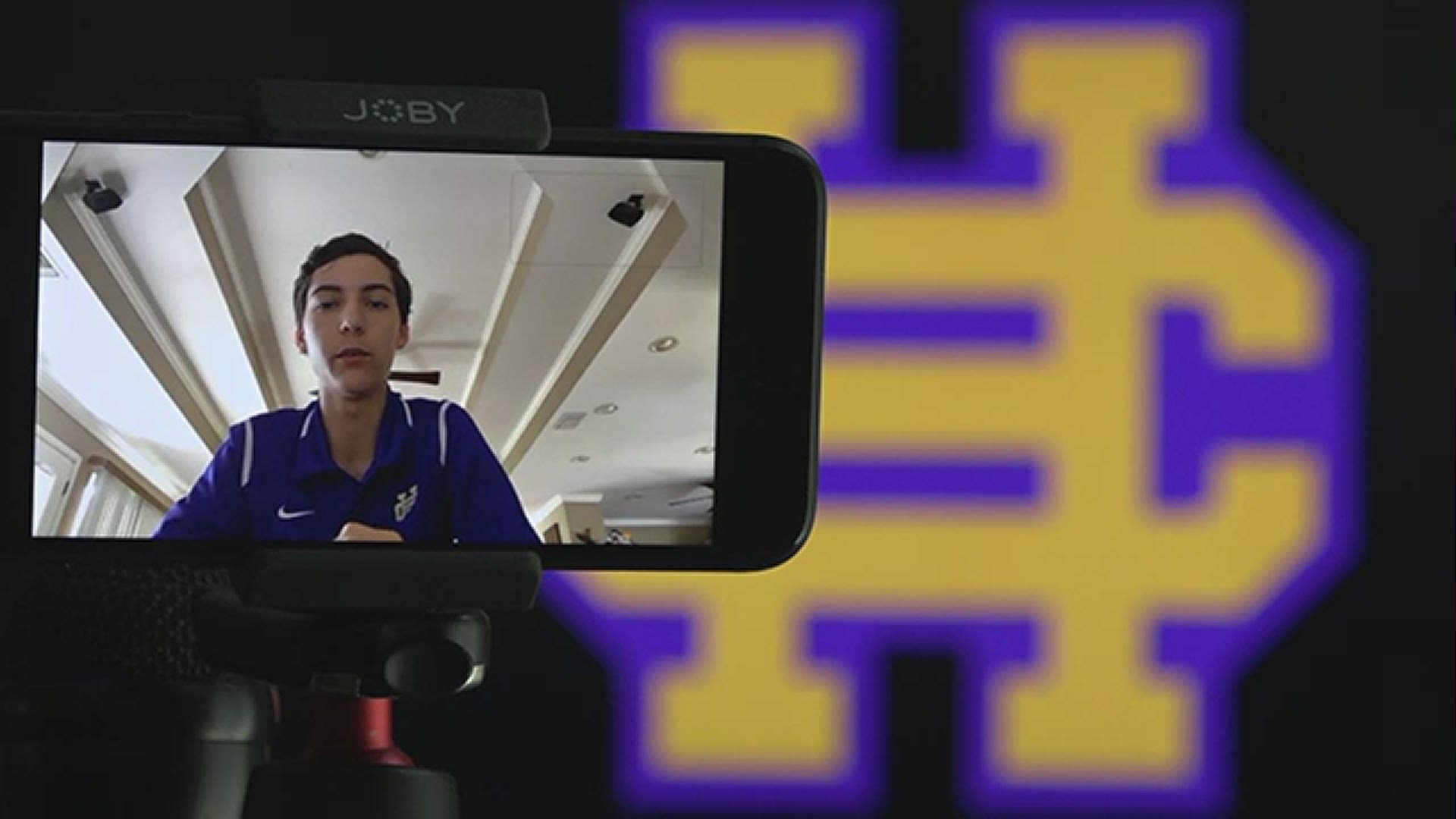 LITTLE ROCK, Ark. — Chance Williams got to finish out his senior football season, but his heart goes out to his classmates that didn't have their opportunity.

"I feel so bad for the soccer and baseball guys," he said. "I mean, I got to play out my senior season, I got to play it all the way through and they didn't. And I just feel for them."

In addition to football, Chance is on the trap shooting team at Little Rock Catholic, following in the footsteps of his older brother.

"I love deer hunting, I love duck hunting, and you know trap shooting is something to go do with your friends," said Williams. "At the same time, you're kind of like improving your accuracy. You're shooting at skeet, and it's a lot of fun and I love going out there and doing that with my friends. It's a lot of fun."

But football is his passion, and he's drawing on the lessons that the sport has taught him.

"You know, I love that game," he said. "It just teaches you if you get knocked down, you have to get back up. You can't just fold, you've got to keep going, no matter what the circumstances are."

In the fall, Chance will be attending the University of Arkansas. Although he's still undecided about what he will study, there was never a question about whether or not he was going to be a Razorback.

As he prepares to move forward, this experience has given him a new appreciation for his time as a Rocket.