Mayflower's student council president was a two-sport athlete for the Eagles, winning a state bowling title while starting for three years on the offensive line 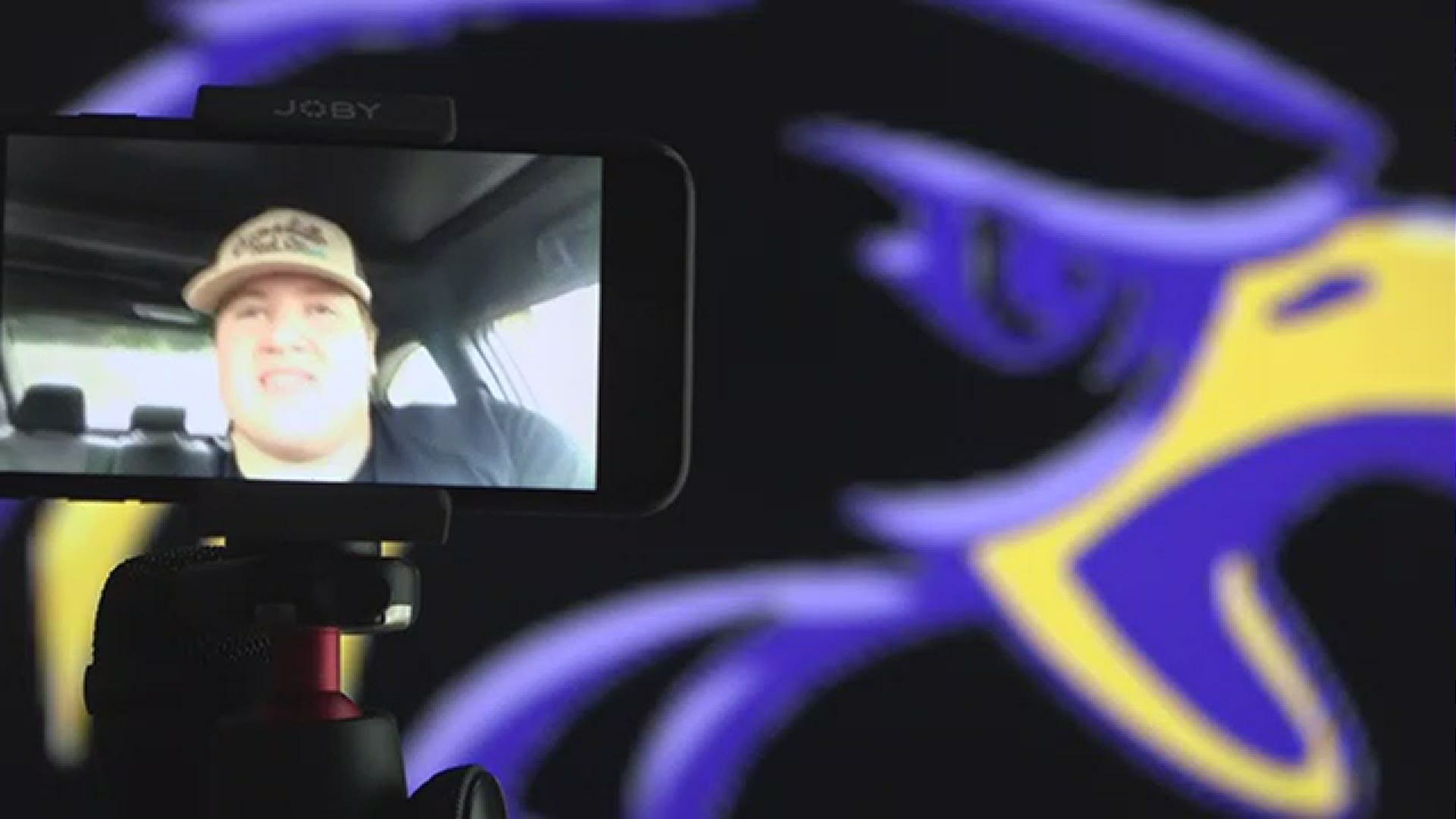 MAYFLOWER, Ark. — Darren Raney has been playing football since the fourth grade. A three-year starter at center for Mayflower, the Eagles are more than just a team, they're a family.

"Our team goal and our motto was family," he said. "Family is everything to me. And that’s what I love. I love my family, friends, and I love my teammates."

Raney is also a state champion bowler. Although he got into it because his older brother and sister played before him, he admitted there was an ulterior motive for starting the sport.

"Really, what I wanted to do is get out of football workouts during off-season," he said. "But then I just fell in love with it."

Raney didn't wait until after high school to get to work. He started his own lawn care business during his sophomore year.

"I just started mowing neighbor's yards," he said, "And then everyone was just like, 'hey, do you want to mow mine?' And it just kept growing and growing."

Now that he's graduated, Raney is getting trained in his dream career as a tool and die machinist.

"I'm a very hands-on learner," he said, when asked about why he was interested in becoming a tool and die machinist. "I like building stuff. And I like making things my own. I had a friend at church and he said, 'oh I do this!' and that's how I kind of got interested in it, researched and fell in love with it."

And his message for his friends, teammates, and those at Mayflower that are coming up behind him is something that he puts into practice every day.

"Just work harder," Raney said. "Be the best you can be. Don't let anything stop you."