A multi-sport athlete at Bismarck High, Kegley plans to attend Henderson State University and pursue a career in computer science. 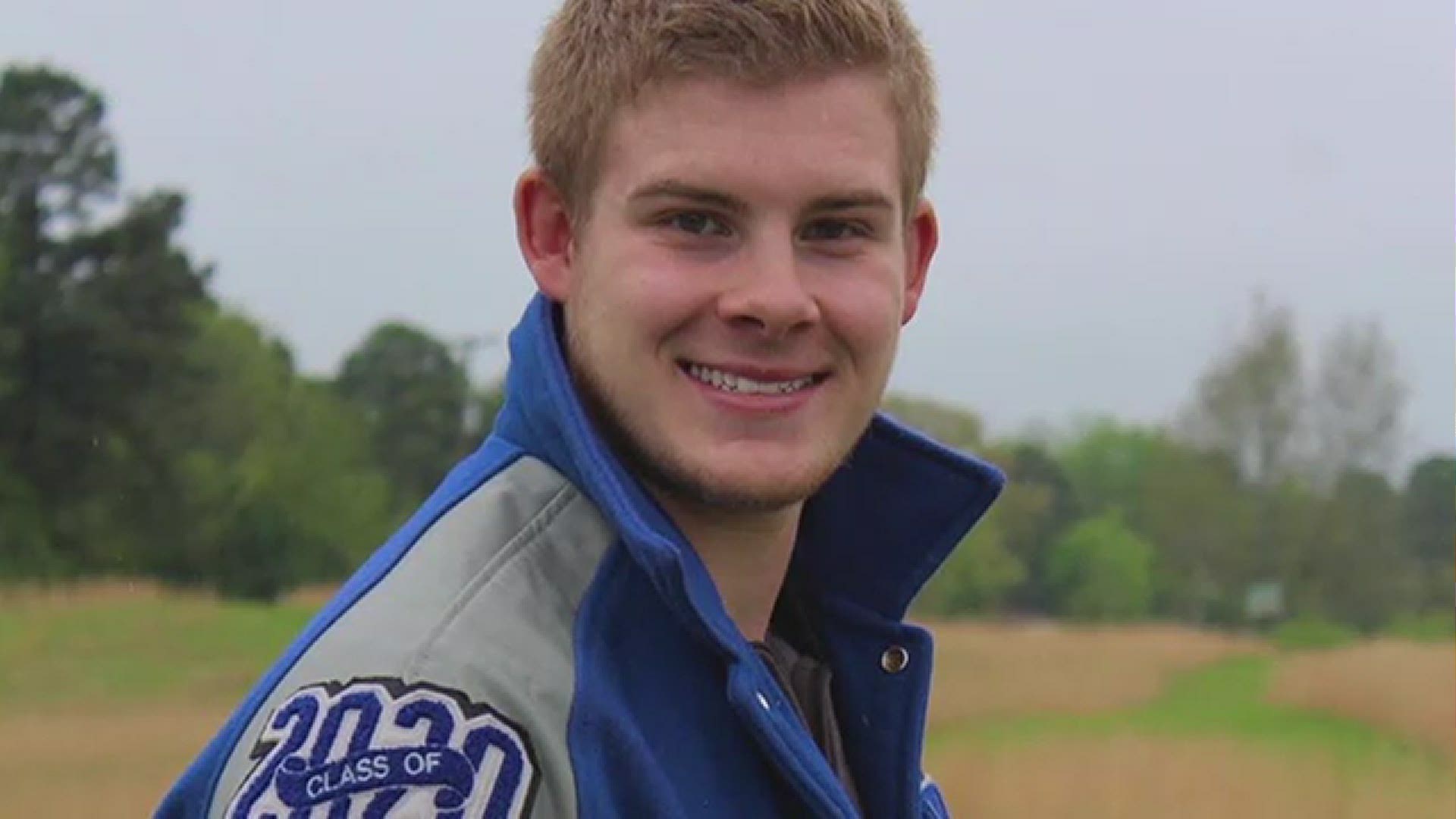 BISMARCK, Ark. — James Kegley played football, basketball and baseball during his time at Bismarck High. But baseball is his favorite by far.

"It was the first sport I learned how to play," he said. "In fact, my dad taught me. My dad was out in the yard with me almost every day hitting pop flies and teaching me how to play different positions on the field."

He's been on varsity since his freshman year and the memories that he's made are ones he'll cherish forever.

"Just having fun with the guys," Kegley said. "Definitely in games, but practices, they're always fun. We had a lot of laughs. Just getting to know the guys when I first moved there and we just had a lot of fun with it."

And he was on the diamond with his teammates when they learned that their senior season had been cut short.

"I was kind of heartbroken because baseball is my favorite sport," said Kegley, "and we didn't get to finish our baseball season this year. We were going to be pretty good and we were going to make a run for it, so I was pretty disappointed about it."

In the fall, James will head just down the road to Henderson State University. Although there's still the chance that he might try and walk-on for the Reddies, he's more focused on getting a degree in computer science.

"It's closer to home and I'm kind of a homebody myself," he explained when asked why Henderson State was the right fit for him. As for his decision to pursue a degree in computer science, he said, "I've always liked technology and everything nowadays uses technology, so I just figure it's a good fit for me since I'm always using different technology."

No matter what comes next, he'll forever be grateful for the time he got to spend as a Bismarck Lion.

"They helped me grow as a person," Kegley said of his teammates and coaches. "They taught me not only how to play the sports, but the values of life. My friends on my teams, they were always there for me, I would always have their back if they needed anything. Same as the coaches, and there's nothing like it."