She played volleyball, basketball, and ran track at Hall and will be going to UAPB to study mathematics with the hopes of becoming a basketball coach. 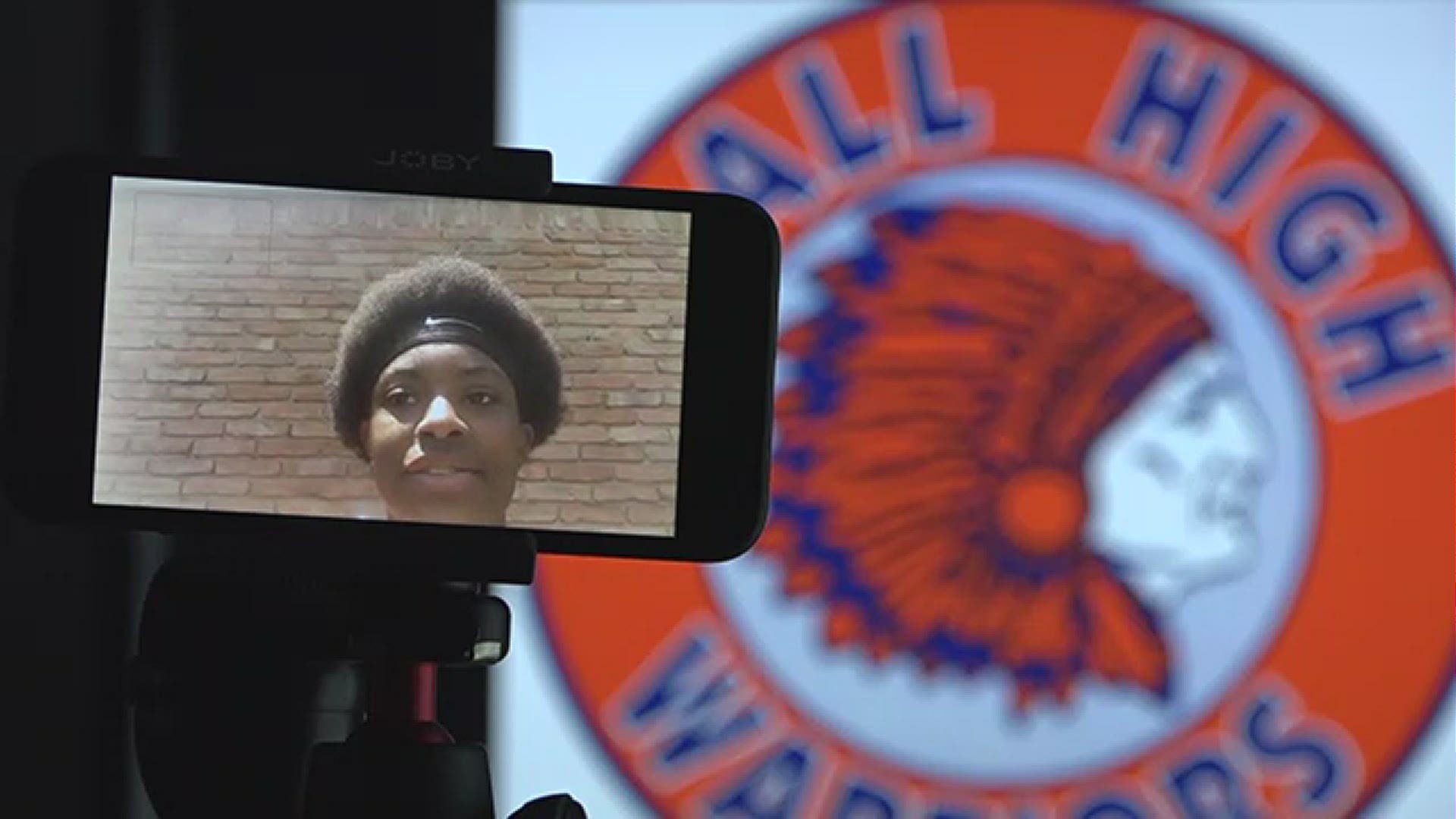 LITTLE ROCK, Ark. — Kataria Dismuke has been playing basketball since she was six. And although she loves the sport, there's a special place in her heart for volleyball.

"At first it was a tough transition," she said, "because volleyball was right before basketball so it was complicated with the schedule. But once I got to doing it, it was actually fun."

Some of her favorite memories from her time as an athlete at Hall include bus rides back from basketball games, and there's one in particular that she remembers.

"We have this thing where if we win we get to talk on the bus on the ride home and if we lose, we don't," explained Kataria. "And we weren't expected to win, the odds were against us, but we actually won. And so the feeling on the bus, the atmosphere, the laughs and everything it just made everything so much better."

She credits her coaches at Hall for helping to make sure that she achieved her full potential.

"There are no coaches like the ones that are at Hall," she said. "The coaches there at Hall, they take care of you. They make sure that you're on track, you're doing everything you need to do."

In the fall, Kataria will go to the University of Arkansas at Pine Bluff, just like generations of her family before her. She'll be taking a year off just to be a student, but basketball remains in her future.

And she wants everyone to know just how proud she is to have graduated from Hall.

"Thank you for the great experiences over the years," Kataria said to her coaches and teammates. "I'm glad I'm a Warrior, I wouldn't want to be a Patriot or a Tiger. You guys have really given me something to remember."