Marcus Smith is a two-year starter for the Lake Hamilton football team who will pursue a career in nursing at Central Arkansas. 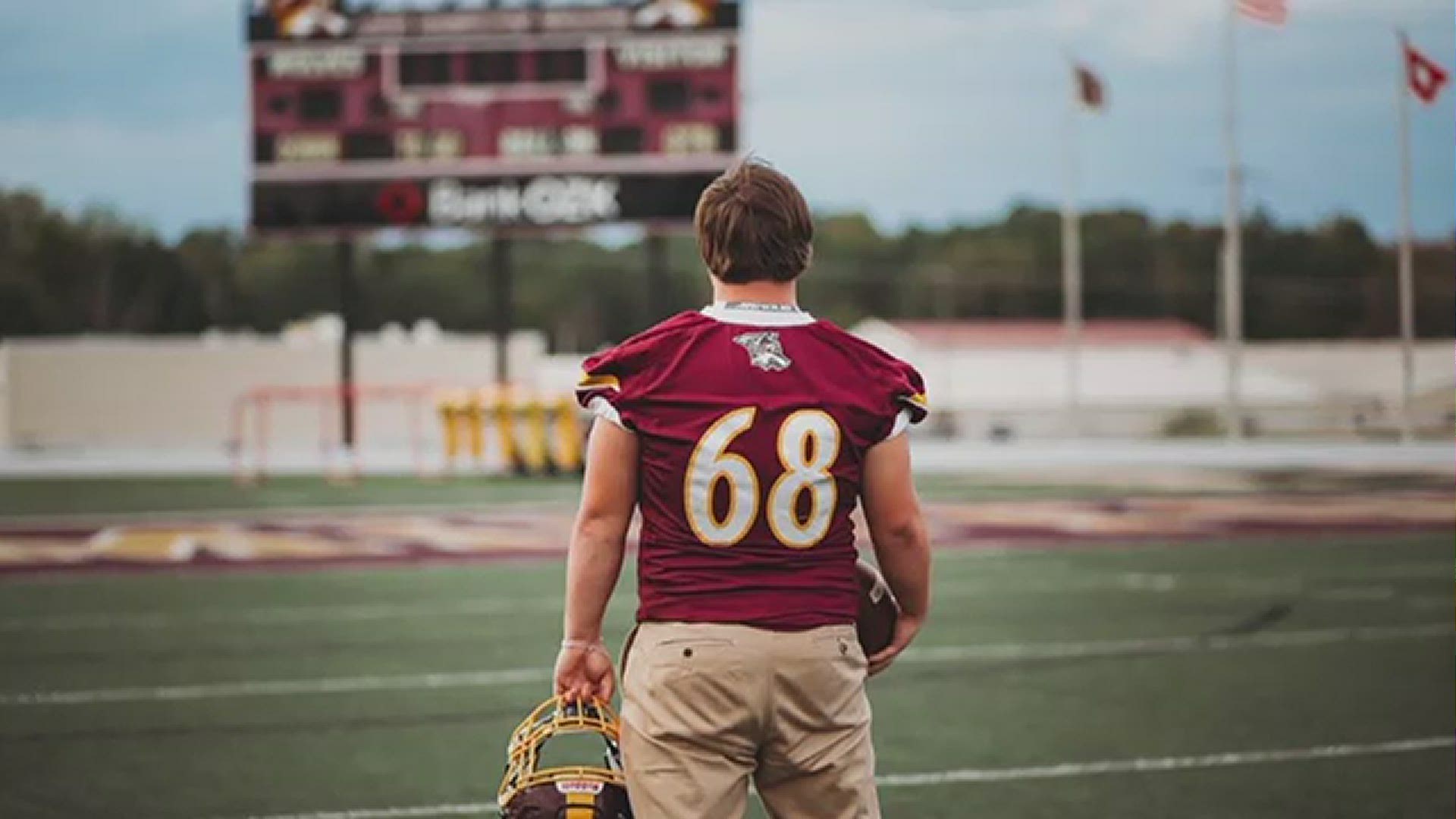 "When I was little I used to play baseball but I didn't really stick to that," he said. "I always like football, it was always my best sport that I was good at."

In the fall, he was an integral part of the offensive line that helped the Wolves make it to the second round of the playoffs for the first time since 2013.

"We hadn't been to the second round of playoffs in a few years, and we got to go. That was really cool," said Smith.

And being part of a team is what he'll miss the most.

"I loved the team," Smith said. "The teammate chemistry. That's my favorite part about it. Just have a bunch of friends and brothers that you can play the sport you love."

Marcus wanted to stay close to home for college, so he'll be going to the University of Central Arkansas, where he's planning to focus on his studies and rush a fraternity.

Inspired by his older sister, Marcus is going to follow in her footsteps and go into a career in nursing.

"My sister just graduated nursing school and she's always been kind of my idol," he said, "so I always thought I was going to pursue what she kind of wanted to do to."

Where he'll focus on becoming a certified nurse anesthetist.

"I kind of tried to venture out and see what would be pretty cool," Smith said. "I don't want to have a job that I hate, so I want to find something that I would like to do and want to go to work every day. I think putting people to sleep and stuff like that will be pretty fun."

Marcus admits that it's been tough being separated from his friends and teammates, and he has some words of encouragement for everyone as they prepare to take the next step in their lives.

"I would just wish them well," he said. "Just do want they want to do. Do what they love, chase their dreams."