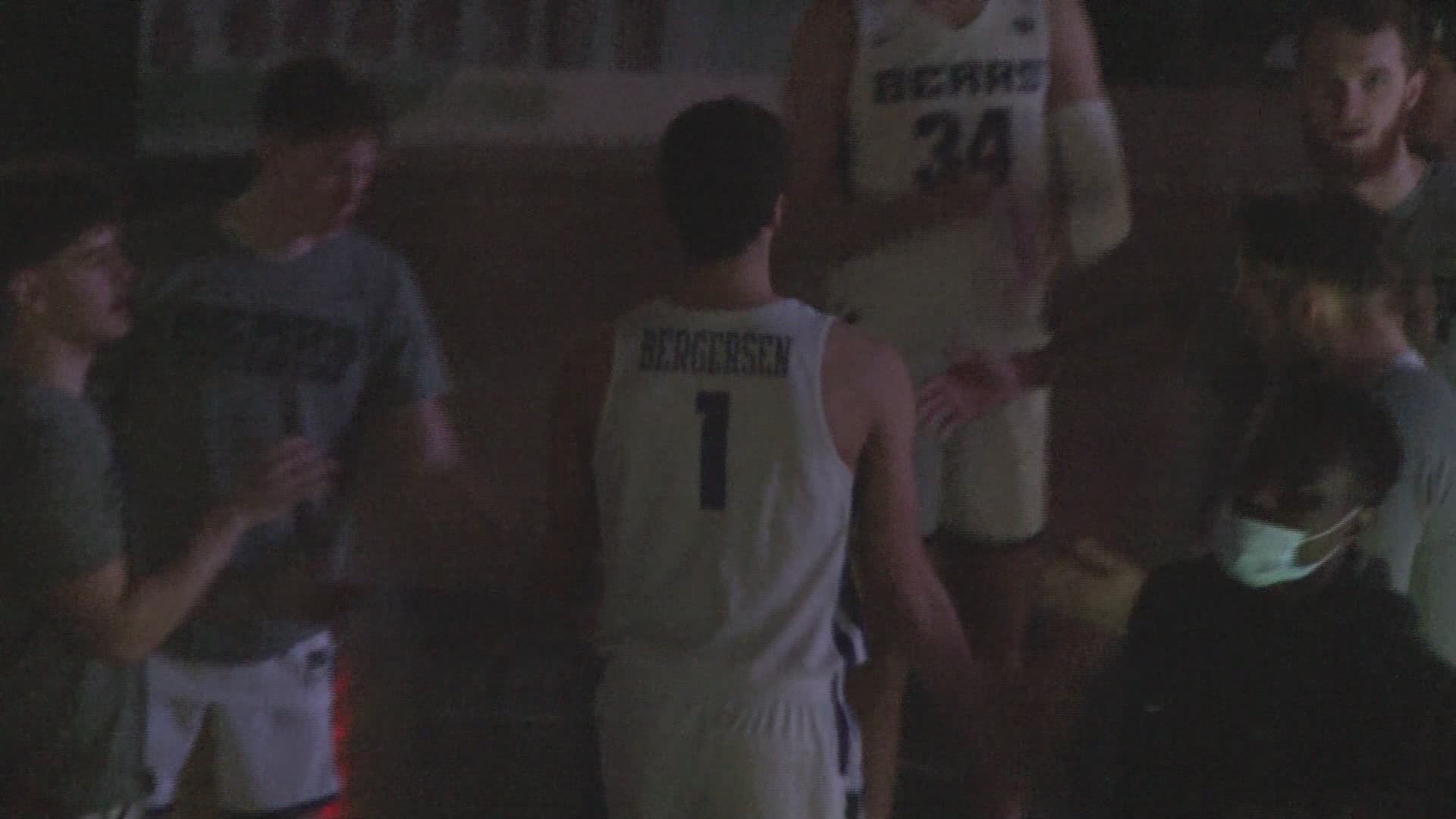 CONWAY, Ark — Down a pair of starters, the University of Central Arkansas Bears battled hard Saturday afternoon before falling 91-80 to the Sam Houston State Bearkats in Southland Conference action at the Farris Center.

Missing four-year starting point guard DeAndre Jones and transfer center Samson George due to injuries, the Bears dropped their first conference game of the season and now stand 3-8 overall and 2-1 in league play. Sam Houston, one of the deepest teams in the league _ playing 11 players _ won its sixth straight game and improved to 9-5 and 3-0.

The Bearkats, picked third in the SLC preseason poll, were deadly from three-point range, hitting 13 of 33 (39.4 percent), including eight of those in the first half. UCA led 14-10 early before the Bearkats went on a 14-0 run to take a 24-16 lead with 11:15 left in the first half. UCA answered with a 7-0 run to get back in the game but ended up trailing 51-39 at halftime after SHSU nailed a pair of threes in the final 1:45. SHSU entered the game averaging nine made threes per game and shooting 36.6 percent from beyond the arc.

“That’s what they do,’ said UCA head coach Anthony Boone. “They play hard defensively and I don’t think they put too much pressure on their guys as to what they are trying to do offensively except to go and get baskets. They’ve got a couple of guards that can fill it up, and they put it up as much as they can.’

“The guys were recognizing the mismatches we had,’ said Boone. “They’re a shorter team and we were attacking the paint a lot more, attacking the post and drawing fouls, getting to the line quite a bit in the second half. And offensively, as far as the half court goes, the guys did a great job of recognizing where we could get good looks.’

Despite that shooting percentage, the Bears went down by as much as 21 points midway through the second half before staging a nice rally, sparked by senior Jared Chatham, who finished with a double-double (19 points, 11 rebounds), his second of the season. UCA cut the margin to 10 points at the 9:00 mark and then got it to single digits with 3:25 to play on a dunk and free throw by senior Rylan Bergersen

“Jared had a great game,’said Boone. “He was getting some really good rebounds, some tough rebounds for us. A lot of ability in this young man, and I’ve certainly enjoyed watching his growth in his years here at UCA. He had a great performance this evening.’

“He is tough to deal with,’said Boone. “He can drive pretty well, he shoots pretty well in the midrange. And we can use him in the post a little bit also. He does a little bit of everything. And he’s starting to find where he can help us on the offensive end.’

“I thought we rebounded the ball very well today, and against a team that really, really assaults the glass,’ said Boone. “We did a really good job with that. I think our defense has to get a little bit better. And we have to find a way of playing a little bit faster. We may have to work on that with a couple of the guys. It kind of takes away from Rylan helping us in transition when he has to bring the ball up the floor. That puts a lot of pressure on him, to run the team and to try to score points for us.

“But we saw some good things. We didn’t feel good after this game, but there were quite a few good things that happened today.’