Three of the players are multi-year honorees 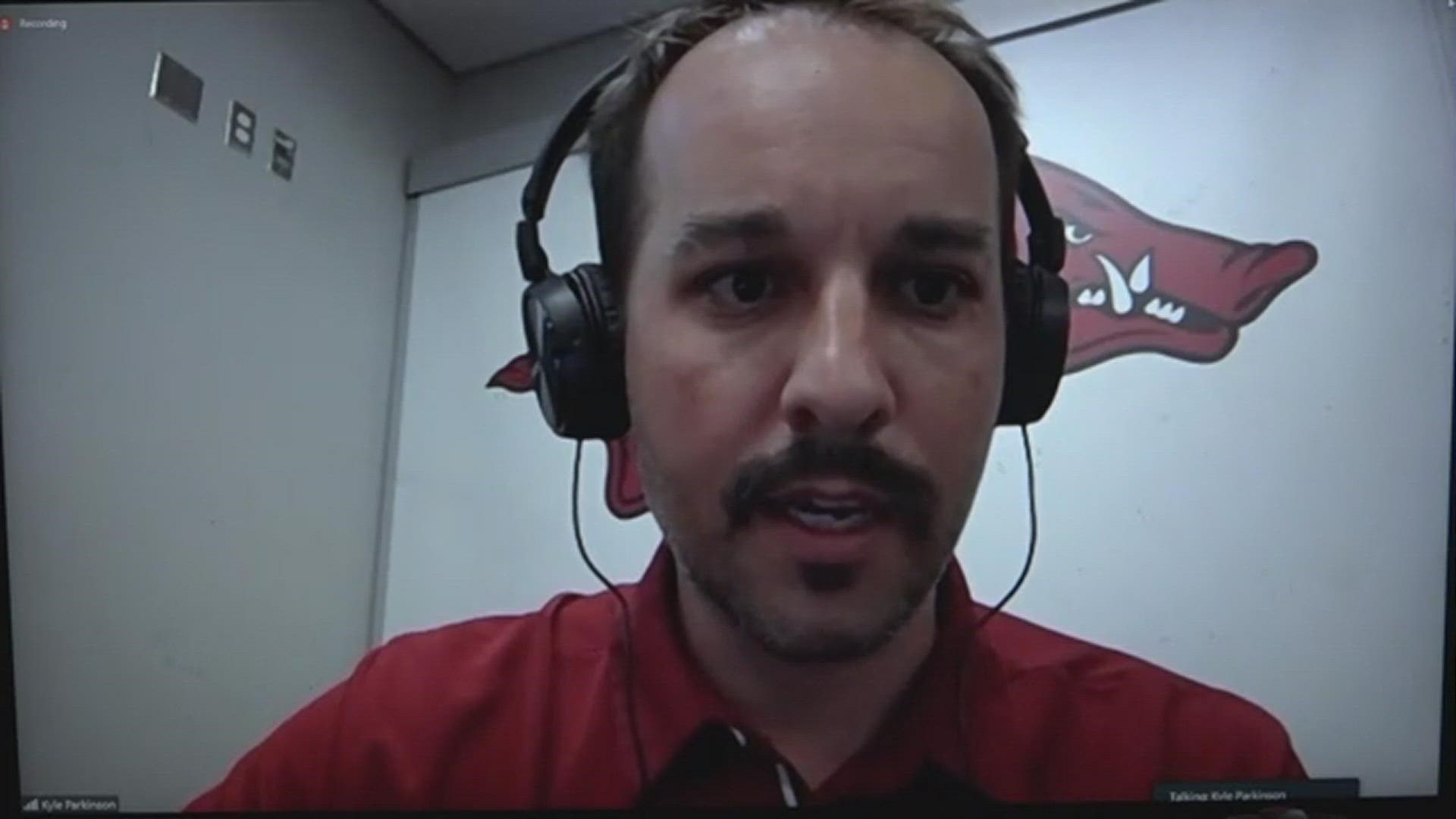 FAYETTEVILLE, Ark. — Six student-athletes from Arkansas football were named to the Phil Steele Football 2020 Preseason SEC Teams, including a pair of multi-year honorees.

Last year, Boyd, Silver and Warren were recognized on the outlet’s fourth team.

Boyd, from Houston, Texas, was the team’s leading rusher for the second consecutive season, totaling 1,133 yards on 184 carries, scoring eight times in 2019. He ranked fourth in the SEC and 27th nationally with an average of 94.4 rushing yards per game and ninth in the conference with 6.2 yards per carry. He ran for 100+ yards in five games, posting a season-high 185 yards against Western Kentucky on Nov. 9, his most rushing yards as a Razorback. His five 100+ yard performances brought him to a total of eight over two years, making him one of 16 Arkansas running backs in school history to do so. Boyd also hauled in 160 yards through the air on 19 catches in 2019.

Burks, an Arkansan from Warren, played in 11 games, starting nine as a freshman for the Razorbacks at wide receiver in 2019. He was used in every aspect of the offense – receiving, rushing, throwing, as well as a returner on special teams. Burks was the team’s main punt returner, fielding 12 punts for 130 yards, averaging 10.8 yards per return, while also taking back 10 kickoffs for 226 yards for an average of 22.6 yards per return. He hauled in 29 passes for 475 yards, leading the team in receiving yards, averaging 16.4 yards per catch and 43.2 yards per game, both second among conference freshmen. He finished the year second on the team in all-purpose yards with 866.

Clary, a hometown kid from Fayetteville, started all 12 games at center in 2019, appearing in 767 total plays, the most of any Arkansas player. He played every offensive snap in five of the first six games, as well as the season finale, missing just one snap in two other games. Clary did not allow a sack in 443 pass protection plays, with only two quarterback hits last year. He blocked for an offense that scored 28 times and racked up 4,081 total yards, including 2,315 passing yards, 1,766 rushing yards and 14 touchdowns both through the air & on the ground.

Pool, from Lucas, Texas, started all 12 games in 2019 at the WILL linebacker spot, while also seeing time on Arkansas’ various special teams units. He finished second on the team in tackles with 94, a career-high mark. He tallied 38 solo stops, 6.5 for loss, with half-a-sack, breaking up five passes and getting credit for a quarterback hurry. Pool set a career-high in TFLs with 1.5 at Kentucky (Oct. 12), while posting a career-best 13 stops vs. Mississippi State (Nov. 2). He finished the year with three tackling grades over 81.0 from Pro Football Focus, with a season-best 83.5 against Western Kentucky (Nov. 9).

Silver, a native of Branson, Missouri, played in all 12 games for the Razorbacks last season, serving as the team’s long snapper on field goal/extra point players, as well as punts. He totaled 112 snaps, according to Pro Football Focus, on special teams. He also recovered one fumble on a muffed punt against Mississippi State on Nov. 2, his first fumble recovery of his career.

Warren, from Monroe, Louisiana, appeared in nine games for the Razorbacks in 2019, seeing time as a regular on both offense and on Arkansas’ special teams units. He returned a team-high 16 kickoffs for 326 yards, averaging 20.4 yards per turn. His longest of the year came on a 37-yard return at Ole Miss on Sept. 7, coming a yard shy of it the following week against Colorado State with a 36-yard play. Warren finished the year with nine of his 16 returns going for 20+ yards. He also caught four passes for 19 yards, while also rushing five times for 51 yards, providing a threat every time he touched the ball.