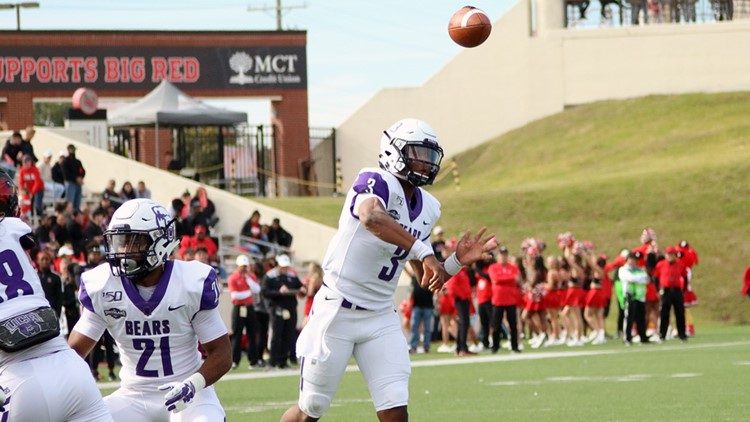 CONWAY, Ark. — University of Central Arkansas quarterback Breylin Smith was named the Southland Conference Offensive Player of the Week for the second consecutive week on Monday.

Smith, a 6-foot-3, 210-pounder from Conway, led the No. 9/10 Bears to a 45-17 victory over the Lamar Cardinals last Saturday in Beaumont, Texas. Smith was nearly flawless, completing 30 of 37 passes (81 percent) for a career-high 434 yards and four touchdowns. He tossed touchdown passes of 5, 64, 1 and 16 yards and completed passes to 10 different receivers. Smith also added a 1-yard rushing touchdown.

Smith helped the Bears to a season-high 505 yards of total offense and an average of 7.4 yards per play. The Bears won their fourth straight game to improve to 7-2 overall and 5-1 in the SLC, alone atop the standings. He was also named the player of the week after last week's 29-25 win over Sam Houston State in which he had a then-career high 405 passing yards and four touchdowns.

For the season, Smith has 2,848 passing yards and 24 touchdowns and has completed 66.6 percent of his passes. The yardage total ranks ninth in school history and the touchdown total is eighth. Smith, who broke his ankle in the fourth game last season, has passed for 3,935 yards in 21 career games.