Strong second half sparks A-State to comeback win over Omaha

After shooting just 36.7 percent in the first half, the Red Wolves flipped the switch in the second half, shooting at a 56 percent clip. 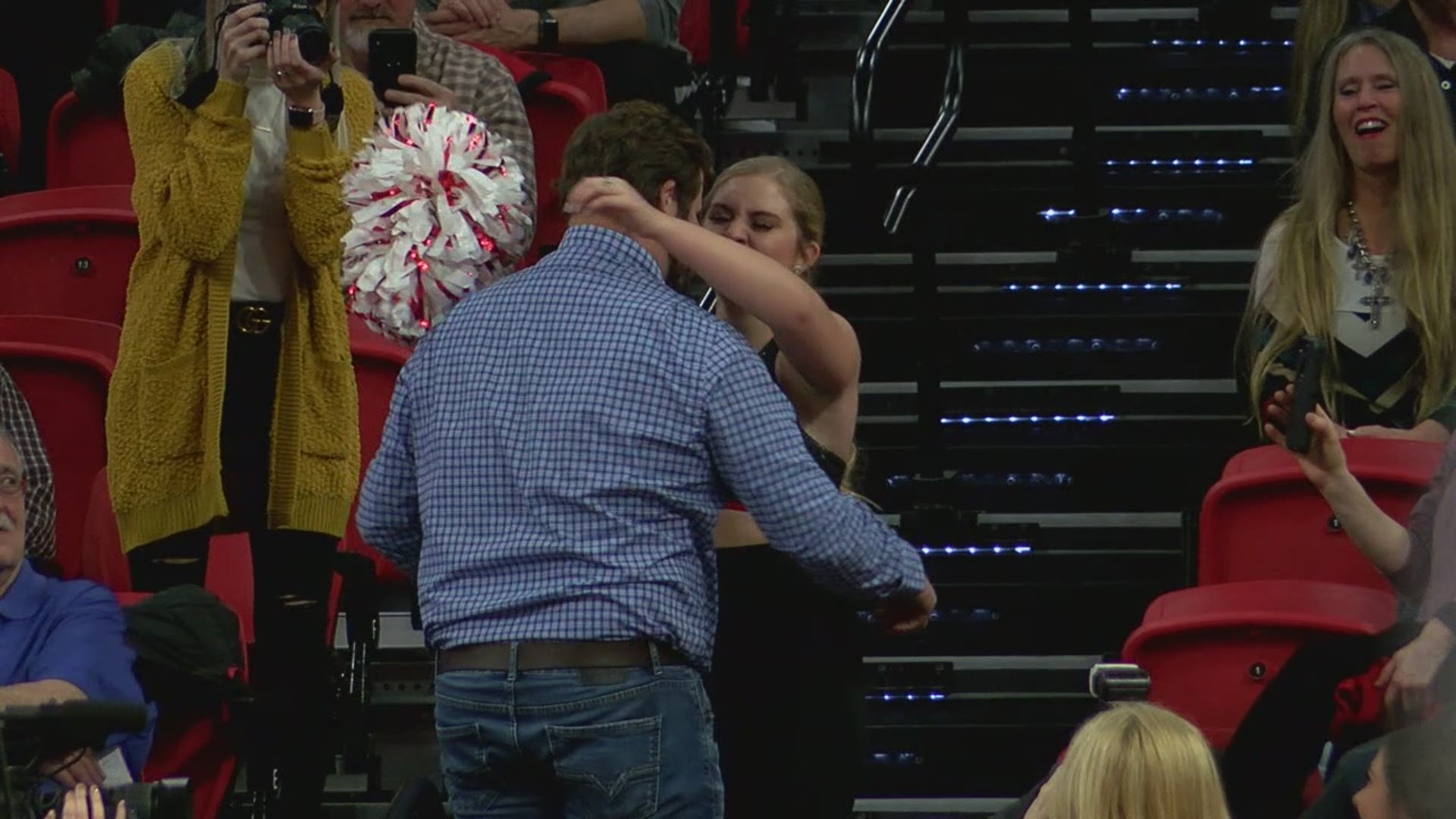 JONESBORO, Ark. — A season-high 22 points by Jerry Johnson Jr. on Tuesday night helped the Arkansas State men’s basketball team battle back from as much as a 13-point deficit en route to a 78-73 victory against Omaha at First National Bank Arena.

Johnson connected on 6-of-7 shots in 24 minutes off the bench to lead the Red Wolves (6-2), going 5-of-6 from three-point range. A-State’s work at the free-throw line was also key in the win over the Mavericks (5-5), going 22-of-26 at the charity stripe. Caleb Fields was the ringleader at the line, converting 10 of his 11 foul shots. After shooting just 36.7 percent in the first half, the Red Wolves flipped the switch in the second half, shooting at a 56 percent clip.

“Hats off to Omaha,” head coach Mike Balado said. They have some good players and it was a good win for us. I thought our guys kept their composure. We didn’t shoot the ball very well in the first half and we made some adjustments in the second half and shot 56 percent. We passed the ball well and I was very happy with our win.”

Caleb Fields factored in double-figure scoring for the fifth time this season, scoring 16 points on 3-of-7 shooting, with 10 of those points coming at the free-throw line. The freshman also handed out six assists to lead all players. Canberk Kus scored 10 points, giving him double figures in every game this season. Antwon Jackson also posted an impressive night, scoring a career-high eight points on a perfect 4-of-4 shooting while grabbing seven rebounds.

After J.J. Matthews opened up the night with a two-handed slam, the Mavericks scored 10 unanswered to claim an early lead behind a pair of threes by Gibson and Akinwole. Malik Brevard broke up the scoreless stretch with a two-handed lay-in following the under-16 media timeout.

After Matthews tipped in his own miss, a 7-0 run capped off by a three-point play by Nathan Brusseau gave the Mavericks a 27-15 lead with under five minutes to go in the half. A trey by Marlon Ruffin gave Omaha its largest lead of the half at 30-17 before Johnson drilled back-to-back threes to cut the deficit back down to seven with under two minutes. The Mavericks took a 32-25 lead into the locker room at the half.

The Mavericks opened up the second half on a 6-0 run to once again lead by 13, but the Red Wolves then showcased lockdown defense and cut the deficit down to three with a 10-0 run after Kus capped off the scoring stretch with a thunderous dunk with 15:21 left.

Johnson rattled home another from beyond the arc with 12:37 left to make it a two-point affair at 44-42. Kus then put the Red Wolves ahead for the first time since the first score of the night with a three-pointer to cap off an 8-0 run that made it 45-44 with 10:40 to go. An 18-footer by Robinson put Omaha back in the driver’s seat with 10 minutes left on the clock at 46-45.

A-State would continue that 15-4 run to lead 52-46 with eight minutes left after a three-point play by Fields. The Mavericks responded with one of their own by Thornhill, but the Red Wolves would stretch their lead out to as much as 10 after Johnson knocked down three free throws followed by a bucket off the glass by Brevard.

Free throws by Gibson and Robinson cut A-State’s lead down to four with just two minutes left, but Johnson once again responded from downtown, knocking down his fifth from deep with 1:33 remaining. However, a three-point play by Robison negated the trey.

After Robinson knocked down a three to make it a three-point game with 61 seconds left, Field converted a pair of free throws to once again make it a five-point game. Having been in the double-bonus since nearly seven minutes left, Fields was again good on his trip to the charity stripe. Fields and Marquis Eaton were key in the game’s waning moments, hitting on their free-throw attempts to keep it a two-score contest until the buzzer sounded with A-State holding off Omaha for another come-from-behind victory.

The Red Wolves return to action Saturday, Dec. 7, traveling to Tulsa. Tip-off against the Golden Hurricane is slated for 2 p.m. CT from the Donald W. Reynolds Center. Action will be streamed live on ESPN3 while the radio broadcast can be heard on 107.9 KFIN.