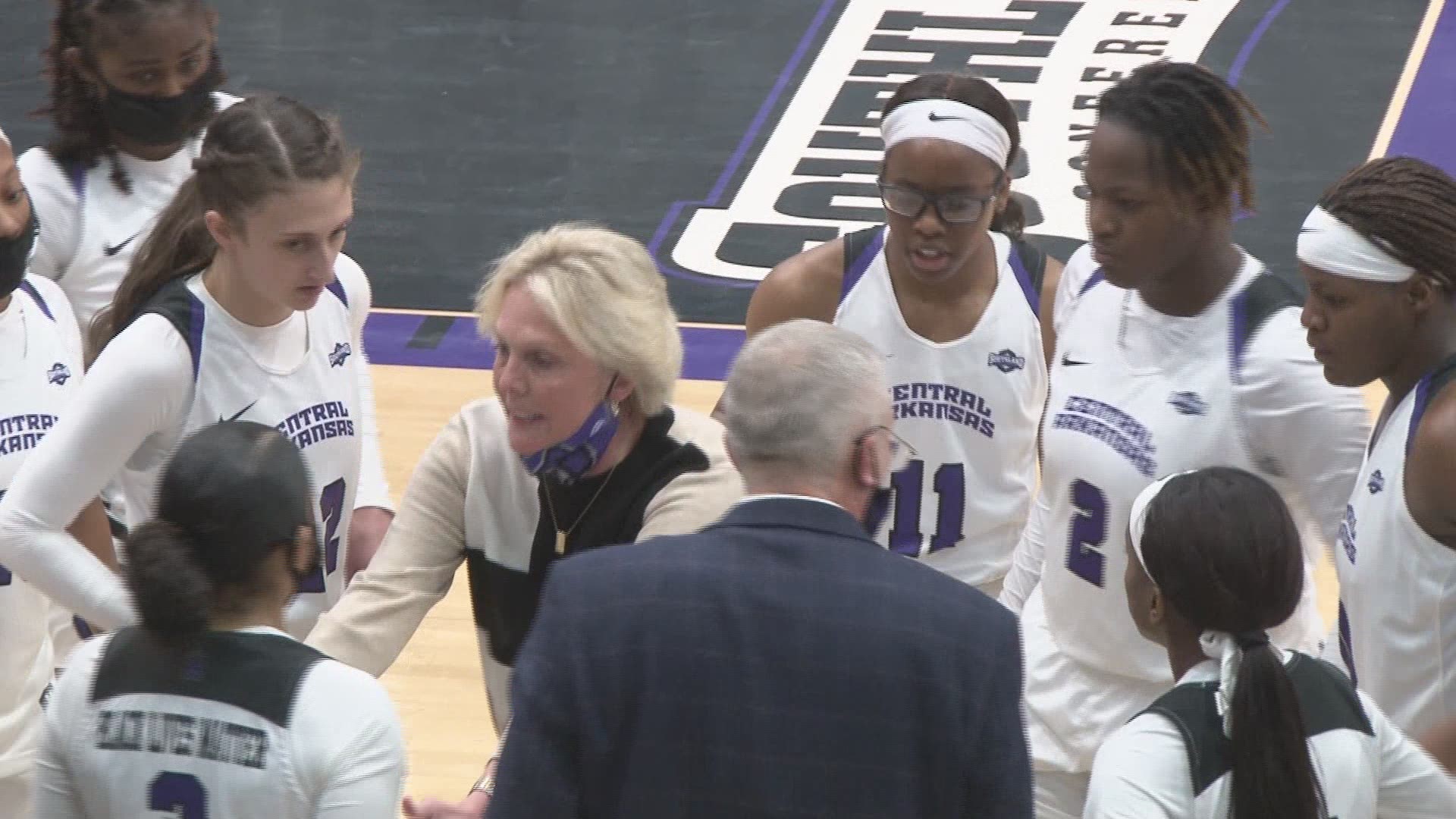 UCA jumped out to an early 4-0 lead after Savanna Walker hit two free throws and Tori Lasker added a fast-break layup. The Bearkats scored the next six points on two 3-poiners and took a 6-4 lead with 5:29 left in the first quarter. The Sugar Bears regained the lead as Briana Trigg converted an and-1 play with just over 4:00 left in the stanza. Sam Houston scored the game’s next five points, but Central Arkansas was unfazed and finished the quarter on a 4-0 run, to make the score 11-11.

UCA continued its run from the end of the first quarter with a 4-0 run to start the second. After the game was tied at 20-20 with 3:27 left in the half, the Bearkats made three free throws to take a slim 23-20 advantage. After she drove into the lane, Lasker found Hannah Langhi with a perfectly placed no-look pass. Langhi made the wide-open jumper to give UCA a slight 24-23 lead with 1:53 left in the second quarter. Lasker drained a jumper with 32 seconds left before the break and put the Sugar Bears back on top, 26-25. Faith Cook hit a 3-pointer just before the buzzer sounded for the half and gave Sam Houston a 28-26 lead.

Walker paced the Sugar Bears with a team-high 16 points, which is a new season high. Lasker finished with a career-high 13 points and added a game-high five assists. Langhi added a season-high 10 points, led UCA with seven rebounds, and produced a game-high two blocks.

The Sugar Bears remain at home for another SLC matchup with Stephen F. Austin. The game is scheduled for a 7 p.m. tip on Wednesday, Jan. 13.

“I thought we fought hard. I thought we made some crucial mistakes mentally down the stretch. We needed to hit a 3-pointer. I felt we could have had an inside presence. The way we played today is the way we’re going to continue to play. We’re going to play fast and have an opportunity to win games moving forward. I liked our fight, but I’m tired of average being just good enough. When you have five seniors, you look for the seniors to step up. I’m not throwing in the towel. We just have to listen. We looked good for about 28 minutes. We started to get out of how we wanted to defend them. We have to learn to stay focused for 40 minutes.”