Ralph King hasn't played football for Cabot for more than 60 years, but the love he has for his alma mater hasn't changed a bit. 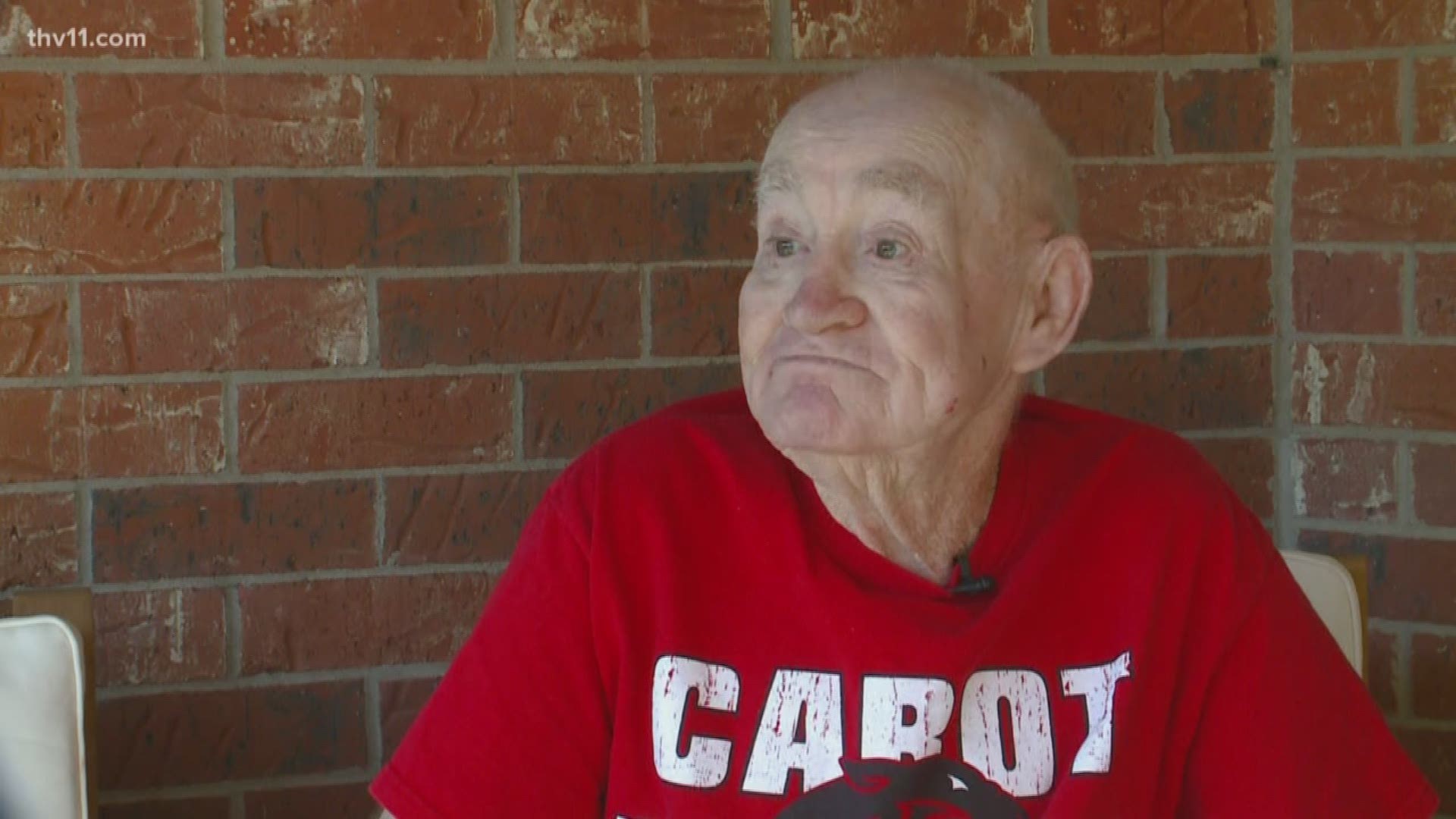 "I'm a sports nut," King said. "I'm a TV-watcher. I don't do nothing else but sit around down here. I don't got nothing else to do."

King spends his days at the Des Arc Nursing and Rehabilitation Center socializing, playing dominoes, and talking about his favorite topic -- the Cabot Panthers.

"I read everything," said King. "If something comes up about Cabot on the TV, I’ll watch it.”

“I’m proud to say I’m from Cabot. And I like to brag on the football team," he said. “Every place I go, I mention it. About Cabot. Cabot this and Cabot that.”

King is a proud graduate of Cabot High School, class of 1955. He played two seasons as quarterback for the Panthers before suffering a broken leg.

"I wasn't on the main team. I wasn't very good and I didn't weigh more than 126 pounds," King laughed. "But we had a good team in 1955. We tied for the championship with Catholic High."

It's been more than 60 years since King took the field for the Panthers, but he's kept up with the team by listening to their games on the radio every Friday night.

“I just listen to the play-by-play," said King. "I just realized that most of the time, I’ve got my eyes shut and just try and realize what’s going on.”

King remembers playing against Bill Reed when Reed was at Lonoke High School. And he's got some thoughts on his son, Scott, as the new head coach of the Panthers.

Coach Reed and his team have already won over Ralph King, making the trip out to Des Arc to see him in early October. To let him know that all these years later, he's still part of the Panther family.

“I had some of the football team come and see me the other day," King said, showing off a picture of himself alongside three of the current players. “They brought me shirts, a picture, a program. And I’ll keep them forever.”

RELATED: This blue-collar Arkansas town is in its 100th year of high school football