It's the start of the football season in Fordyce, Arkansas. And the excitement isn't just in the air, it's painted all over town. 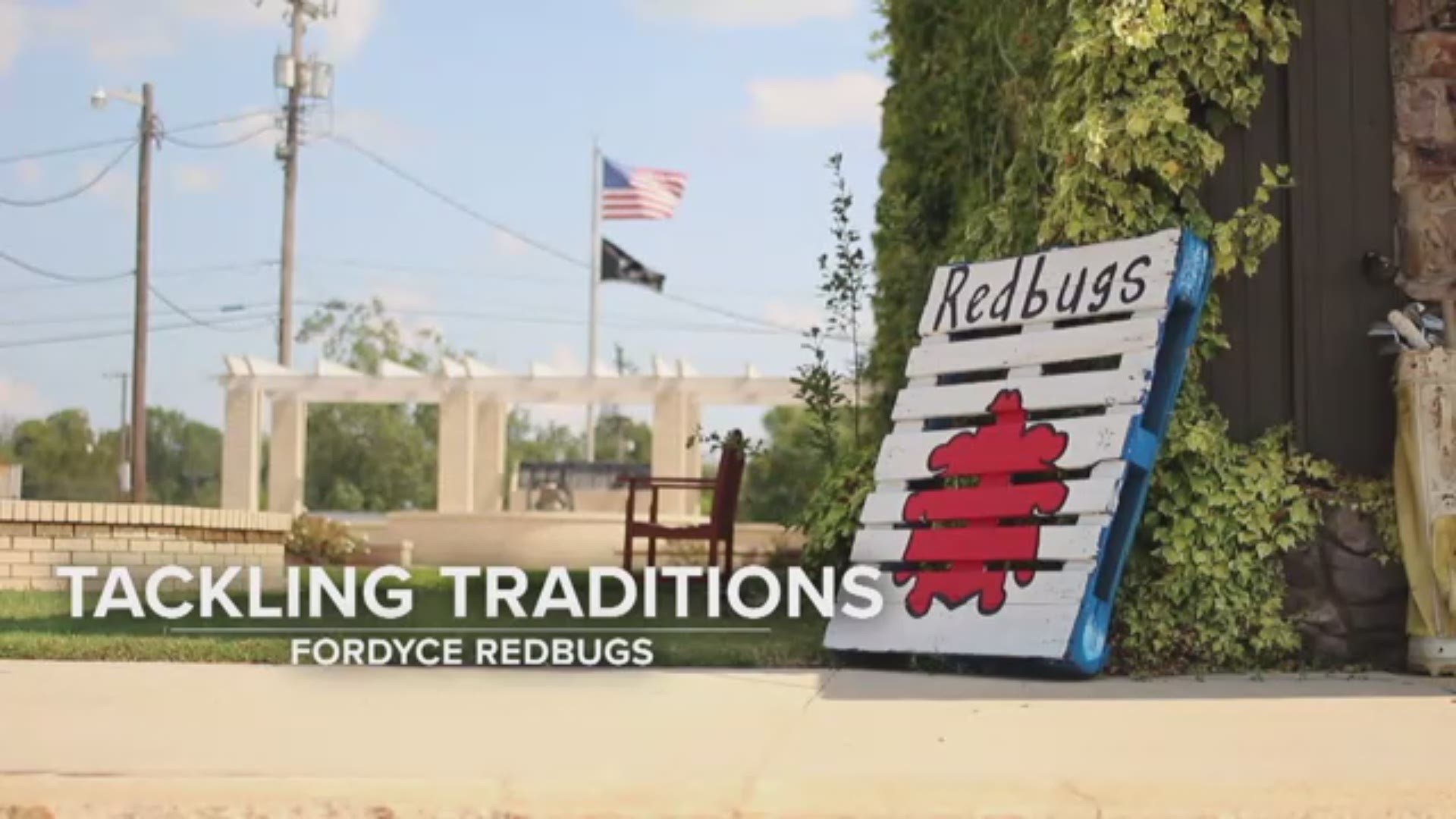 FORDYCE, Ark. — It's the start of the football season in Fordyce, Arkansas. And the excitement isn't just in the air, it's painted all over town.

You can't go five feet down Main Street without seeing a window, a banner or a sign supporting the Redbugs.

"The town has really gotten behind them this year," said head football coach, Tim Rodgers. "We hope that can just go out there and keep the town happy."

The Redbugs have been playing football in Fordyce for over a century.

"The program started in 1904," said McCollum. "I mean, there's some really, really big names and people that have touched hundreds and hundreds of lives."

They start them young in Fordyce. And each new generation grows up knowing that one day they'll be a Redbug too.

"At five and six years old, we were at the games running around just watching the older players and older people at the games," said Kevin Williams, who played for the Redbugs in 1996 and 1997 before going on to play at Oklahoma State, and in the NFL for the Minnesota Vikings, Seattle Seahawks and New Orleans Saints. Of growing up in Fordyce he adds, "it's just kind of something you absorb."

Bear Bryant, Jimmy Parker and Larry Lacewell. Just a few of the famous names that have come through Fordyce.

A reminder of where the program has been and the standard it strives to live up to.

"What I remember most about that is you'd see kindergartners, first, second, third graders and then somebody holding their little kid that's barely able to stand," he said. "They're holding them, pointing like, 'look, he's a Redbug this year, he finally got to move up!'

"Just seeing that atmosphere," he continued, "even though it's high school football and there's a thousand things that life is going to throw at you after that, but during that time period in your life, that was a huge defining moment that you got to see. That you were a part of, and it was awesome."

Win or lose, there's no other team like the Redbugs.

"We are the only team in the United States of America that are the Redbugs," said Rodgers.  "There's nobody else. So when you're a Fordyce Redbug, you're something that no one else can be."