Jacksonville, Ark. (THV11) -- "You just remember the intensity in their voices when they talked to one another," said Barry Hickingbotham. "They'd talk about what was going on, how kids were playing, who was playing hard and how hard they worked. I remember those days." 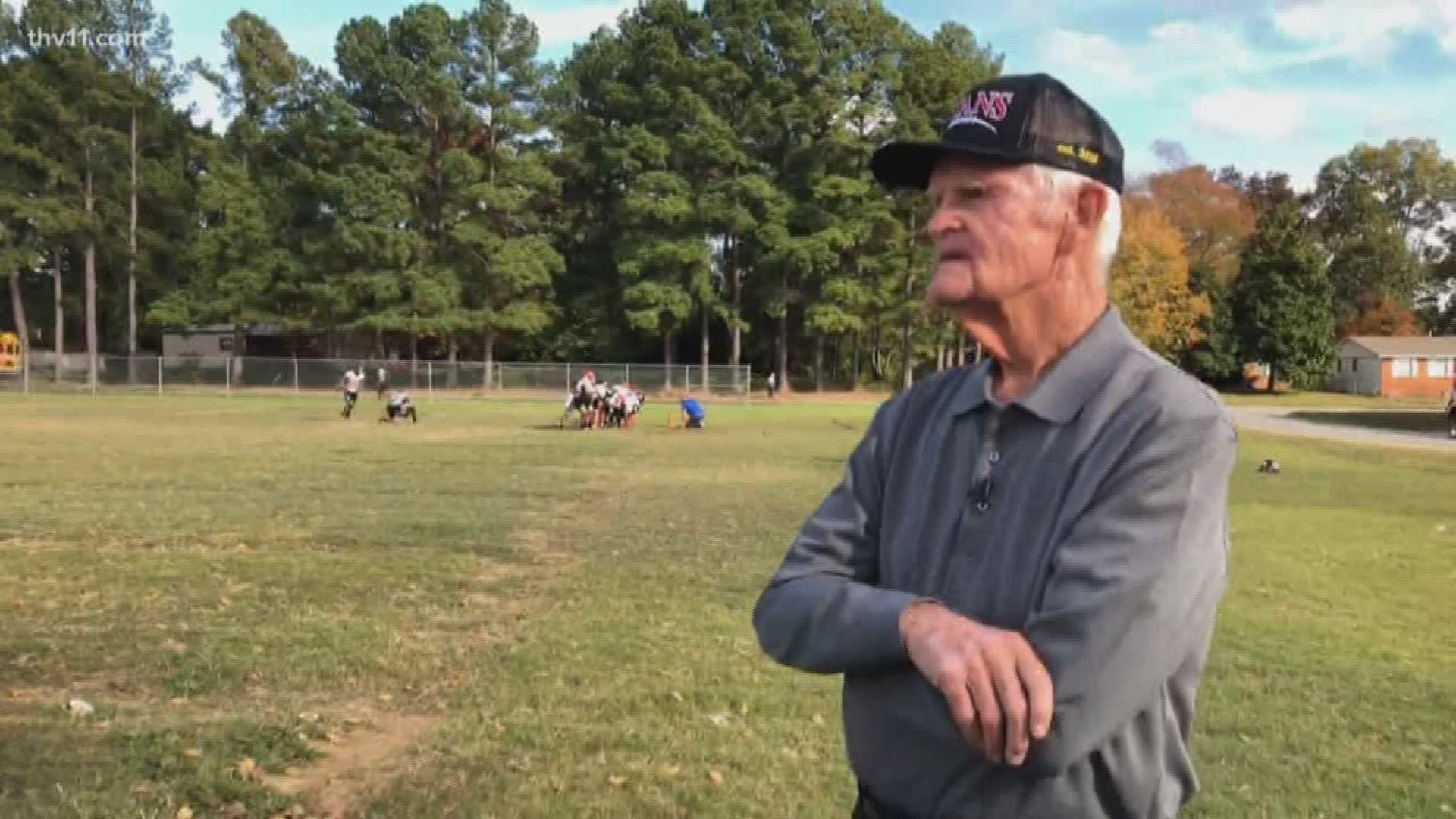 Tackling Traditions: Jacksonville Titans — Jacksonville, Ark. (THV11) -- "You just remember the intensity in their voices when they talked to one another," said Barry Hickingbotham. "They'd talk about what was going on, how kids were playing, who was playing hard and how hard they worked. I remember those days."

They're some of the earliest memories that the Jacksonville High School head football coach has. Days as a child spent with legendary Arkansas football coach, Bill Reed and his staff, alongside his father, Bob.

"My dad was just a hard work blue collar," said Hickingbotham. "I remember whenever we would practice, we'd practice until we'd got it right."

So it was no surprise that when Hickingbotham was tasked with rebuilding the Titans program, he turned to a man who had been there before.

"We always stayed involved in the program. Been in it from grassroots," said Hickingbotham. "We saw the hard work that went in and the sacrifices that were made."

It's not hyperbole to call his father, Bob Hickingbotham, a local legend. He was the Titans baseball coach in the 1960s, and has spent the last five decades as the American Legion coach in Jacksonville.

Said Hickingbotham, "When I started remembering, he was just getting out. Coached American Legion team in the summer, but he would sit and talk with Coach Reed whenever he asked him to."

"Unless he's sick or he's out in CA visiting his brother, he's usually here," said Barry.

Bob acknowledges that despite the years, his passion for coaching has never died. "This is my hobby," he said. "I don't golf, I don't fish, I don't hunt. I come out here when they practice and try to watch them play on Friday nights."

On a clear Tuesday afternoon in October, Bob is out on the field. True to his routine, he stays on the sideline, saying little but seeing everything.

"He doesn't say anything on the field, but when I go see him after he'll always tell me what we're doing wrong and who needs to work harder and why are you doing that?" said Hickingbotham. "It's kind of like after a Friday night football game, "why did you do that? you did it in practice the other day?"

"I have trouble sometimes trying to keep my mouth shut," Bob admits.

But both understand that it comes from a place of love.

"The last couple of seasons have been pretty tough on him," said Bob. "That's kind of why I hang around out here, kind of encourage him."

Pride, work ethic and a sense of community. Those are all the intangibles of coaching that have been passed down from father to son.

"Wins, losses it's not measured on that," said Barry. "I just hope I have the same impact. If I can just, I guess, half, if I can just reach half the young people he's reached in his coaching career, I'd say job well done."