Annya Grom broke four Little Rock program records in 2021. But the Trojans sophomore had to fight for her success every step of the way, including for her country. 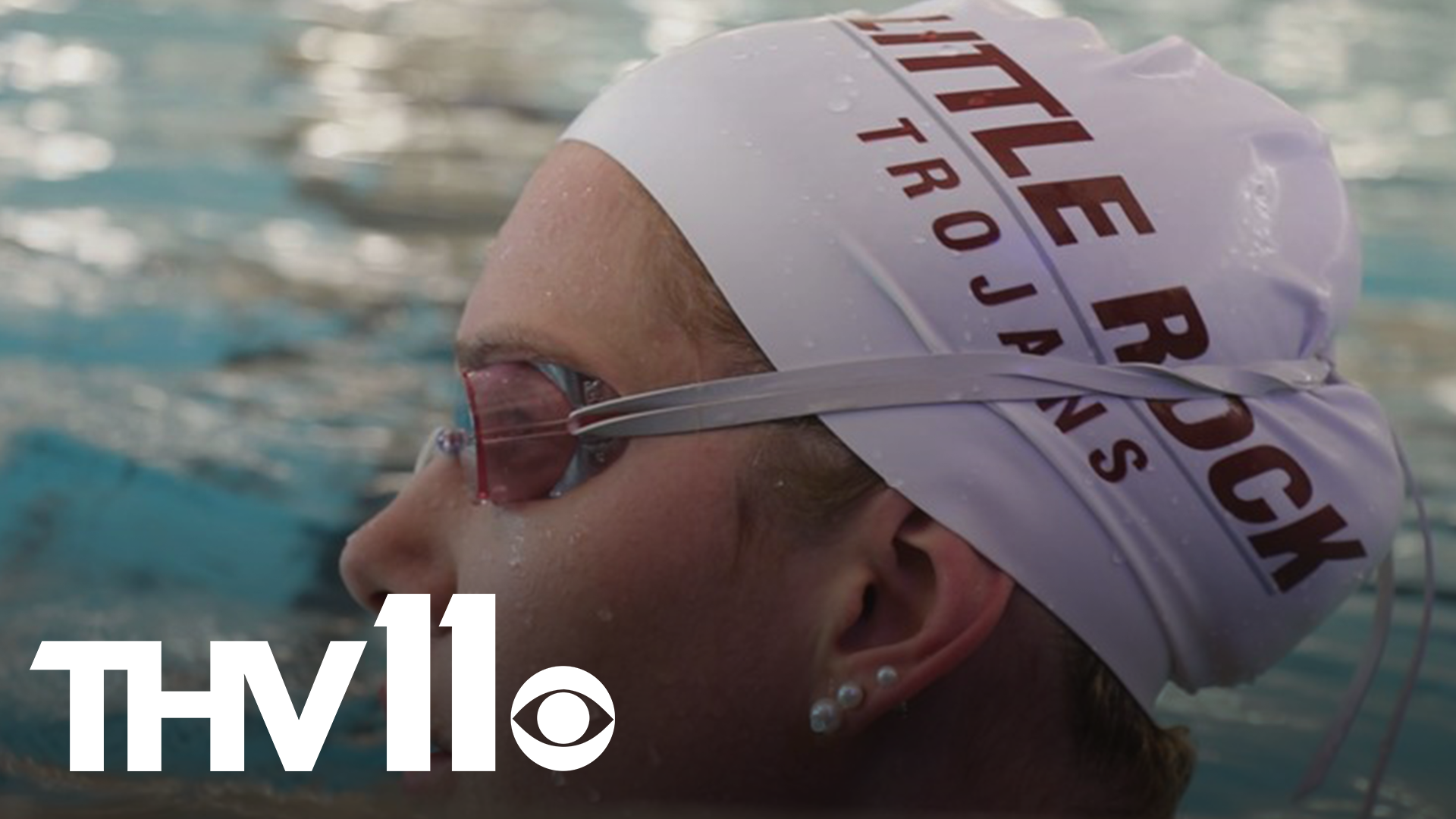 LITTLE ROCK, Arkansas — For Annya Grom, every stroke is a reminder.

Of what she wants, and how hard she's had to fight to get here.

These days, Grom is fighting to touch the wall first. But, less than two years ago, the Little Rock sophomore was training to fight in the Israeli Army.

Military service is mandatory for Israeli citizens, but there are exceptions, including some for athletes.

"You need to be one of the best, a super elite swimmer," Grom said of the titles given to the top two male and female swimmers in the country, "and I couldn't get that."

But Grom wasn't far behind. In her age group, the two-time national champion in the 50m butterfly, was number five.

Instead of spending her time swimming, Grom spent the next two years in the Israel Defense Forces.

"If you say no in the military, basically you go to jail – military jail," she said. "When I got into the army, I spent the first two weeks in jail just for swimming."

Grom was a supportive combat soldier, trading her athletic training for basic training. But, she never gave up on her dreams of swimming.

"All the time," she said when asked about how often she thought of being able to swim. "Every step of the way, it's like, 'okay, I got to here. I did all of it just to swim, so why not take another step?"

After she completed her required time in the military, the next step was finding a collegiate program and that brought Grom to Little Rock. But after almost two years out of the pool, she had to fight to improve her times.

"I didn't have a pool over there," said Grom, who was only able to swim once a week if she was lucky. "It was more lifting weights. If I had a half hour or hour break, or like if it’s lunch and I have a little bit more extra time, I’d always have a key for the fitness room so I’d sneak in."

"I remember myself touching the wall," she said, "looking at the results, and I'm like, 'no, that’s not me, someone else is swimming.'"

"That was a big relief," Grom said with a smile, "a relief of like 20 years. That you realized maybe I did something right."