Things every guest at an Arkansas football game should know to help enhance their gameday experience this season. 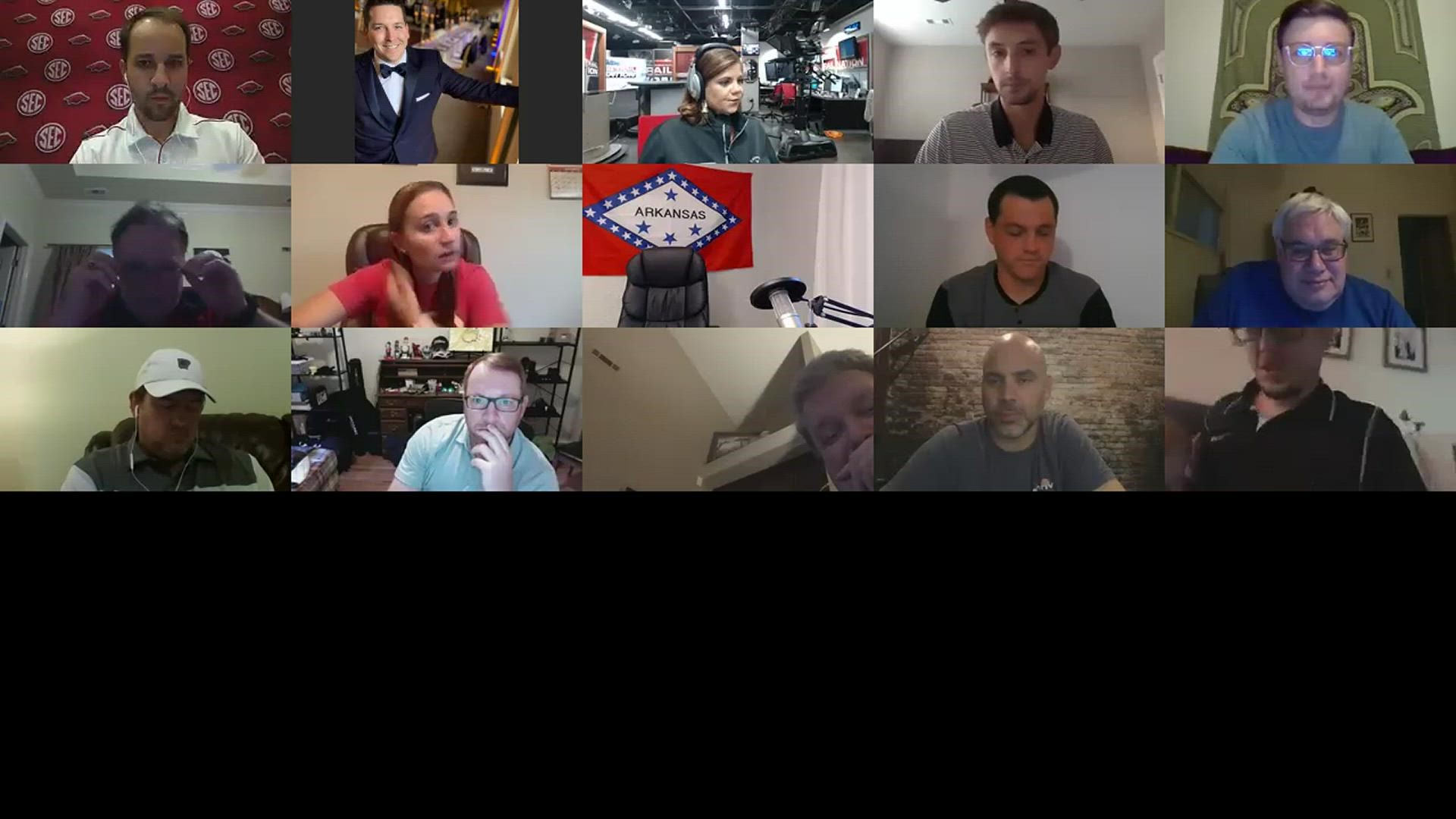 As Razorback fans prepare to head to Donald W. Reynolds Razorback Stadium for the 2020 football season, here are some things every guest at an Arkansas football game should know to help enhance their gameday experience this season.

Due to the ongoing pandemic and in consultation with the Arkansas Department of Health and the Southeastern Conference, the University of Arkansas has instituted a number of protocols in an effort to help fans have a safe and enjoyable game day experience. For the latest information visit the fan gameday information page on ArkansasRazorbacks.com.

● Per Arkansas Department of Health guidelines, Donald W. Reynolds Razorback Stadium will feature reduced capacity based upon current state Phase II social distancing standards. Capacity of the stadium is anticipated to be between 16,000-17,000.

● All guests will be required to wear face coverings (over the nose and mouth) from the time they get in line to enter the stadium until the time of exiting. Masks may be removed temporarily while actively eating or drinking. Children under 10 years of age are not required to wear a face covering, but the ADH strongly encourages it.

● Lines will be queued at all gates, restrooms, concession stands and merchandise locations, following social distance guidelines with 6-feet distancing markers placed throughout the venue and strictly enforced.

● Contactless transactions will be introduced for concessions and merchandise purchases.

● Handwashing/Hand sanitizing stations will be added throughout facilities to supplement restroom use.

● Extensive cleaning and sanitation efforts including deep cleaning prior to games and disinfecting of high frequency touchpoints throughout the event.

● Mobile-only ticketing will provide contactless experience at gates and in the stands. Fans should download their mobile tickets prior to arriving at the stadium. Guests will self-scan tickets at the gates.

● The SEC clear bag policy remains in effect for the 2020 football season.

● Tailgating: Tailgating is an extremely important aspect of the college football gameday experience. However, based upon direction from the ADH, tailgating will not be permitted on University of Arkansas property this fall. This is inclusive of parking lots and tented areas such as Victory Village and The Gardens.

● ADA Parking and Shuttle: Fans with a valid Arkansas ADA parking permit may park in Lot 56 and access the shuttle operating from that location.

● Gates Open: General seating gates to Donald W Reynolds Razorback Stadium will open beginning 90 minutes before kickoff this season. Due to limited stadium capacity and the lack of tailgating, gates will open 30 minutes later than in previous seasons.

● Gate Entry: To speed entry and to help maintain social distancing in the stadium, it is recommended that fans enter the stadium through the gate designated on their digital ticket.

● Elevator Usage: Based on limited capacity requirements for elevators, it is encouraged that fans, other than those that need to use elevators for health reasons, use the stairwells or ramps which correspond with the gate noted on the ticket.

A number of traditional game day experiences will be significantly changed or postponed for this season to provide the safest environment. However, several new virtual initiatives have been launched to help Razorback fans stay connected.

● Fan Cutouts: Fans can make sure they have a seat for every football, soccer and volleyball home game this season by purchasing a personalized cutout. The price of a cutout for football is $50 and proceeds will benefit more than 465 Razorback student-athletes. Cutouts for volleyball and soccer are available for $40.

● Virtual Hog Calls: Fans can submit videos of themselves doing the Hog Call to be featured as part of the gameday experience at Donald W. Reynolds Razorback Stadium.

● Bowl Alley: The new and improved Bowl Alley has opened in the north end concourse on the mezzanine level. The graphic display recaps the University of Arkansas’ rich bowl tradition by recapping the Razorbacks’ 42 bowl game appearances.

● Gameday Treats: A variety of gameday treats will once again be available for Razorback fans in the 2020 season. Steak & Shake is new to the stadium and will join Dickeys Barbecue, Gusanos Pizza and Slim Chickens as some of the local favorites available on site. Shakes Custard has been added to the Timberland Market and the new North End Zone Grab-and-Go. Traditional gameday food and beverages will also be available at various concessions and other independent stands throughout the stadium. Mobile ordering will also be available for some locations.

● Virtual Razorback Gameday Experience: Razorback fans not able to attend games in-person this season can still get involved on gameday. Several new virtual experiences will be offered including access to behind the scenes footage from Donald W. Reynolds Razorback Stadium.

● Hog Town: The pregame fan fest/street festival that debuted last season on Maple Street will be put on hold for the 2020 season.

● Hog Walk: The tradition of lining the ropes of Lot 44 (The Pit) to welcome and high-five the team as they enter the stadium will be put on pause for this season.

● Running Through the A: The field must be cleared of activity prior to the team coming out of the locker room, so their ‘running through the A’ formed by the band on the field will be postponed for the upcoming season.

● Band: Consistent with SEC protocols, The Best in Sight & Sound will not perform live on the field pregame or during halftime. There will be a limited pep band that will perform during the game from their seats near the student section.

● Spirit Squads: While cheerleaders, the pom squad and mascots will be in attendance and visible in some capacity, they will not be allowed to be on the sidelines during the game and their direct interactions with fans will be eliminated, due to social distancing precautions.

● Tusk: Tusk will make an appearance on Friday evenings and a pregame appearance on Saturdays in the Tusk trailer around the stadium, but will not be in attendance for games. SEC guidelines prohibit live mascots from being on the field this season.

● Hog Heaven: Hog Heaven will have three locations on gameday: A mobile store on Razorback Road, the permanent store in the North End Zone and a gameday location on the South concourse.