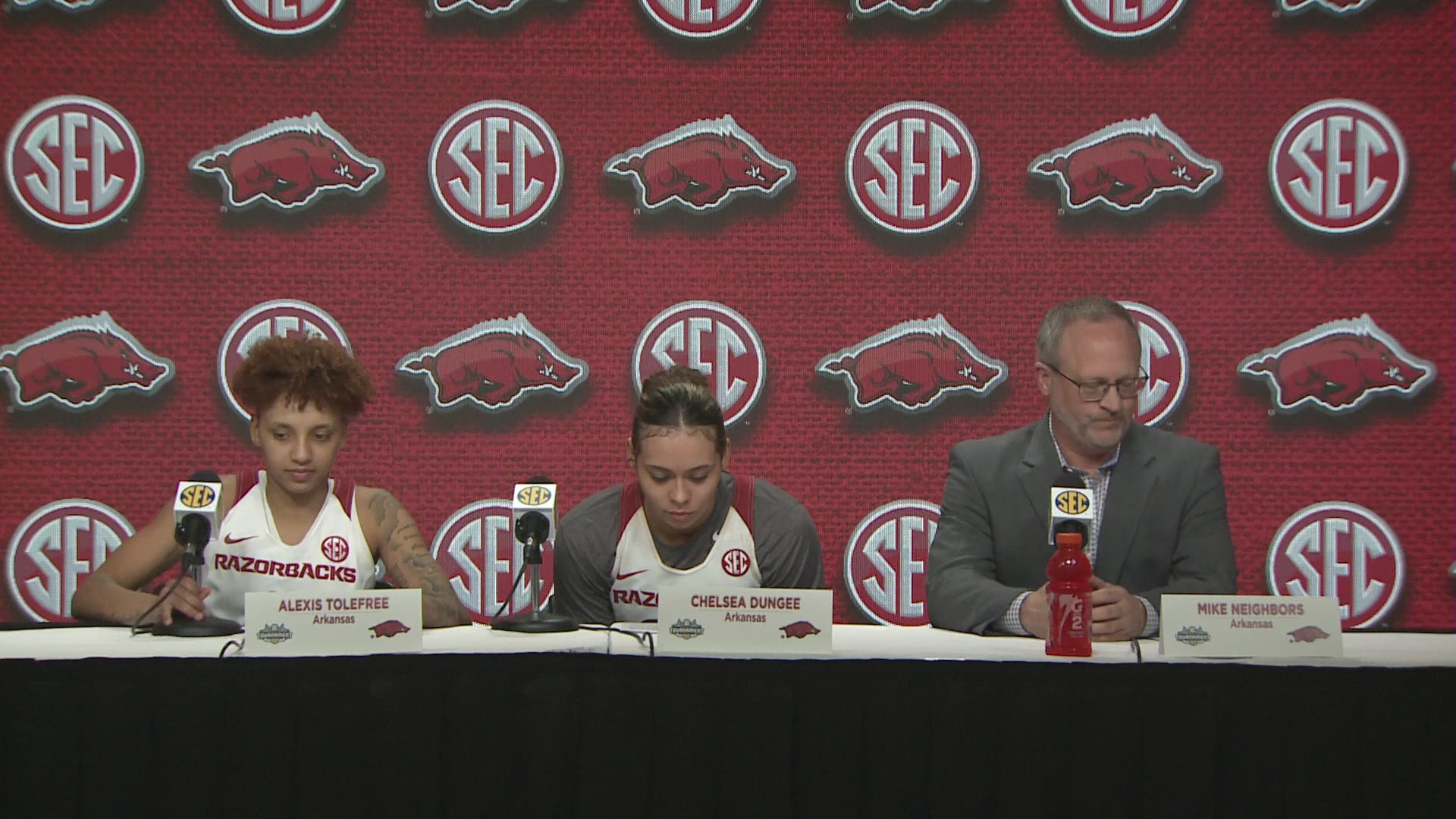 Former Razorback Alexis Tolefree is headed overseas to play professional basketball, as she signed with KBF Prishtina. The club, located in Pristina, Kosovo, competes in the IP Superliga e Basketbollit, Balkan International Basketball League (BIBL) and the FIBA Europe Cup. They are the most successful club in Kosovo, having won 14 national championships, 14 national cups and 6 supercups in the last 14 years.

Tolefree’s breakout senior season, which propelled her into the professional ranks, was nothing short of spectacular. The Conway, Arkansas, product averaged career-highs across the board, pouring in 16.3 points, 4.3 rebounds, 2.0 assists and 1.6 steals per game, all while shooting 42.3 percent from the field and 40.4 percent from three. Tolefree was even better in conference play, averaging 18.6 points, 4.9 rebounds, 1.9 assists and 1.8 steals per game, shooting the ball at a 41.6 percent clip from the field and at a 38.9 percent clip from deep. Tolefree led the team in scoring and in steals in SEC play, and her scoring average in conference only games was the third best mark in the league.

The former Hog seemed to always be at her best when it mattered most, as she had several huge second half performances in games the Hogs would end up winning. Most notably, Tolefree dropped a career-high 35 at Missouri, 23 of which came in the second half in Arkansas’ epic 13-point comeback. She also scored 30 against then-No. 15 Kentucky, including 25 in the second half, in a game in which the Razorbacks would set a program record for most points scored against an SEC opponent. Tolefree scored in double figures in 25 of Arkansas’ 32 games, scored 20+ 12 times, and dropped 30 or more four times, the most on the team. Three of her 30+ came during conference play, while she also had 30 against Auburn in the first round of the SEC Tournament.

For her efforts, Tolefree was named First-Team All-SEC while also being tabbed as a WBCA Region All-American Finalist.