It's estimated that the items together cost about $10,000. 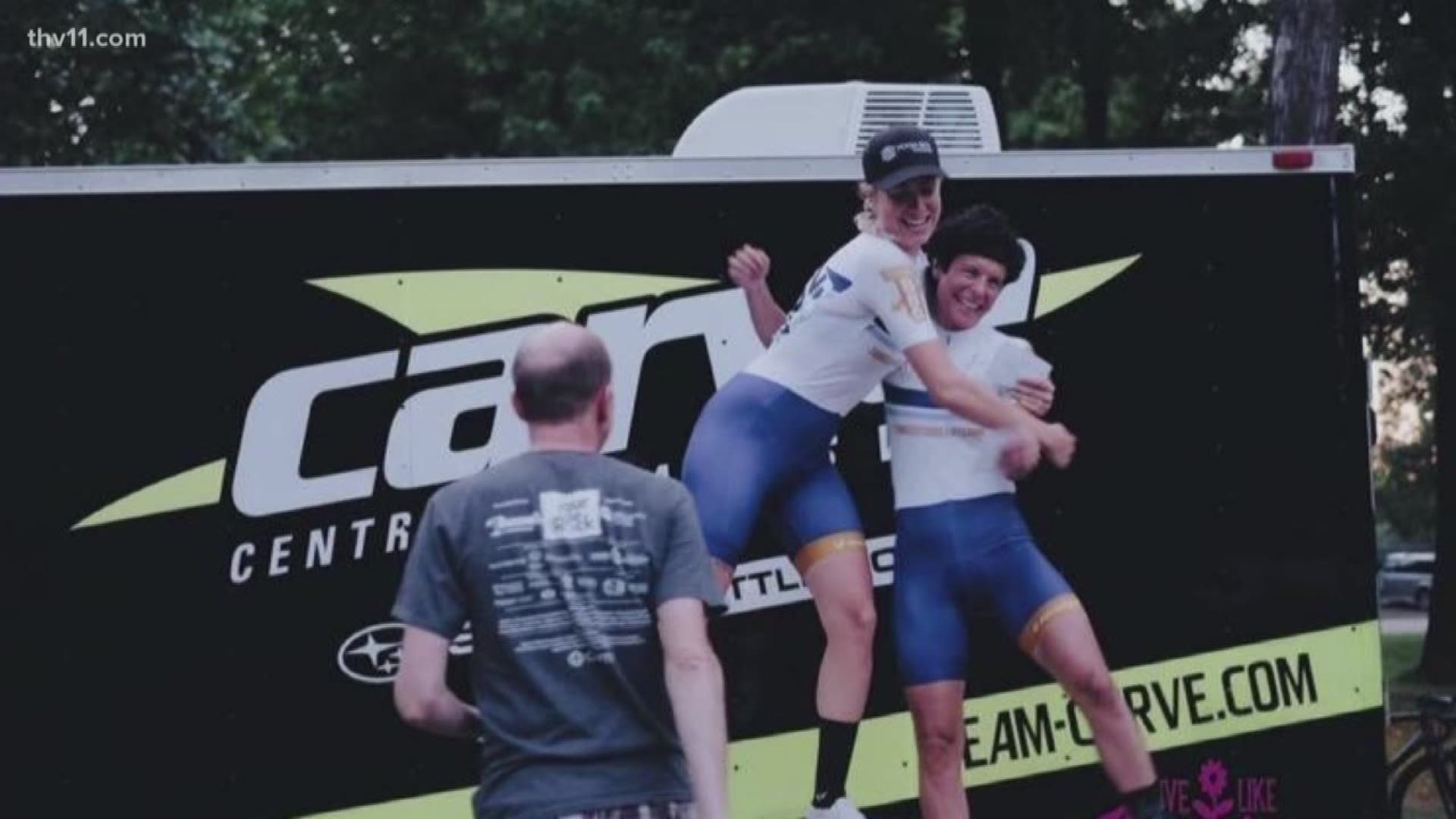 LITTLE ROCK, Ark. — A central Arkansas cycling club is left scrambling after its trailer was stolen in Little Rock.

Matthew Bevans is the race Team Director for Central Arkansas Velo (CARVE). He said the club is busy getting ready for a race series at UALR this week.

"So, we needed a place close by to house the trailer for easy access back and forth each week,” he said.

The trailer was parked in the parking lot of Donnie's Foreign Car Services in West Little Rock over the weekend. By Sunday morning, it was gone and the trailer's lock was found cut in half in the lot.

"That trailer has all of our materials we use to put on these races such as our podiums and generators and canopies. Everything we need to put on these events,” Bevans said.

Bevans estimates the items together cost about $10,000. But he said most of it has the Carve logo on it.

"The trailer is wrapped, it’s very noticeable,” He said. "It looks just like our Carve Subaru. It's black with the Carve logo on it.”

Bevans said the thieves may have thought the trailer contained bicycles.

RELATED: Woman biking over 1,000 miles across Arkansas in hopes to attract more people to the Natural State

"Some of the bicycles we ride, they're upwards of 5 to10 thousand dollars. Luckily we didn't have anyone's bikes in it,” Bevans said.

Little Rock police officers are investigating. But because the trailer stands out, Bevans is hoping someone will find it.

"It's kind of sentimental because we've had it for a long time now and it goes to a lot of our events we put on…it's definitely missed,” he said.

If you see a large black trailer with a bright yellow logo on it, you are asked to call Little Rock police.