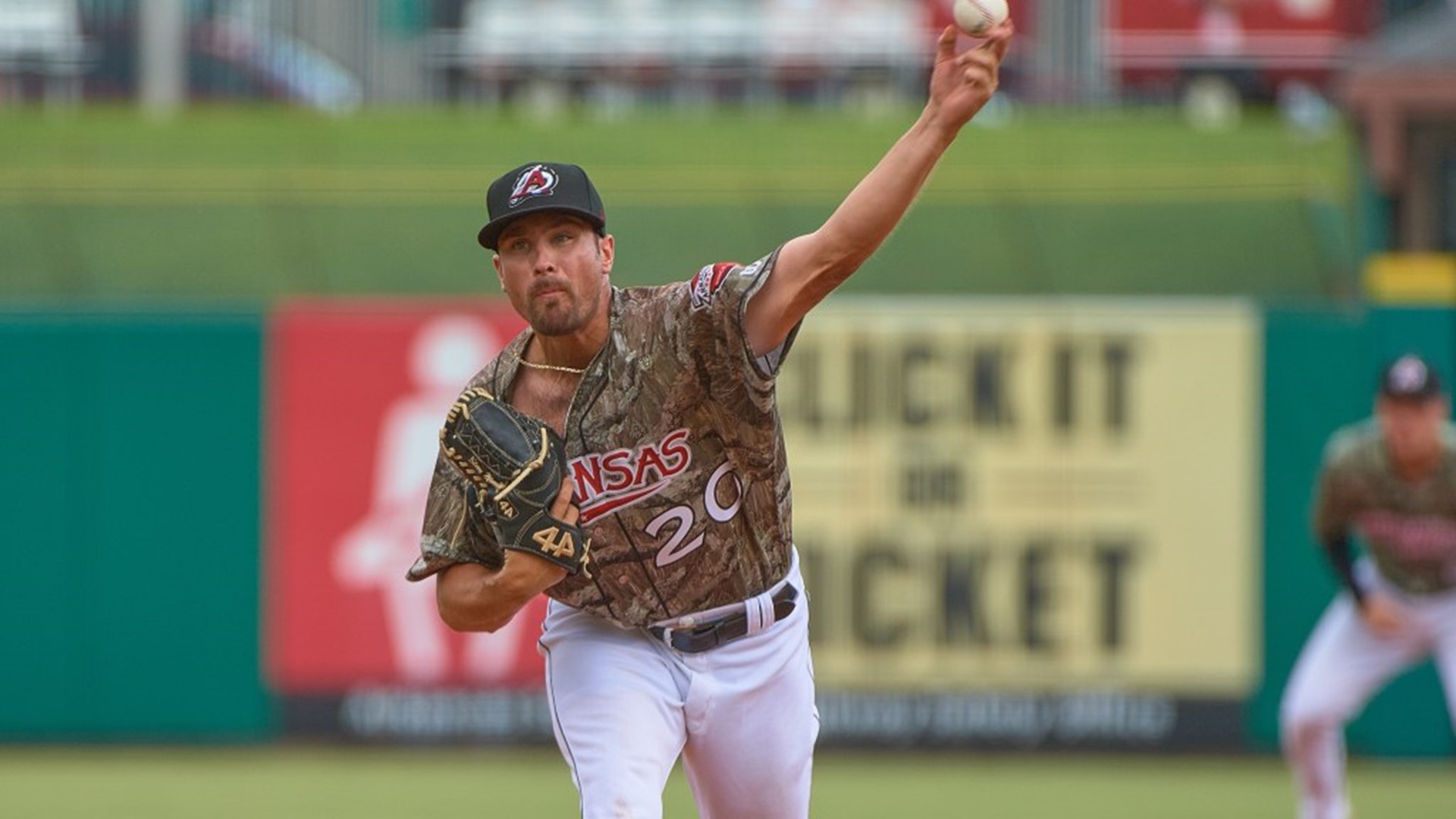 NORTH LITTLE ROCK, Ark. — The Arkansas Travelers finished off an impressive week with a 5-1 win over the Frisco RoughRiders on Sunday afternoon. The Travs won five of the six games in the series from the Riders who own the league’s best record. Keegan McGovern broke put Arkansas on top with a go-ahead single in the eighth inning before David Masters blasted a three-run home run to provide extra cushion. Steven Moyers was the winner out of the Travs bullpen firing four hitless shutout innings from the fifth through the eighth.

* Arkansas loaded the bases to open the game on two walks and a hit batter before scoring on a balk but they were unable to add on.

* The Travs turned an inning ending double play with two on in the top of the eighth to keep the game tied at one setting up the offensive heroics in the bottom of the inning.

* Tyler Herb returned from the Injured List, pitching for the first time in three weeks.

* Prior to the game, the Mariners promoted catcher Brian O’Keefe to Triple-A Tacoma and sent catcher Carter Bins from Class-A Everett to Arkansas.

After an off day Monday, the Travs open a six game series against their in-state rivals on Tuesday night in Springdale. Right-hander Alejandro Requena (4-2, 4.59) gets the nod while the Naturals have not announced their starting pitcher. First pitch is scheduled for 7:05 and the game will be broadcast on AM 920 the Sports Animal, the First Pitch App and milb.tv.