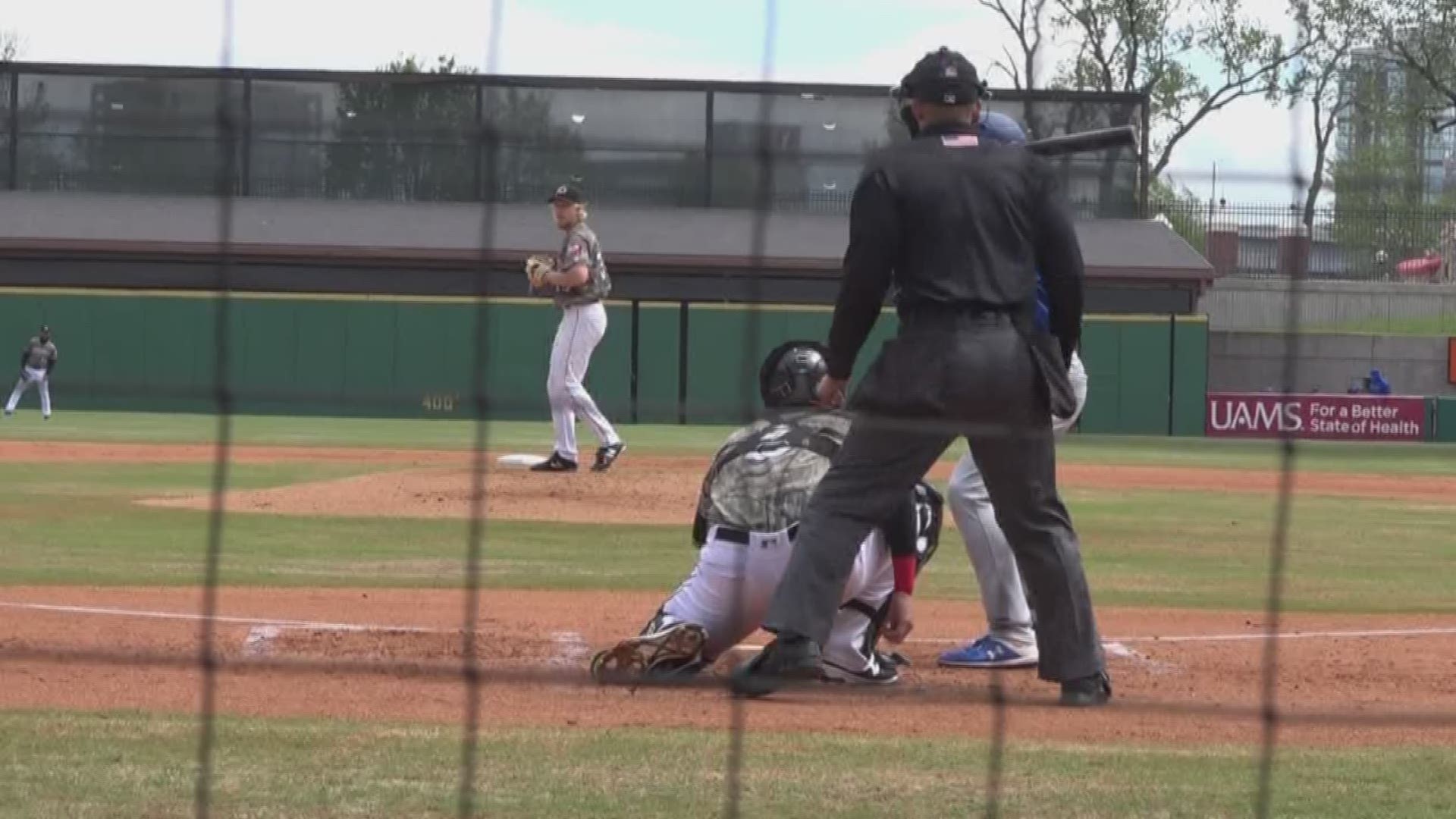 NORTH LITTLE ROCK, Ark. — In one of the most remarkable wins in franchise history, the Arkansas Travelers defeated the Tulsa Drillers, 1-0 in 10 innings on Sunday afternoon while four Drillers pitchers combined to no-hit the Travs in the game. Arkansas managed seven walks and a hit batsman with the winning run scoring on a bases loaded free pass to Joseph Odom. The four Tulsa pitchers to take part in the first Texas League no-no of 2019 were Mitchell White (4 IP),Parker Curry (3 IP), Marshall Kasowski (IP) and Louis Head (1.2 IP). Three Trav pitchers combined to shutout the Drillers on just five hits and one walk. Darren McCaughan authored six shutout innings on three hits with eight strikeouts. Aaron Northcraft followed with two scoreless on one hit with one strikeout. Parker Markel then pitched the ninth and 10th innings allowing one hit with one walk and four strikeouts. The win pushes the Travs to 8-2 on the season and three games up on Tulsa in the North Division.

* Arkansas threatened in the eighth with a pair of walks but Jake Fraley's groundball behind first was handled to being the inning to a close.

* Tulsa had two on with none out in the 10th but Markel went strikeout, groundout, strikeout to keep the game scoreless.

* Joe DeCarlo was hit by a pitch with two out in the bottom of the 10th to kick start the winning rally. Jordan Cowan and Odom then drew bases on balls to force home the game-winner.

* It was the first time for the Travs to be no-hit since 2015 when it was done by Chris Devenski and Josh Hader of Corpus Christi in a six inning game. It was the 14th time in history a Travs team has been no-hit.

Arkansas welcomes in their in-state rivals, NW Arkansas for a three-game series beginning Monday night at 7:10. Right-hander Justin Dunn (0-0, 3.12) makes the start against righty Jace Vines (0-1, 1.00). It is a Moix Monday Pup-day so bring your dog to the ballpark for $3 GA tickets. The game will also be broadcast on the Sports Animal 920, the First Pitch App, TuneIn radio and milb.tv.