Travs rally to get win in support of Sheffield 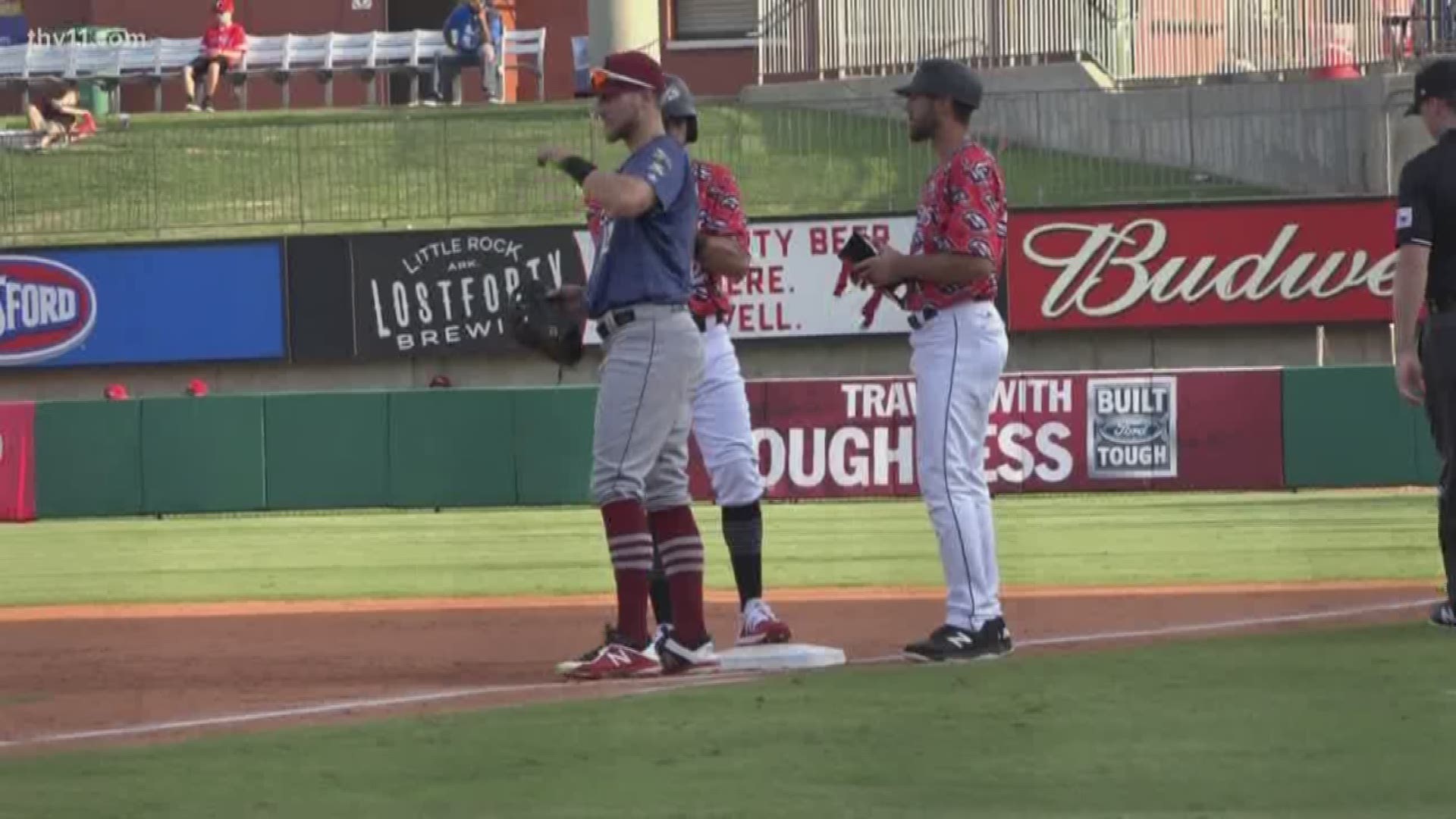 NORTH LITTLE ROCK, Ark. — The Arkansas Travelers turned a game around with a three-run bottom of the fifth on their way to a 4-3 win over the Frisco RoughRiders on Saturday night at Dickey-Stephens Park. Justus Sheffield pitched 7.1 innings and struck out eight while allowing just two runs to earn the victory. After being shutout last night, Logan Taylor got the Travs on the board with an RBI double in the fifth and ignite the big inning. The win was the 60th of the season for the Travs.

* Sheffield forced the RoughRiders to leave the bases loaded in the top of the fifth inning, keeping the margin at two.

* Taylor scored on a balk in the bottom of the fifth to tie the game and Luis Liberato followed with a walk to keep the rally going. After stealing second, Liberato scored when Evan White scorched a groundball past the second baseman to put the Travs in front.

* Art Warren pitched the ninth for his league leading 11th save.

* Arkansas is 16-3 at home when scoring at least four runs.

The series continues on Sunday night with right-hander Ljay Newsome making his Double-A debut as the Travs starter against righty Edgar Arredondo (5-3, 4.82). First pitch is at 6:10 and kids can run the bases afterwards. The game will also be broadcast on the Sports Animal 920, the First Pitch App, TuneIn radio and milb.tv.