The Travs offense put up runs early with one in the first, one in the second and two in the third 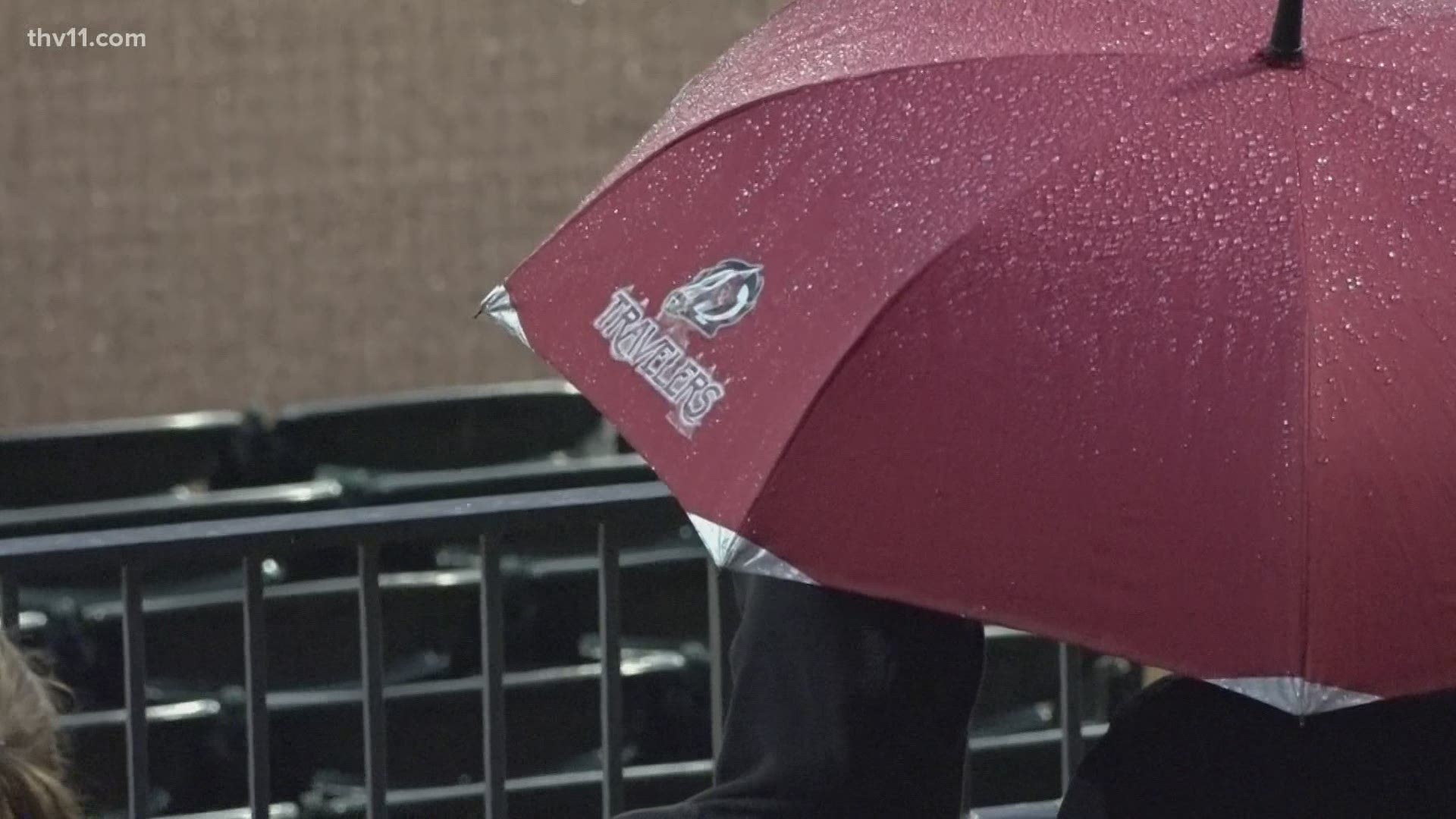 NORTH LITTLE ROCK, Ark. — The Arkansas Travelers beat the rain and the Northwest Arkansas Naturals on Friday night, 4-0 in a four and a half inning rain shorted game at Dickey-Stephens Park. Rain began falling just after the first pitch and did not let up until well after the tarp had been placed on the field in the middle of the fifth. The Travs offense put up runs early with one in the first, one in the second and two in the third. All nine Traveler hitters reached base safely, eight with a hit and the other, Keegan McGovern drew two walks. Penn Murfee and Reid Morgan combined on the three hit shutout. Murfee tossed the first 3.2 innings allowing only one hit and two walks while striking out six. Morgan was credited with the win after recording the final four outs.

* Jordan Cowan opened the game with a hustle double to shallow left field along the line. He moved to third on a bunt hit from Connor Kopach before scoring on a wild pitch.

* The shutout was the first of the season for Arkansas.

* Jake Scheiner has a hit in each of the first four games of the season.

The Travs try to make it three in a row on Saturday night as they host the Naturals again. Right-hander Devin Sweet makes his season debut for Arkansas opposing right-hander Alec Marsh. First pitch is at 6:10 with a clear bag giveaway. The game will also be broadcast on the Sports Animal 920, the First Pitch App and milb.tv.