Little Rock was led by junior Laura Jansen but could not overcome a career day by Bears' hitter Brooklyn Cink. 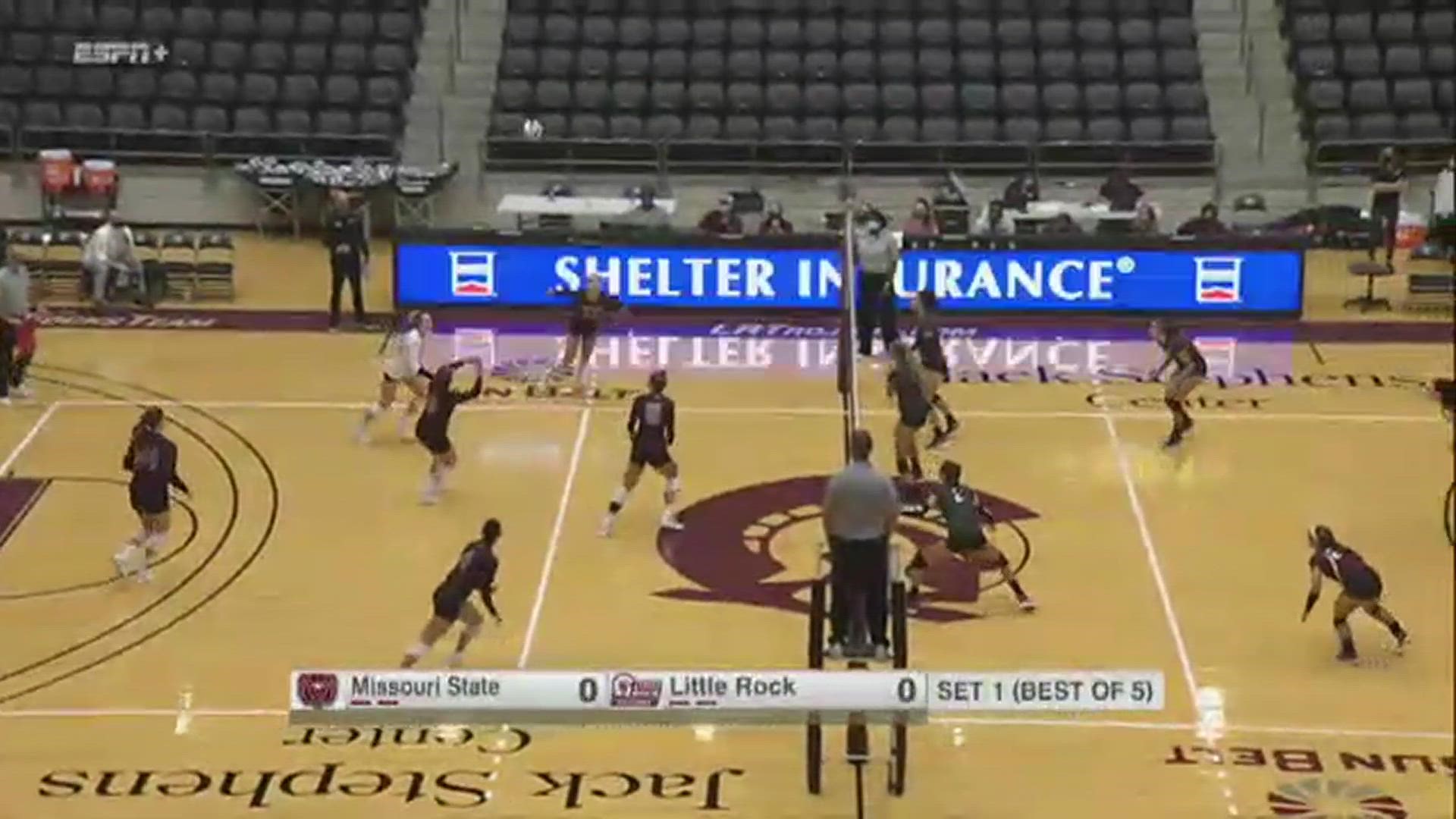 LITTLE ROCK, Ark. — Little Rock combined for 10 blocks and limited Missouri State to just a .200 hitting mark but dropped a close match in the season opener for both teams with a 3-0 decision at the Jack Stephens Center Sunday afternoon.

It would be the defensive adjustments from Saturday's exhibition that were most notable for the host Trojans (0-1), forcing 20 hitting errors by the visiting Bears (1-0). But Missouri State was able to finish late, withstanding a Little Rock run in a tense second set that ended 27-25.

Beyond the Box Score

Leaders by the Numbers

Little Rock will open Sun Belt Conference play next weekend with a three-game series against Louisiana (6-0).