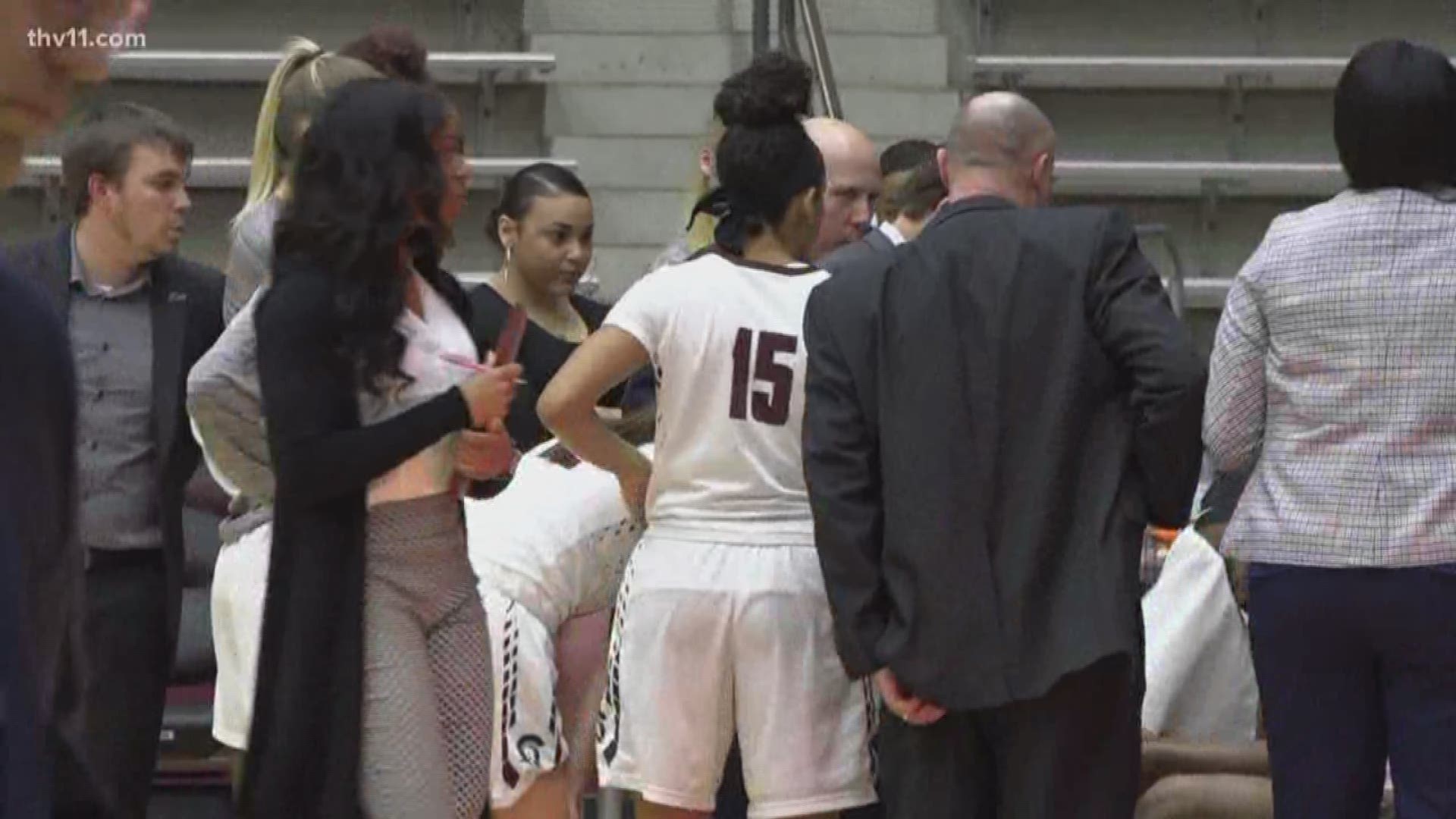 LITTLE ROCK, Ark. —  It was a hard-fought battle between the Trojans and the South Alabama Jaguars, but late defense and clutch free-throw shooting down the stretch gave Little Rock the edge in a 47-44 victory.

Ronjanae DeGray notched a double-double and led the Trojan offense with 15 points and 11 rebounds. Kyra Collier tallied 11 points on the night and also grabbed five rebounds.

Both teams had very difficult shooting nights as South Alabama would only shoot 32 percent (19-59) from the floor, but the Trojans would not fare much better, shooting only 33 percent (18-54), tying their fourth lowest-scoring game of the season.

KCollier wasted no time getting involved in the offense with a three on the Trojans' first possession. Ro. DeGray followed with a three consecutive mid-range jumpers and Little Rock got out to an early 9-0 lead, forcing a South Alabama timeout. The Jaguars would catch fire after the timeout, however, going on a 10-0 run to take the lead. After a sloppy first quarter from both teams, Little Rock took a 11-10 lead at the end of the first period.

Collier started the second quarter with a tough fade away jumper to get things started. Both teams would struggle greatly in the following minutes as South Alabama started the game just 6-33 from the field while the Trojans were only 8-26. Tori Lasker knocked down a step-back three just under the two-minute mark in the second quarter to breathe some life into the Trojan offense. Little Rock's defense was the highlight of the game, holding the Jaguars to just 18 percent from the field in the first half.

The DeGray sisters each added a basket to start the second half. Ro. DeGray got into double figures with a three-point play and pushed the lead to 10 points just before the media timeout in the third quarter. The Trojans had a very tough stretch before the end of the quarter as South Alabama hit a layup at the buzzer to cap off an 8-0 run. Little Rock would take a 31-29 lead heading into the final ten minutes.

The Jaguars took the lead by scoring two quick baskets to start the fourth quarter and forced a Little Rock timeout. Lasker hit a huge three to give the Trojans the advantage just before the seven-minute mark in the fourth quarter. Consecutive layups by Terrion Moore and Ro. DeGray gave Little Rock some much-needed momentum in the dying minutes. Two free throws by Ro. DeGray gave the Trojans a four-point lead with 22 seconds left, but a Jaguar three cut the lead to just one point with 15 seconds to go. However, clutch free-throw shooting from Collier and Moore, going a combined 4-4 from the line, gave the Trojans the breathing room they needed to eventually grind out a 47-44 win at home.

The Trojans will head back on the road next weekend when they travel to Arlington, Texas to take on second-place UT Arlington Feb. 14 at 7 p.m. on ESPN+.