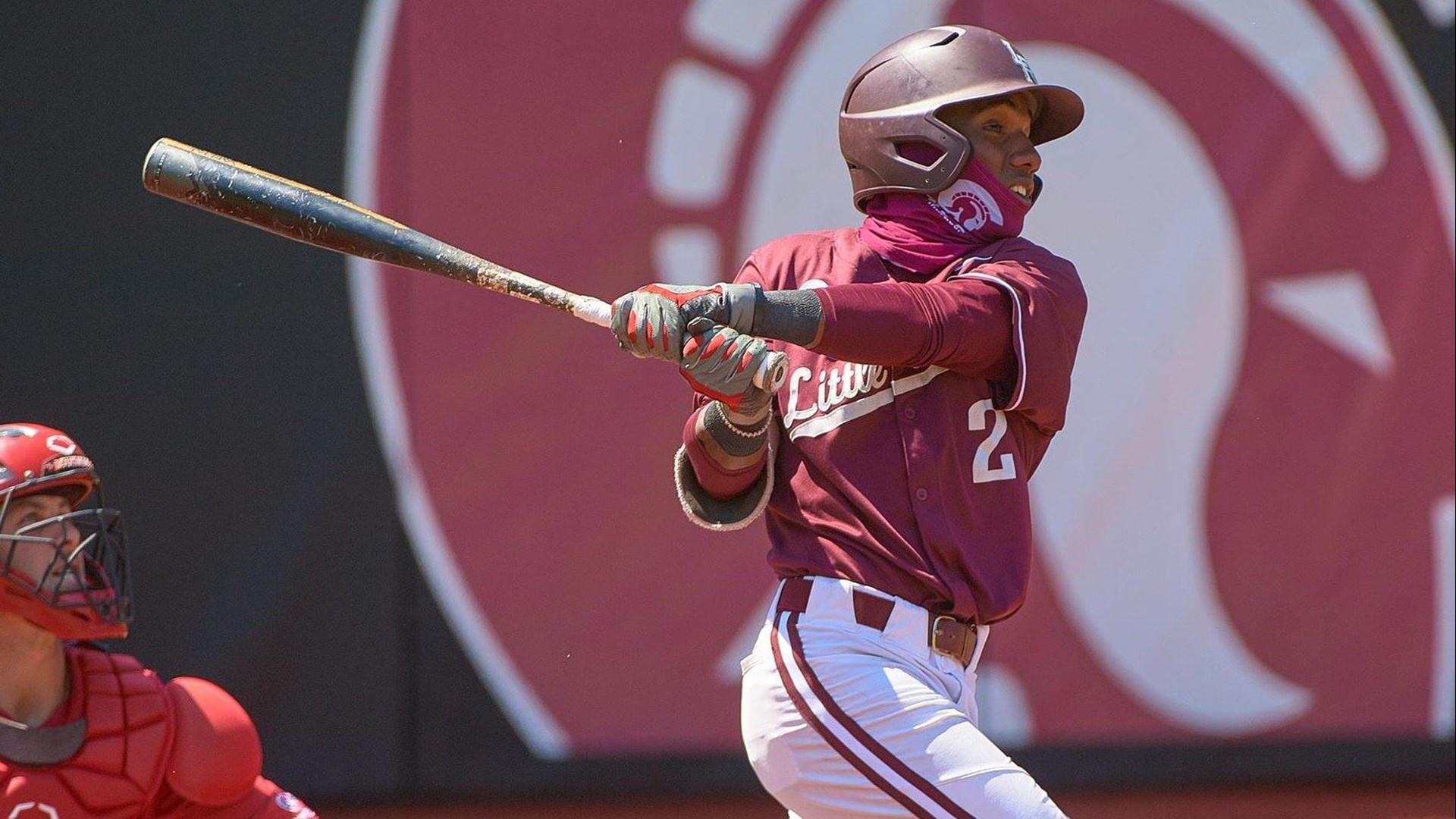 LITTLE ROCK, Arkansas — Little Rock held a 4-2 lead after four in the series finale against Louisiana, but were kept off the scoreboard over the final five innings as the Ragin' Cajuns scored five unanswered to take 7-4 victory Sunday at Gary Hogan Field.

The loss snapped the Trojans' 11-game home winning streak, but Little Rock ends the weekend in sole possession of first place in the Sun Belt West Division thanks to the series win over the Ragin' Cajuns. Little Rock (9-6) holds a one game lead over Louisiana (8-7) and a game and a half lead over UT Arlington (7-5).

Like in Saturday's victory, Kobe Barnum gave the Trojans the lead in the second inning, using a two-out single to left to score Noah Dickerson, who reached base on a two-out double of his own, putting Little Rock on top 1-0.

Louisiana responded with a pair of runs in the fourth, using three-straight singles to open the inning and a sacrifice fly. The Trojans would answer in the bottom half of the fourth, once again making noise with two gone. A walk to Dickerson and a single by Barnum put two on for Jake Wright, who sent a shot through the right side of the infield to score Dickerson and tie the game at 2-2.

Eldrige Figueroa then took a 1-1 count and sent a shot deep to right, bouncing off the wall and allowing Barnum and Wright to score as he slid in safely with a double, putting the Little Rock lead at 4-2.

Little Rock would continue to get runners in scoring position, but couldn't come through with the key hit when it needed it. The Trojans would leave a pair of runners on base in the fifth, sixth, seventh and eighth innings, stranding 12 on base on the afternoon.

Louisiana took advantage of the missed opportunities, scoring once in the sixth to make it 4-3, then two in the seventh to reclaim the lead at 5-4. Two more runs in the ninth added a pair of insurance runs, and Little Rock was unable to mount its fourth walk-off rally of the season, dropping the series finale.

Little Rock tallied nine hits on the day, led by a pair each from Tyler Williams, Barnum and Figueroa, who led the team with a pair of RBI. Dickerson was 1-for-4 and scored twice, as the Trojans were able to draw six walks on the afternoon to help spark opportunities.

On the mound, Little Rock went through six pitchers as starter Jack DeCooman had a solid Sunday start, allowing two runs on six hits with four strikeouts over four innings, earning the no decision. Luke Wallner was credited with the loss after allowing the two go-ahead runs in the seventh.

The Trojans will now get ready for a tough road stretch, playing seven-straight away from the friendly confines of Gary Hogan Field. That stretch begins with another top-of-the-division showdown, traveling to Texas this weekend for a three-game series against UT Arlington with first pitch scheduled for 6 p.m. Friday, April 30.